The public beta version of iOS 9.3 for non-developer testers is now available. The first iOS 9.3 beta was first released earlier this week to registered developers and includes a number of new mid-cycle features and enhancements. These include secure passwords and Touch ID protection for Notes, a new Night Shift feature to adjust display temperate in the evening, and expanded 3D Touch quick actions on the latest iPhones. iOS 9.3 Beta 1.1 is also available for registered developers.

iOS 9.3 beta 1.1 resolves an issue several testers experienced during installation. Check out our full coverage of iOS 9.3 and other betas released earlier this week below: 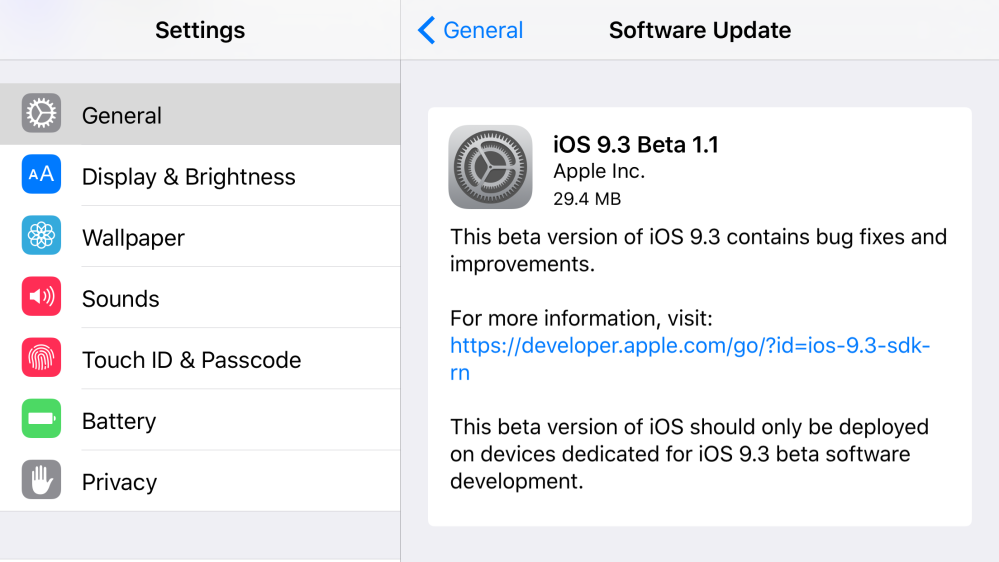 @9to5mac @apollozac this is what’s been fixed in 1.1 update pic.twitter.com/Y3I0ypfDoc