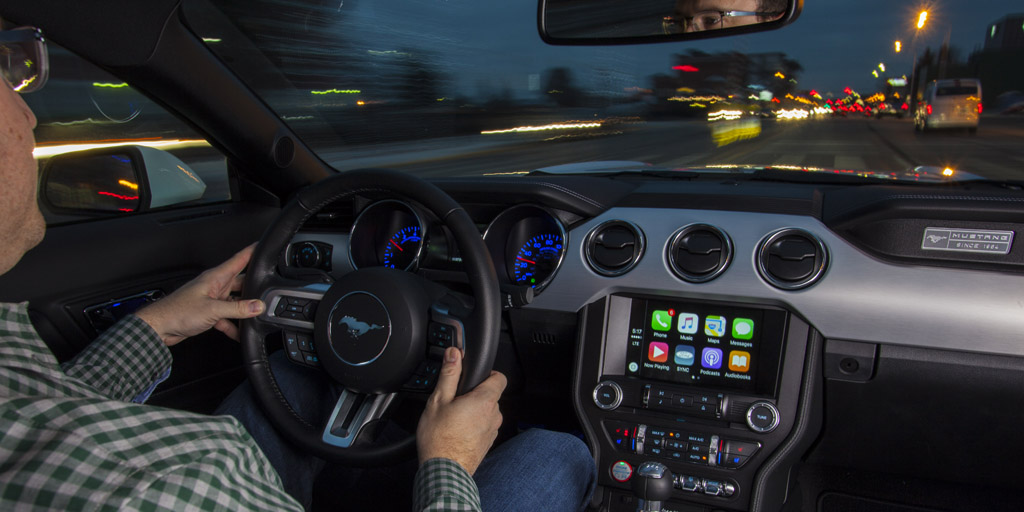 Regarding autonomy, the Ford exec believes that the industry will reach Level 4 autonomous driving. This means that cars will be able to drive themselves in well-mapped areas in well-mapped conditions, i.e. main roads, highways and cities. He also suggests that companies like Apple or Google could partner with companies like Ford to speed up innovation in the car sector. Today, Ford is a close partner in Apple’s CarPlay system, promising to bring integrations to cars in 2016.

Ford seems to be bullish on the adoption of the technology and the integration with technology companies. However, Dave Anderson, a representative from automotive integration at Nvidia was not as convinced regarding Apple’s entrance. He warned that the process of making cars is arduous and involved, claiming both Apple and Google have a lot more learning to do before they can release their own successful electric vehicles.

It is likely that Apple’s presence in the vehicles industry has grown since it made an appearance at a global car conference in November, leading executives to consider the proposition more seriously. Last week, Elon Musk described Apple’s electric car efforts as an ‘open secret’, claiming it could be compelling. The tangible Apple Car will remain a mystery for the foreseeable future, however.