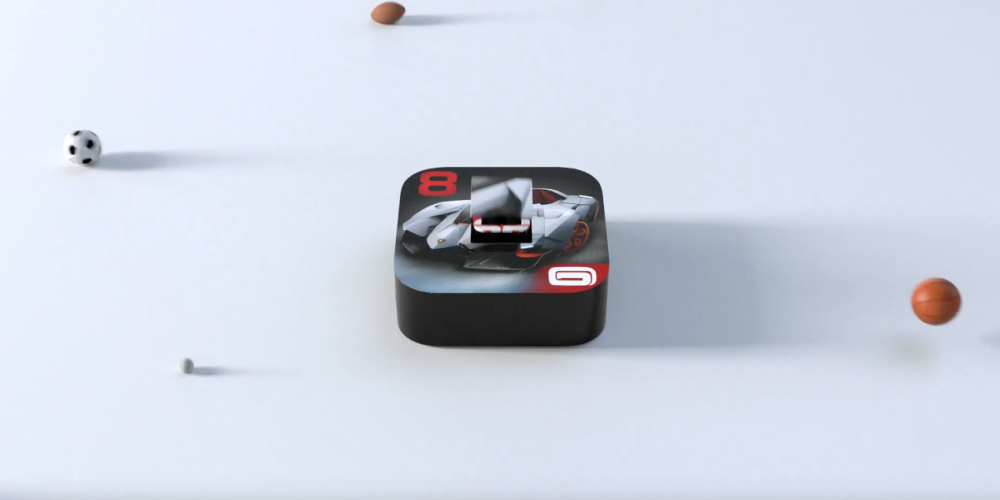 Apple this evening has shared a new advertisement for its Apple TV set-top box. This ad continues the trend of the company highlighting the tvOS App Store that is available on the device, showcasing a handful of the most popular applications available so far. The ad is entitled “Apple TV – The Future of TV is Apps,” which is a slogan Apple has used since the launch of the device back in October.

In the ad, which can be viewed below, Apple showcases a variety of different apps for tvOS. The ad highlights apps such as Netflix, ESPN, Asphalt 8, Disney Infinity, GrubHub, Showtime, Crossy Road, HBO Now, and Fox Now. Apple seems to have made a point to show off several different categories of apps, including entertainment, food, and games.

Apple has ramped up marketing for the fourth-gen Apple TV since its release in October. It has launched a nationwide billboard campaign showing off the device, as well as a variety of TV ads. One ad from last month showcased tvOS apps as well as the content available from iTunes. Apple also released a series of shorter clips in November, each focusing on a specific app.

The ad closes with the multicolored bars that Apple has used in most of its recent Apple TV ads, with the slogan “The future of television” appearing overtop. You can view the latest Apple TV ad below: