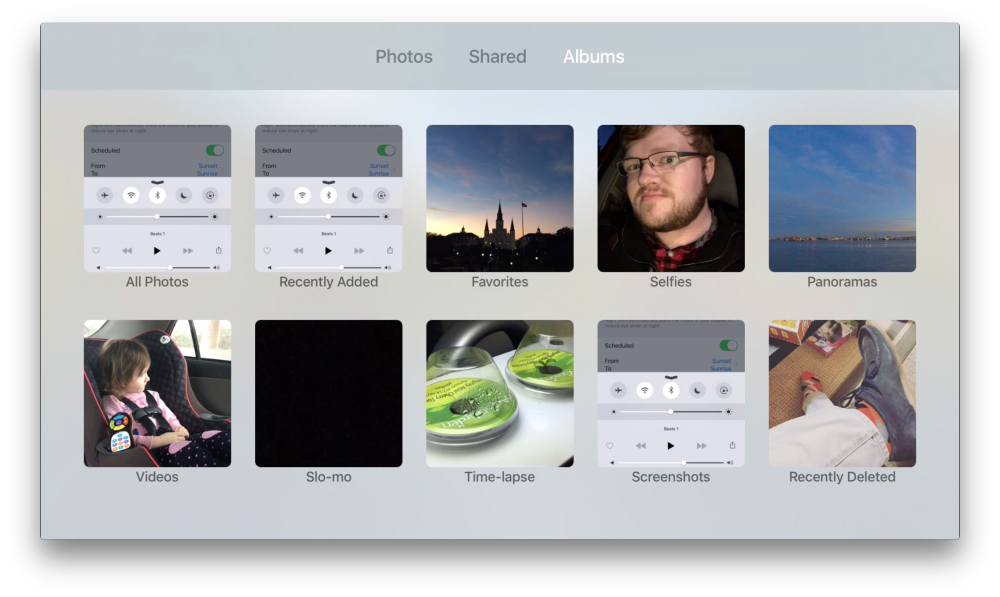 Earlier today, Apple rolled out the second beta of tvOS 9.2 for the fourth-generation Apple TV. The original beta included new features such as folder organization and Bluetooth keyboard support, but one highly requested new feature has been added today with the second beta. With tvOS 9.2 on Apple TV, users can now access their full iCloud Photo Library.

The feature is turned off by default, but can be activated via the Settings app. Simply head into Settings, go to the ‘iCloud’ menu, and choose to enable iCloud Photo Library. Prior to the second beta of tvOS 9.2, only Photo Stream content was available via the Apple TV.

With iCloud Photo Library support, users can now view all of their images on Apple TV just like they would on an iOS device or Mac. The interface is in-line with what you would expect from an Apple TV application. There’s album support for the included default albums such as ‘All Photos,’ ‘Recently Added,’ ‘Favorites,’ and ‘Selfies.’ One thing that’s missing, however, is support for Smart Albums and albums that you created. There’s also no support for the slideshow feature or deleting images.

There’s also support for Live Photos, which certainly will be useful on the large-screen interface of Apple TV. To play Live Photos, users can simply click and hold the trackpad button on the Siri Remote.

Earlier today, Apple released tvOS 9.1.1 to the public. tvOS 9.2 is expected to ship to all fourth-generation Apple TV users later this year. You can view our initial hands-on with the update, including folder support and the new Podcasts app, here.