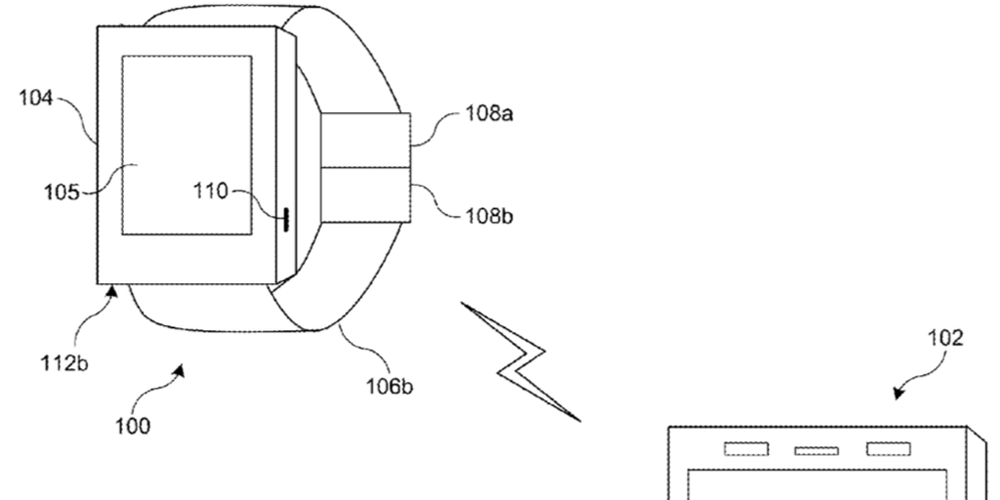 iPhones could in future automatically sound louder or quieter notification alerts depending on the level of background noise. A patent application published today describes how both an iPhone and Apple Watch could periodically measure ambient sound levels, adjusting notification volumes to an appropriate level.

The patent notes that while users can manually adjust the volume of alerts, many don’t do so because they forget or because it’s too much hassle. The patent suggests that the primary sound reading would be taken from the Apple Watch (aka ‘a wearable device’) …

A desired alert volume can differ dramatically based on whether a user is in his office with his device on his desk or in a crowded subway with his device in his pocket. Despite these distinct preferences, a user can keep an alert volume fixed in order to avoid the inconvenience of changing the setting or due to forgetfulness […]

In other words, an iPhone in your pocket or bag can’t accurately measure surrounding noise levels. But by comparing readings from the Watch and phone, the system can automatically work out whether your iPhone is buried somewhere. If it is, it would boost notification volumes to compensate.

The patent also suggests that Siri’s voice-recognition algorithm could be adjusted to suit different levels of background noise.

Other comparisons of sound can be used for other purposes, such as adjusting speech detection algorithms in the host device to account for environmental sounds that may interfere with speech detection.

This is of course just one of thousands of ideas patented by Apple, only a small number of which ever make it into products, but – speaking as one of the lazy ones who just leaves my iPhone volume high the whole time – this certainly seems a very handy feature to add.