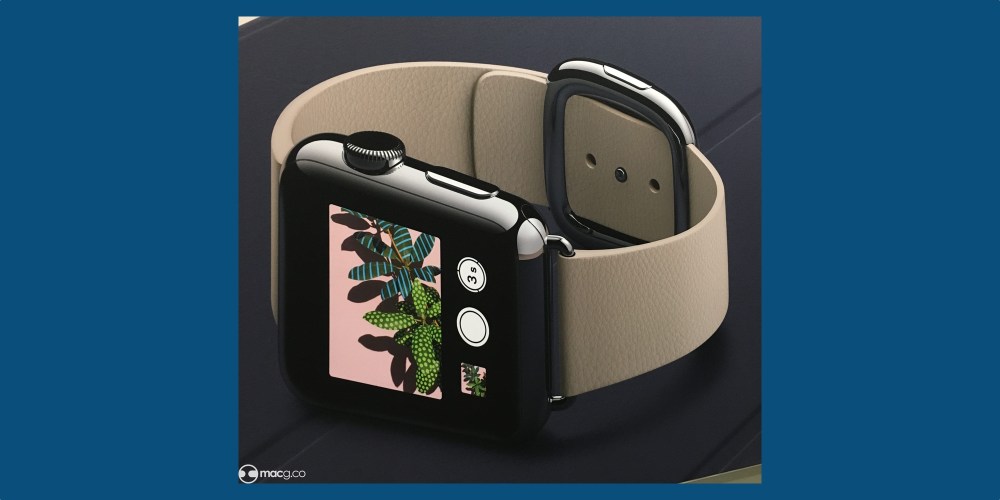 9to5Mac has reported that Apple will hold a media event next month on March 15th where it will unveil the 4-inch iPhone 5se, new iPad Air 3, and new versions of Apple Watch bands. We’ve already seen one band accidentally revealed, the space black Milanese Loop that has yet to be released, and now another space black version of a current Apple Watch band has been spotted in the wild (via WatchGeneration.fr) …

Apple originally only sold the DLC stainless steel space black Apple Watch in 38mm and 42mm versions with the Link Bracelet for a premium over the standard stainless steel version, then introduced a less pricey version in both sizes paired with a black Sport band last fall.

No space black Modern Buckles or versions with what appears to be stone leather like Apple’s Leather Loop has yet to be introduced. 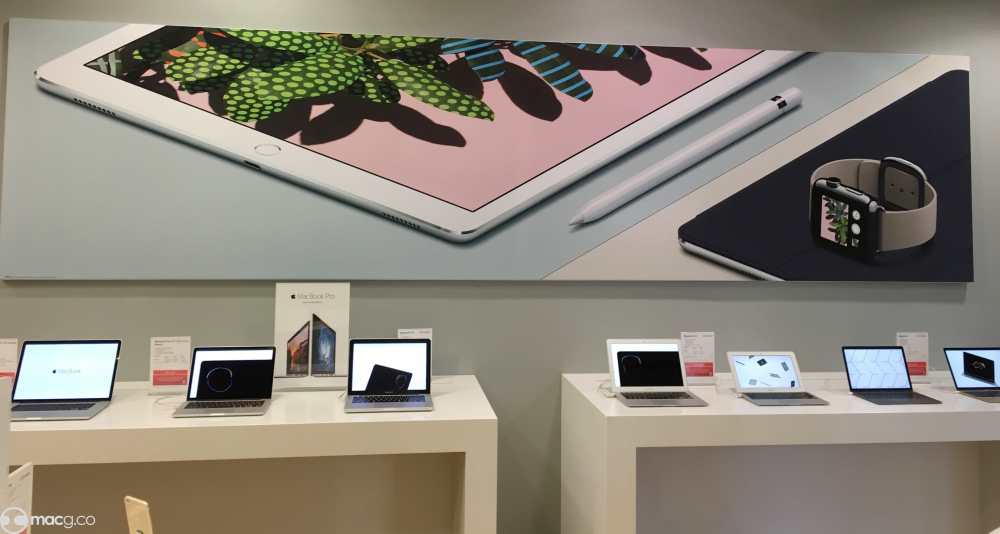 If Apple indeed introduces space black versions of the Modern Buckle band and Apple Watch configuration, pricing will likely be between $249 and $349 per standalone band and $749 to $849 when bought with the space black Apple Watch.

As for the other space black Apple Watch band that we’ve already seen but hasn’t been officially sold yet, Apple briefly ousted that band earlier this year on its Czech website.

The difference here, however, is that we’re dealing with marketing material, not a premature store listing, which we’ve seen in the past time and again as a result of Photoshop mixups.

9to5Mac has since reported that the unreleased space black Milanese Loop and new Sport bands will be introduced next month. Unreleased NATO-style nylon bands have also been in the works and could be released at the same event.

Based on Apple’s history with leaking that it’s expanding the band lineup with more space black versions, it’s possible that the marketing image is an early look at what’s to come, or it could just be a mistake that coincidentally reveals what Apple might or might not inevitably release.

Another (less exciting) possibility is that the image shows a stainless steel and soft pink Modern Buckle Apple Watch catching the reflection of the charcoal gray Smart Cover, but based on the imagery I’m not certain about that.