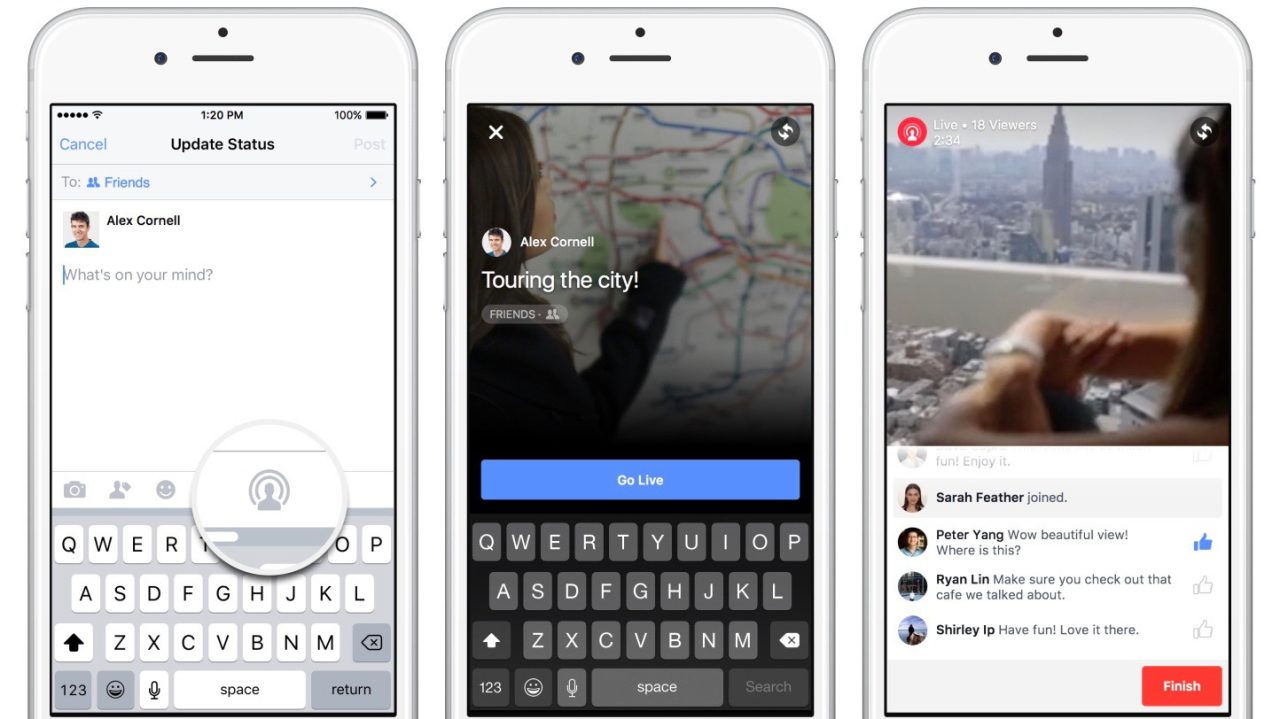 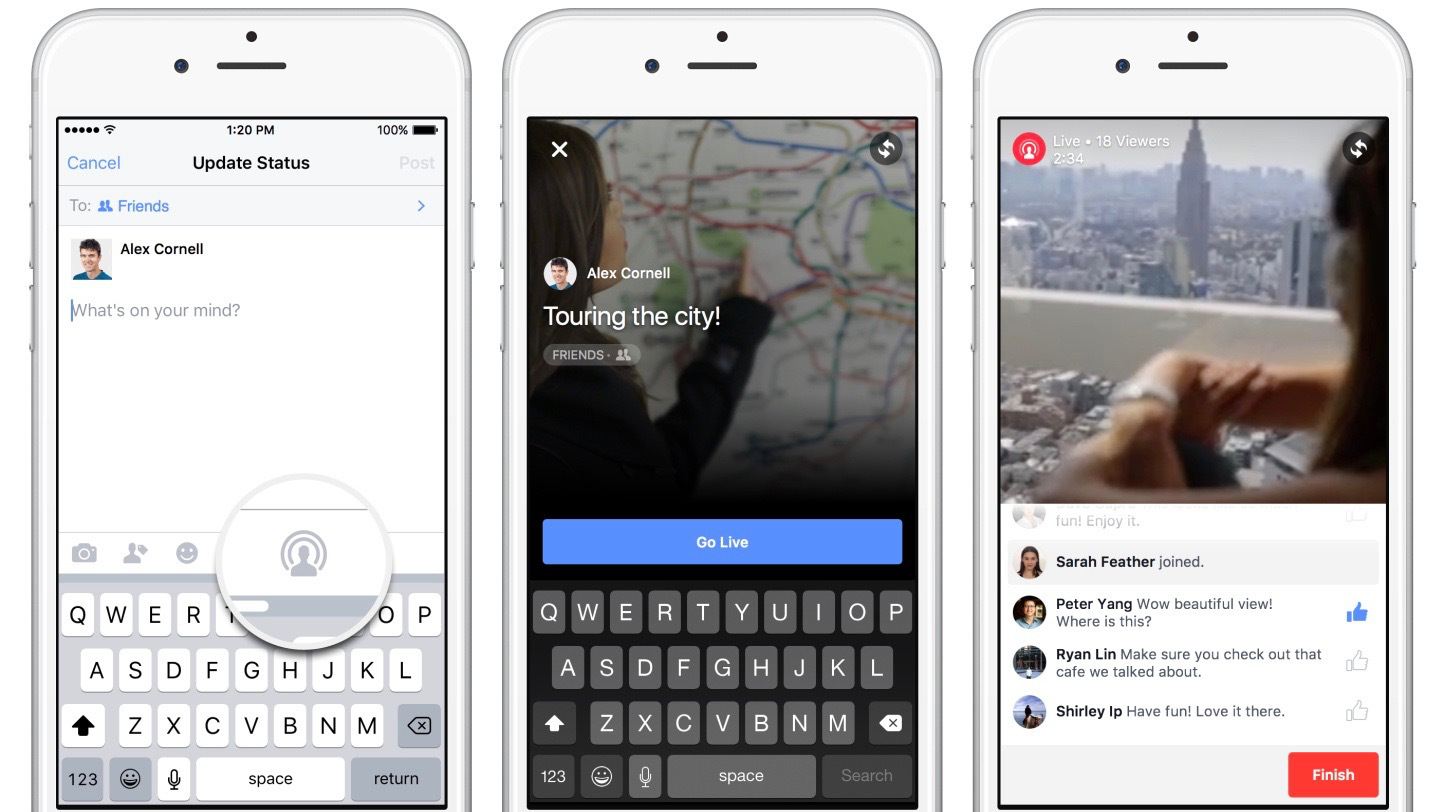 Facebook has announced that the Periscope-style live video broadcast feature it launched in the U.S. last month will be rolling out to more than 30 new countries “in the coming weeks” – though it hasn’t revealed which ones. The feature also made its way across to U.S. Android devices today.

Facebook often adds features without a formal update to the app. The best way to trigger a check for new features is to restart the app. At the time of writing, it hadn’t yet hit my app in the UK.

To share live video, simply tap “What’s on your mind?” at the top of News Feed and select the Live Video icon. You can write a quick description and select the audience before going live.

Once you end the live broadcast, the video will remain on your timeline as a recorded one – which you can of course delete if desired.