Considering that many of these Macs shipped with anemic 128GB or 256GB SSDs, this can be considered a major upgrade. For instance, with MacBook Airs that featured 128GB of flash storage space, a 1TB upgrade equals 8x the storage space, a significant increase in eligible storage.

As someone who owns a Late-2013 MacBook Pro with Retina display, I’ve long been frustrated with the lack of available storage space internally. Up until now, no solutions were made available to address the issue, but after an extended wait time, OWC has fulfilled its promise to bring flash storage upgrade solutions to late model Apple laptops.

The great thing about using OWC for upgrades is that the solution is generally straightforward and painless. On its website, OWC states that the upgrade is as simple as removing a few screws with the compact Torx T5 and Pentalobe P5 drivers included with the upgrade kit. 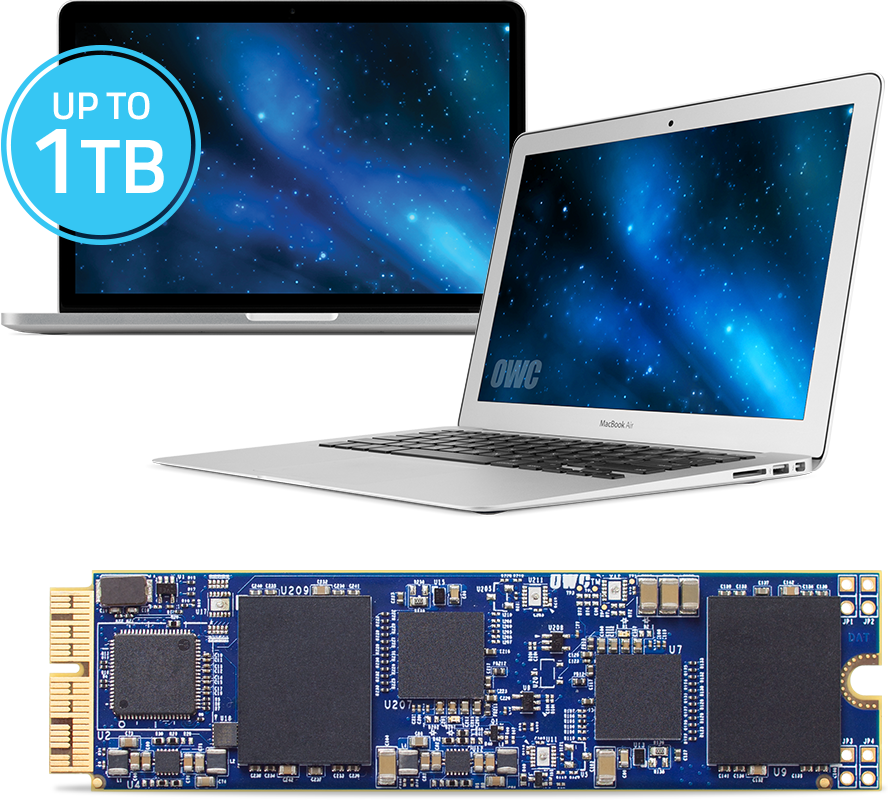 Not only is the upgrade easy to perform, but for an additional cost, OWC will include an Envoy Pro SSD enclosure meant for repurposing the old factory-installed flash storage drive that you replace. You can then use the Envoy Pro to move your data to the new upgraded drive.

For someone like me who often edits with Final Cut Pro X and Logic Pro X, low storage space is always something I’m having to contend with. True, I’m used to having external drives attached to my MacBook throughout the day, but after this upgrade, it will certainly be nice not to have to do that as often.

Here are the MacBook Pro models that are eligible for the storage upgrade:

And here are the eligible MacBook Air models:

Kits start at $347.99 for the 480GB upgrade without enclosure, and $399.00 with the enclosure. 1TB models go for $597.99 sans enclosure and $649.00 with the enclosure. You can purchase an Aura PCIe-based flash storage upgrade via OWC’s website, although the drives won’t be available until near the end of March. All Aura drives come with free shipping, a 30-day money back guarantee, and a 3-year warranty.