U.S. Attorney General argues San Bernardino County is the owner of the iPhone, Apple should help ‘the customer’ [Video] 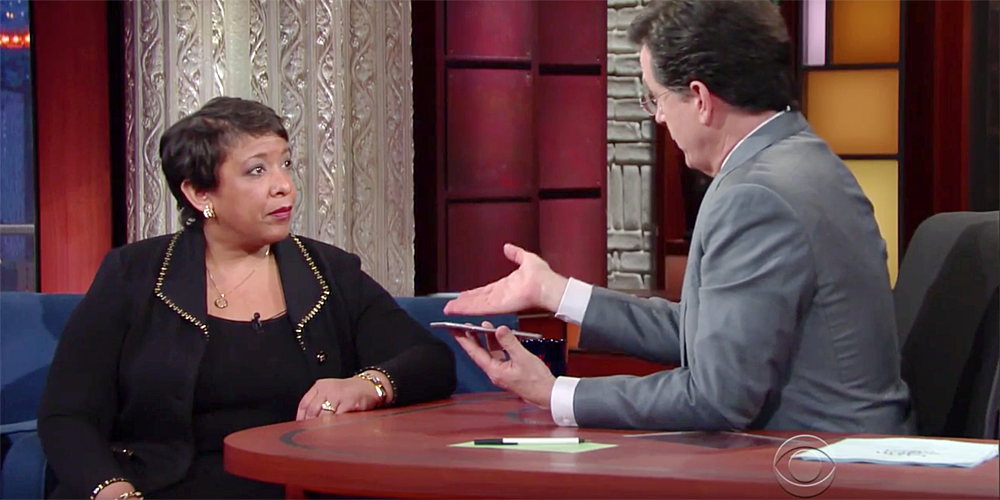 In an interview on The Late Show, U.S. Attorney General Loretta Lynch told Stephen Colbert that the government in the San Bernardino case simply wants Apple to help a customer.

What we’re asking [Apple] to do is to do what the customer wants. The real owner of the phone is the County, the employer of one of the terrorists who is now dead.

Lynch otherwise briefly repeats arguments we’ve heard before – that it isn’t a back door, that it doesn’t compromise encryption, that it is just this one iPhone the government wants to access.

While the FBI also began with the ‘one-off deal’ argument, it has since admitted under oath that the case would set a precedent, potentially even allowing foreign governments to demand the same access, so it’s a little surprising to hear this idea still being put forward today.

The argument that the County is the customer, however, would seem a better tack for the government to take.

The brief discussion starts at the 2m 55s mark.