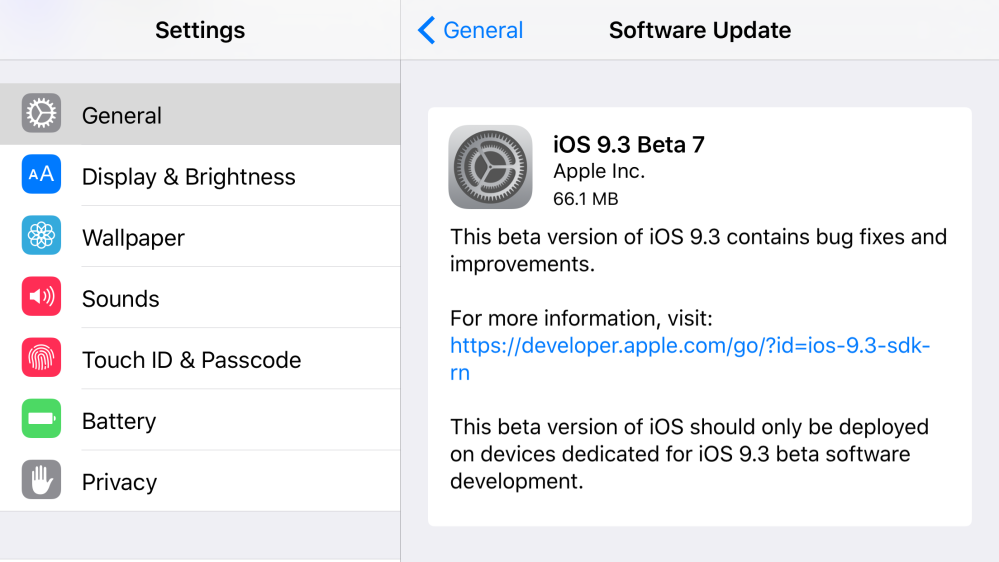 Apple has released seventh iOS 9.3 pre-release beta for developers and public beta testers to ahead of its expected public release next week. Features include a new Night Shift mode that auto changes the display temperature, Touch ID- and password-protected items in the Notes app, new CarPlay features, expanded 3D Touch options on apps such as Settings, and more.

Beta 6 was released last week and was relatively small in the grand scheme of things.

The update is rolling out to developers and public beta testers and comes in at 66.1MB.

If you notice changes, let us know in the comments.