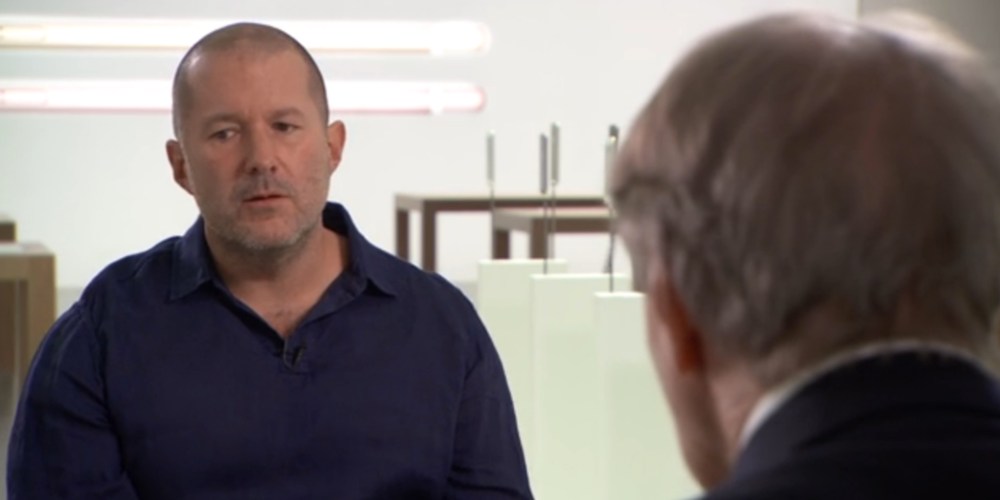 Following the extensive 60 Minutes piece last December, Charlie Rose has shared yet another interview with Apple design head Jony Ive. In the 35 minute interview, Rose and Ive discuss the qualities that “make Apple Apple” and the role of design in the company’s identity.

The interview starts by focusing on the qualities that Apple looks for in employees to create a culture driven around innovation and design, noting that the focus is never monetary, but rather entirely design and product:

One interesting tidbit in the interview comes with Ive telling a story of a time he and late Apple CEO Steve Jobs were shopping in Italy. Ive described how both of them immediately noticed a certain change in reflection on a knife that was for sale, something that Ive believes shows how close he and Jobs were and just how like-minded they were when it came to noticing design qualities.

Also on that relationship, Ive talked about how in his early days of working with Jobs, he would try to get the former CEO to be slightly nicer when it came to analyzing design ideas. Jobs, however, didn’t buy Ive’s theory and said that Ive was too worried about wanting the rest of the design team to like him. Ive explains that this led to the culture of the team being focused on designing the best products, not letting “personal frailties” get involved.

Ive was also asked about how he views himself, a designer of technology products, having to keep the idea of technical limitations in mind while creating the look of a device. Ive explained that one thing he’s always tried to be good at is admitting when he is wrong and tacking the full blame for his screw ups:

I think I’m part artist, part designer, part engineer, part builder, and part craftsman. But in all of that, I’m comfortable with being surprised and being wrong and I’m the first person to raise my hand when something I thought would be good was actually appalling. It’s important to be very self-critical.

Finally, Ive pointed out that products that Apple designs and releases are very much a representation of the company’s beliefs, ideas, and personalities. “The products are the physical manifestation of a set of beliefs,” Ive said.

The full 35 minute interview, which I highly recommended if you are at all interested in the story behind many of Apple’s design decisions, is available below: