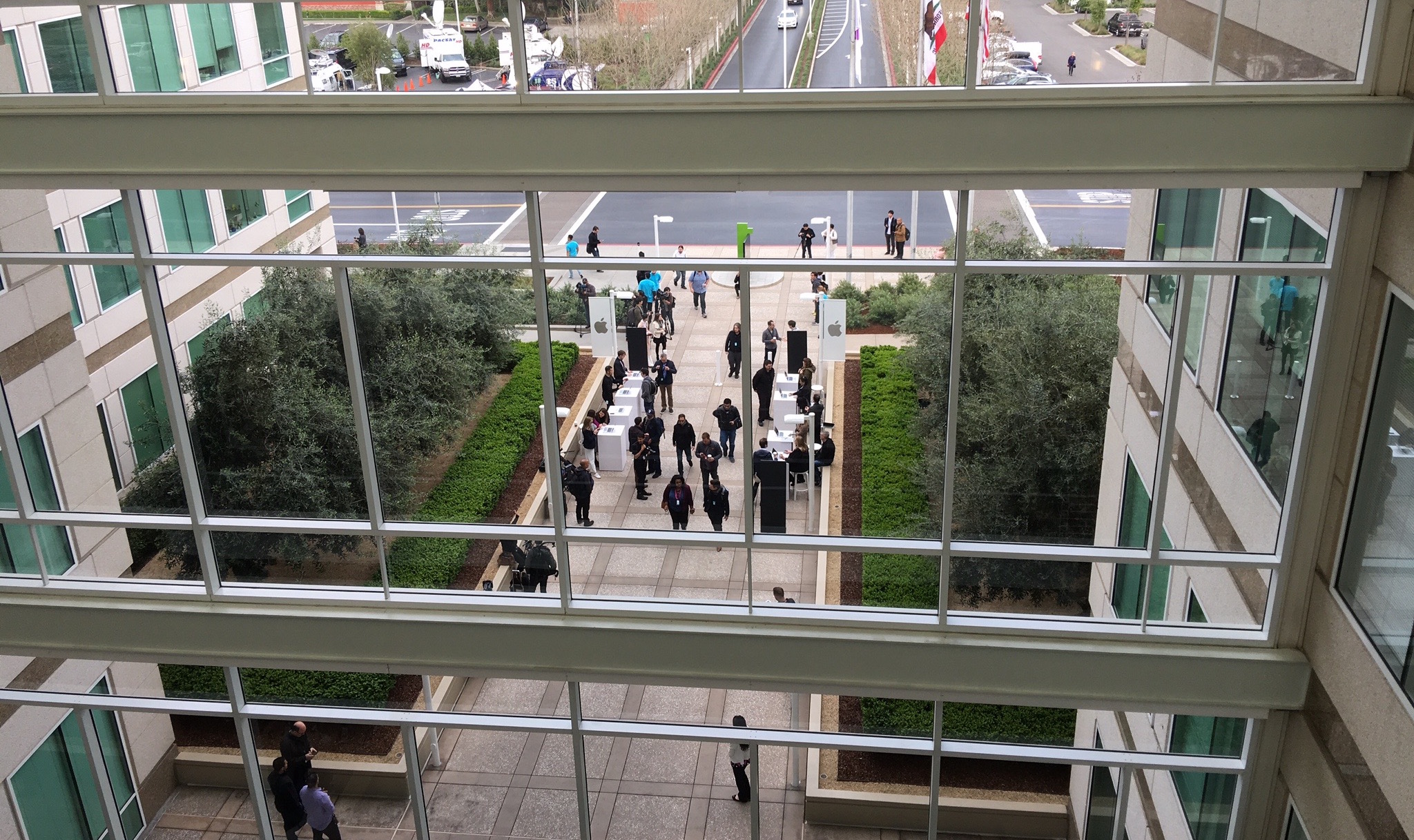 It’s March 21st, the day of Apple’s March 2016 media event. As we’ve been reporting over the past several months, Apple is set to debut a new 4-inch smartphone called the iPhone SE, a 9.7-inch version of the iPad Pro, and new Apple Watch bands. You can read our extensive roundup to see all of our expectations. It is still to be seen if Apple CEO Tim Cook takes the stage to discuss the Apple/FBI case, which goes to court tomorrow morning. In this News Hub, we will be live blogging all of the major announcements and highlighting all of our site-wide coverage of the event. The event begins at 10 AM Pacific Time/1 PM Eastern Time, but we’ll be updating this post with the latest details before the event as well.

Be sure to follow us on Twitter for instant updates and read on for the latest in our News Hub:

– Cook back to discuss the iPad.

– iPhone SE sales begin on Thursday, shipping next week, 100 countries by May.

– Greg Joswiak on stage to announce the new 4-inch iPhone: the iPhone SE.

– Williams announces CareKit: first app is for Parkinson’s. 6 major university hospitals will be using CareKit. An app from from Texas Medical Center will be used for people to manage their progress post-surgery. For example, using the motion sensors in the iPhone to manage range of motion. Williams emphasizes privacy in ResearchKit and CareKit. New framework will be available in April.

– Jeff Williams discussing how ResearchKit can go beyond studies to help manage care.

– Apple relaunching its trade-in efforts under the Renew brand.

– Lisa Jackson announces an Apple robot used by Apple called Liam to tear-down iPhones for recycling. Pretty cool. Video narrated by hardware chief Dan Riccio. Liam was designed in California by Apple engineers, and Jackson says it will improve Apple’s recycling efforts. Apple says that this saves resources as Apple can reuse the materials for other objects like solar panels and future products.

– Lisa Jackson: 99% of the paper we use in packaging is recycled or comes from sustainably managed forests. Apple partnering with new funds to protect forests, including 1 million acres of forest in China.

– Lisa Jackson: Every time you send an iMessage, ask Siri a question, or make a FaceTime call, you can feel good about your impact on the environment.

– Lisa Jackson discussing the building of solar farms in China in yak farms, announcing solar panels on roofs in buildings in Singapore.

– Lisa Jackson: Apple is now 93% run on renewable energy in its facilities worldwide. 100% renewable power is used in the United States as well as offices and stores in China. Apple is 100% renewable in 23 countries around the world.

– Apple VP Lisa Jackson talking about Apple’s environmental efforts: “two initiatives to leave the world better than we found it.”

– Cook: More than 1 billion Apple devices in use around the world (mentioned on previous earnings call). Cook calls it an “incredible milestone” and an “indicator” of Apple’s “impact.”

– Keynote has begun, Apple playing a video about 40 years of Apple in 40 seconds.

-Event guests have begun arriving at Apple’s Town Hall in Cupertino ahead of the event:

Media badge review: solid iteration on a past design pic.twitter.com/ctwnnKUwkG

– We’re hearing there will be some extensive camera upgrades in the 9.7-inch iPad Pro: