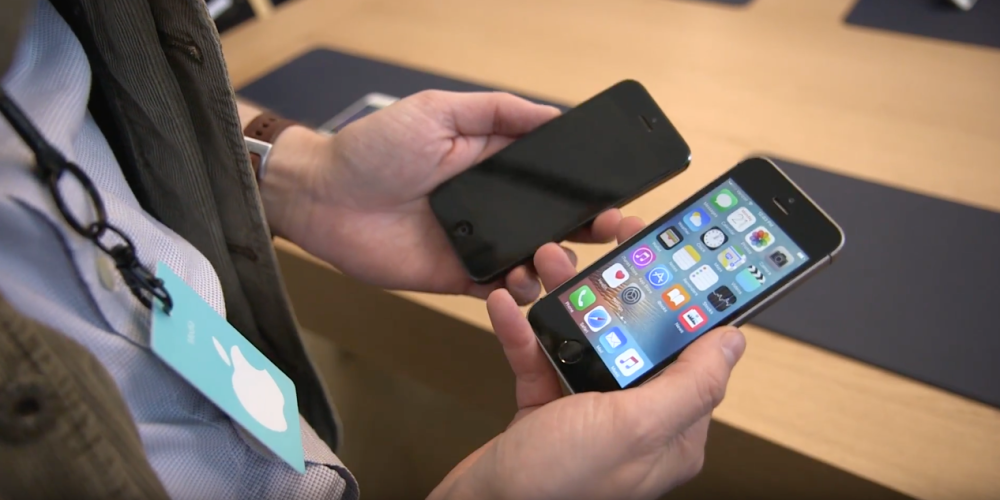 Apple earlier today officially took the wraps off of the iPhone SE and iPad Pro 9.7-inch. While the two devices are largely similar to devices we’ve seen in the past, there are a few tweaks here and there that people have been requesting to get a look at. Members of the press who were in attendance of the event at Apple’s campus in Cupertino had an opportunity to go hands-on with the new iPhone and iPad and videos have been rolling in…

Jon Rettinger of TechnoBuffalo went hands-on with the new 9.7-inch iPad Pro at the event in Cupertino, showing off features such as its new True Tone display, the infamous camera bump on the back, noting of the increased price, and more.

Furthermore, Rettinger also showed off using the Apple Pencil with the iPad Pro 9.7-inch, as well as the new, smaller Smart Keyboard accessory made for the device, as well as the new rose gold color variant that is exclusive to the smaller iPad Pro model.

TechnoBuffalo’s video can be seen below:

TechnoBuffalo also went hands-on with the iPhone SE, showing off the new rose gold model of the device, as well as the speed and performance, camera capabilities, and more.

The Verge and CNET also both went hands-on with the new 9.7-inch iPad Pro. The outlets showed off the Smart Connector on the side of the device. Dieter Bohn of The Verge noted that the keyboard on the smaller iPad Pro requires some getting used to, but overall is fine.

Sascha Segan of PCMag also got to try out the iPad Pro, as did Lance Ulanoff of Mashable. Segan noted of how the 9.7-inch iPad Pro is nearly the same as the iPad Air 2 in terms of size and weight, but the speakers are much more powerful.

Moving on to the iPhone SE, Dieter Bohn of The Verge compared Apple’s latest flagship 4-inch device to the iPhone 5s, showing off the few design differences that there are, such as the matte border around the edges. Bohn also showed off the device’s support for Live Photos, but lack of 3D Touch. Segan of PCMag noted of many of the same things, showing off the speed of the device and more.

More hands-on videos of the iPhone SE are below: