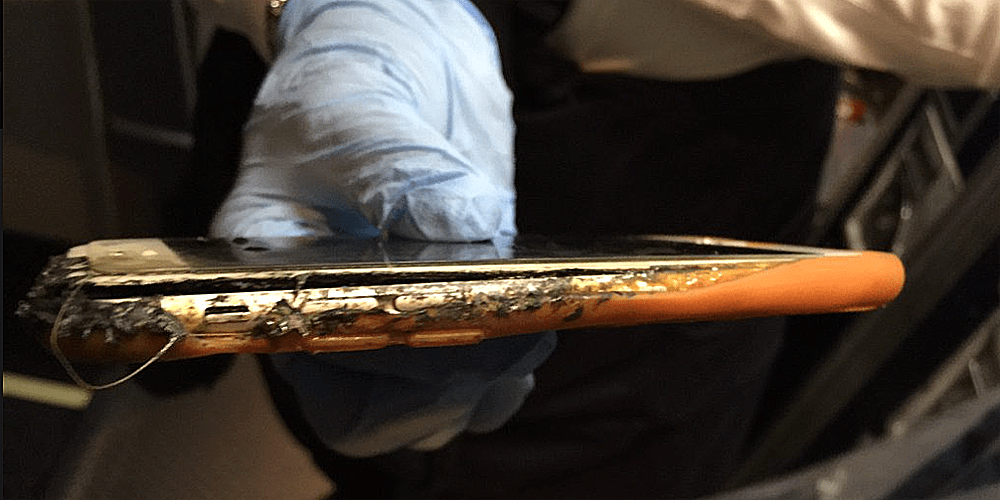 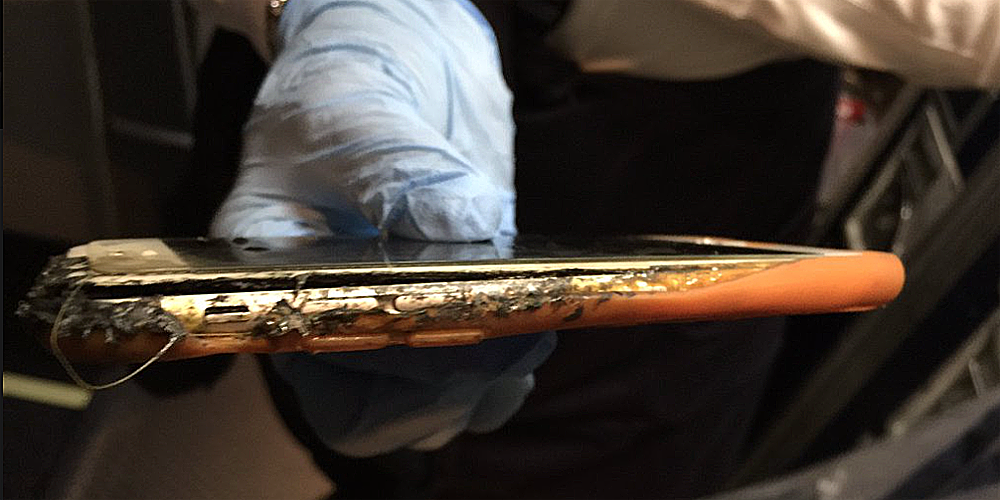 abcNews reports that an iPhone 6 caught fire on a flight to Hawaii as the aircraft was around 90 minutes away from its landing in Honolulu.

The phone was owned by a college student who reported it in rather hysterical terms, claiming 8-inch flames and stating that she thought the plane was ‘going down,’ but Alaska Air and the FAA have confirmed that the incident itself did take place.

The Alaska Air spokesman told ABC News, “The fire was quickly extinguished by our flight attendants, who are trained for situations like these.”

There were no injuries or damage and the plane continued to Honolulu, an FAA spokesman told ABC News.

One of the two photos shows a charging cable in shot. 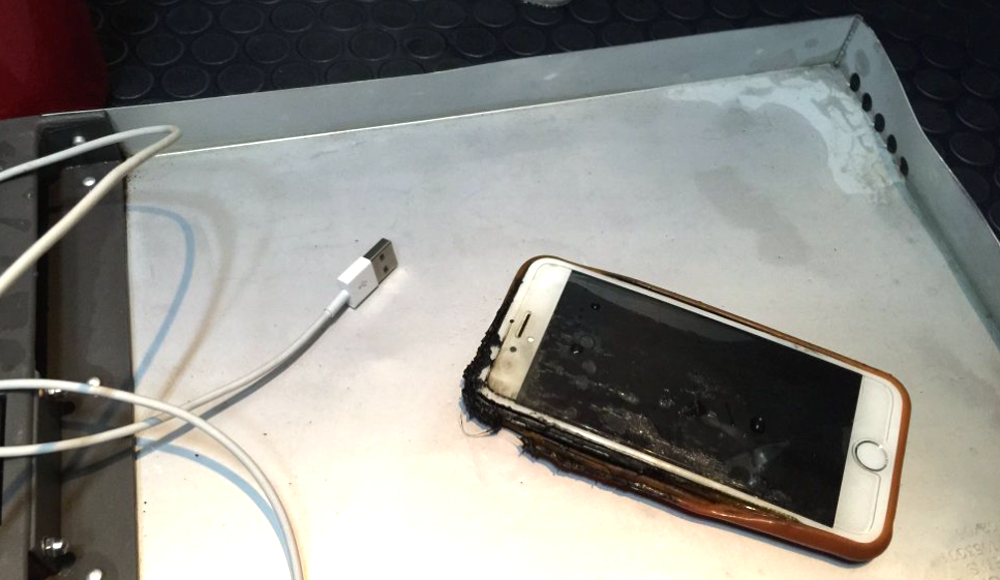 It’s not clear whether the iPhone was being charged at the time, nor whether the cable is a genuine Apple or aftermarket one. Other fires have usually been attributed to aftermarket chargers, though an iPhone 5c did catch fire in the pocket of a 14-year-old schoolgirl back in 2014, causing second-degree burns. An iPhone 5s also caught fire shortly afterwards while reportedly not connected to a charger.