The fourth generation Apple TV has even been on the market for less than six months and there’s already a massive update ready for it. The new tvOS 9.2 software update is now available and includes several features that previously hadn’t made it from Apple TV 3 as well as features totally new to the platform.

You can now use Siri Remote to dictate text for search queries, usernames, and even passwords, and Bluetooth keyboards are once again supported for easier text entry. Apple TV apps can now be grouped into folders so you can keep games together, and iCloud Photo Library subscribers can view complete photo and video collections on the big screen. Here’s the full rundown on everything new in tvOS 9.2 for the new Apple TV:

Before we dive in and you try out everything new for yourself, be sure you’re running tvOS 9.2 on your fourth generation Apple TV or you won’t be able to experience all the latest capabilities. To check your tvOS version number, head to the Settings channel, then the About section, and look for tvOS followed by a version number (like 9.1.1).

Apple TV will update its software automatically by default, but you can give it a heads up if you don’t want to wait. Just go to the Settings channel, then the System section, and look for Software Updates under Maintenance, and select Update Software (below). Here’s the official support article in case you need it. Read on to find out what’s new. 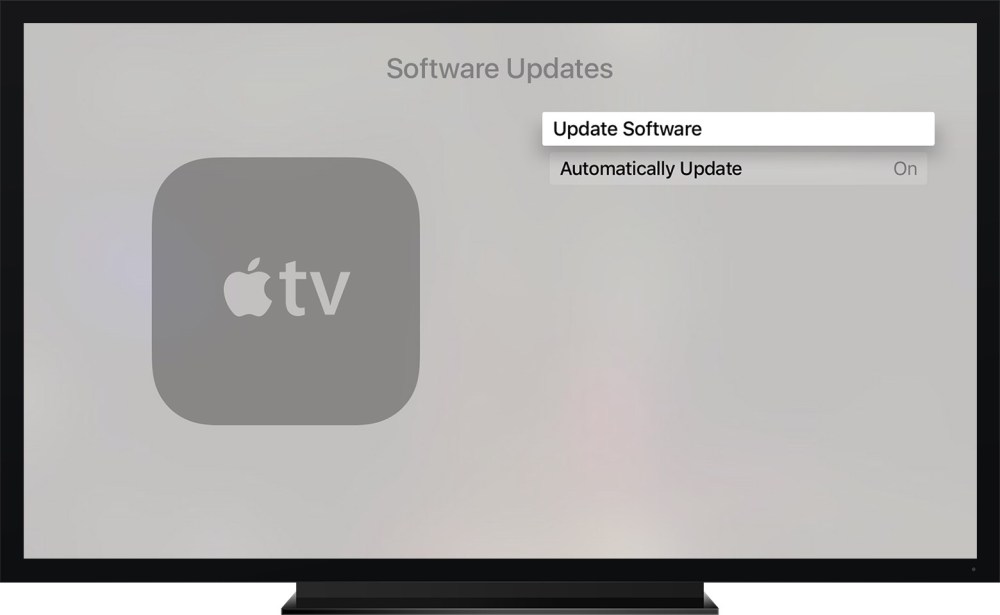 Starting with tvOS 9.2, you can now use the Siri Remote and your voice to dictate text into search fields as well as username and password boxes. This dramatically improves text input without relying on channels to work with universal search or users to toggle between the Siri Remote, the iOS and watchOS Remote app, and Bluetooth keyboards. Just press and hold the microphone button on the Siri Remote, then say the phrase you want to search for and voila, you’re done. For passwords, you simply dictate each character, specifying capital for uppercase letters. 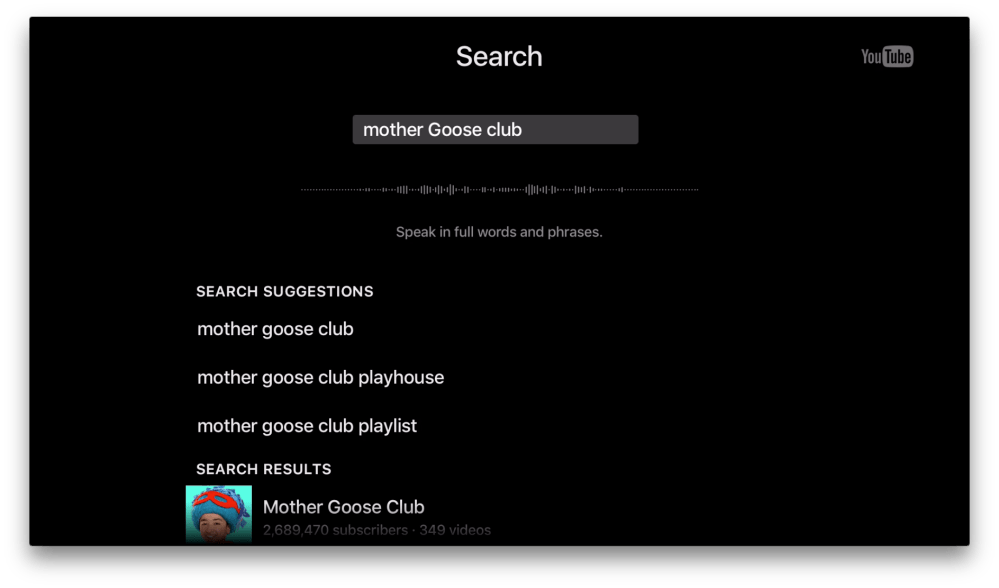 Siri is also getting smarter with tvOS 9.2. Siri could already launch apps you already had installed, and now Siri on Apple TV can search the App Store. Press and hold the microphone button on Siri Remote, then try a command like ‘Search the App Store for Trailers’ to jump right to that app’s listing where you can install it. 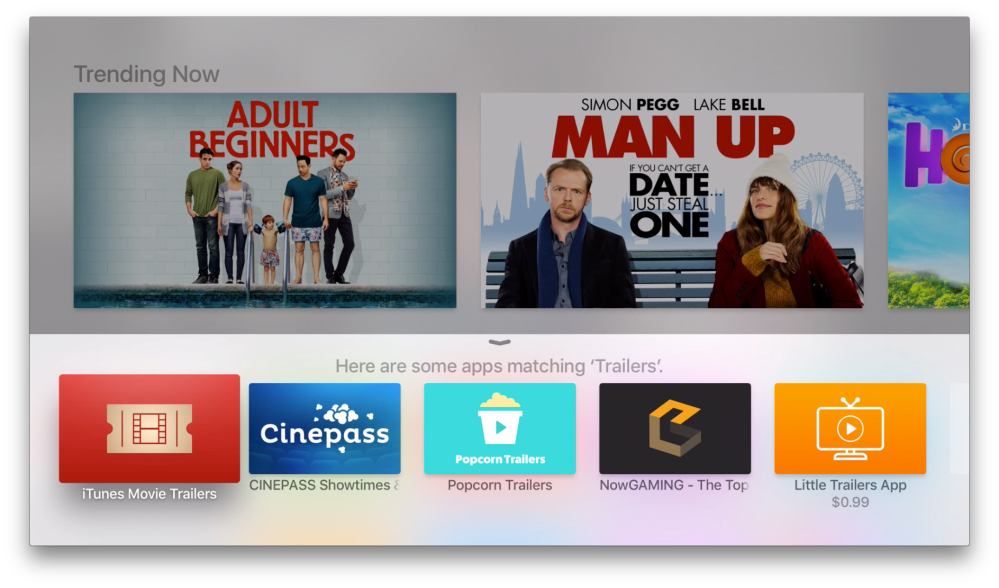 Finally, Siri Remote is changing how scrubbing through video works and removing a point of frustration in the process. Before now, swiping across the glass Touch Surface on Siri Remote during video playback would summon the on-screen interface to jump to another part of the video playing. This wouldn’t lose your place in the video, but you did need to click the menu button on Siri Remote for the overlay to quickly go away. Starting with tvOS 9.2, video must first be paused, which you can do by clicking the Touch Surface, before you can scrub through video. If you’re familiar with the old method, the new way does require adjusting to but overall it’s a win. 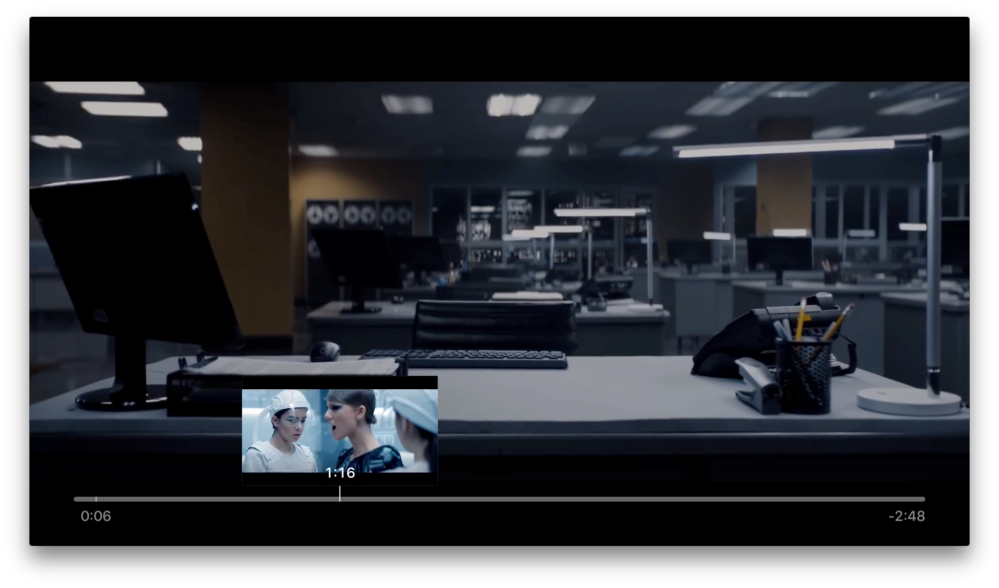 Now that we’ve got Siri Remote squared away, it’s time to talk about app folders. Just like on iOS and OS X, tvOS can now group apps together in folders for improved organization. If you’re like me, you probably have a few channels where you watch video content, and a ton of games that you don’t use quite as often. I’ve grouped my games and miscellaneous apps together in a folder that really tidies up the Home screen. You could go all out and organize apps and channels into groups like Games, News, Education and whatever else you have on your Apple TV.

To create a folder, select an app by clicking and holding the Touch Surface on Siri Remote when highlighting an app, then drag and drop it over another app that you want to group it with. There’s even a text field above the folder where you can give it a name. Clicking the play/pause button when selecting an app will give you further options including shortcuts for moving apps between folders. 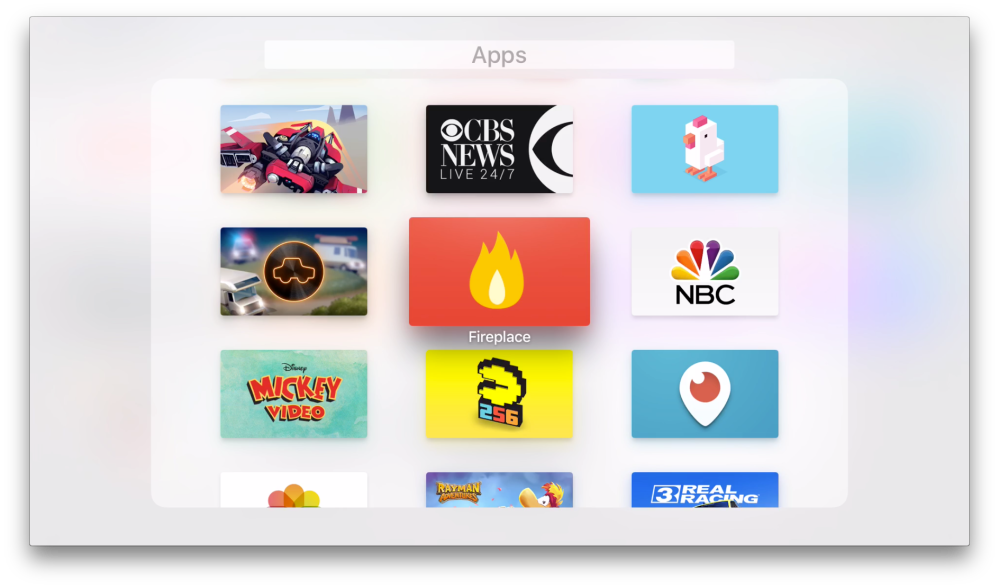 Also like iOS, Apple TV has changed the app switcher user interface when moving between apps using multitasking. You can jump between recently opened apps by double-clicking Siri Remote’s TV button. This previously looked like iOS 8’s full-screen tiles scrolling left to right; the updated switcher looks like iOS 9 with overlapping snapshots of each app scrolling right to left. tvOS 9.2 is also a big deal for Photos fans. Apple TV’s Photos app now supports iCloud Photo Library for the first time; previously Photos only supported My Photo Stream and Shared Photo Streams. If you subscribe to iCloud Photo Library (it usually requires upgrading iCloud storage), you can view your full photo and video collection on the big screen. This even presents albums that you create including the Favorites album that groups photos that you mark with the heart icon on iOS and OS X. Live Photos shot on the latest iPhones can also be played on the updated Photos app. 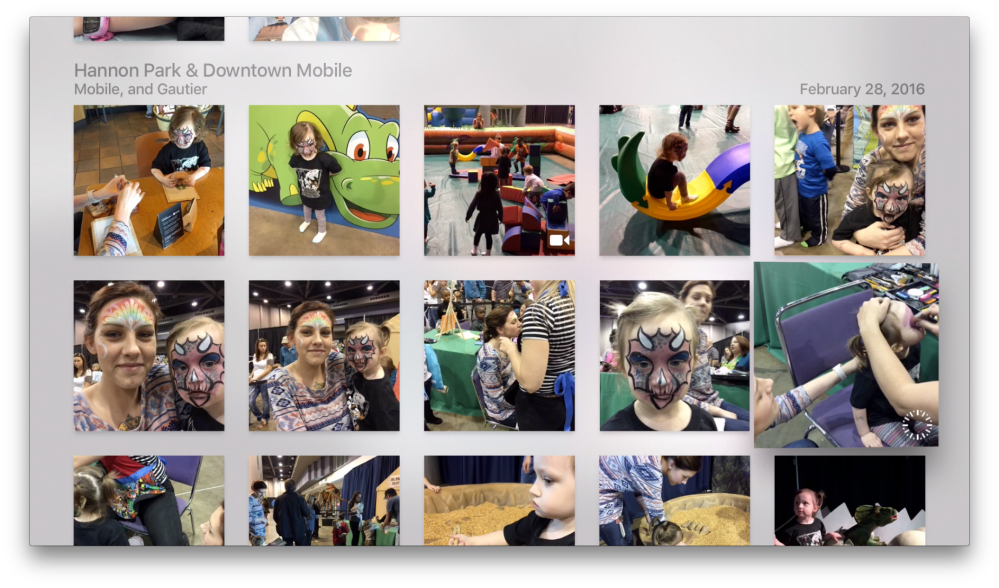 Supported on older Apple TVs and curiously missing on the fourth-ten box, Apple TV now once again let’s you pair Bluetooth keyboards for wirelessly entering text and navigating around tvOS. Apple’s Magic Keyboard works fine, but Logitech’s K811 EasySwitch keyboard is a better option if you want to use it with Apple TV plus other devices like iPads and Macs as you can toggle between each with a press of a button. Previously available on older Apple TVs, Conference Room Display mode lets you set a background and display instructions for using AirPlay on Apple TV. This makes using the Apple TV as a target for presentations without seeing the entertainment features much easier. 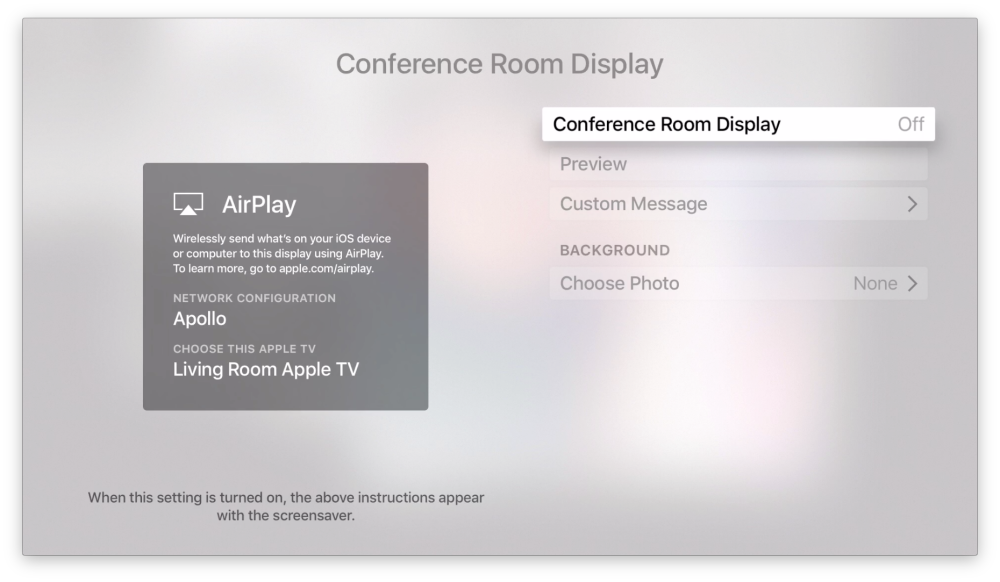 There’s also a newly added What’s New section under the System section in the Settings channel. This will presumably display release notes and highlight changes between software updates. Previously, release notes were only available online. Finally, check out our hands-on video with tvOS 9.2 on the fourth generation Apple TV on YouTube or below: