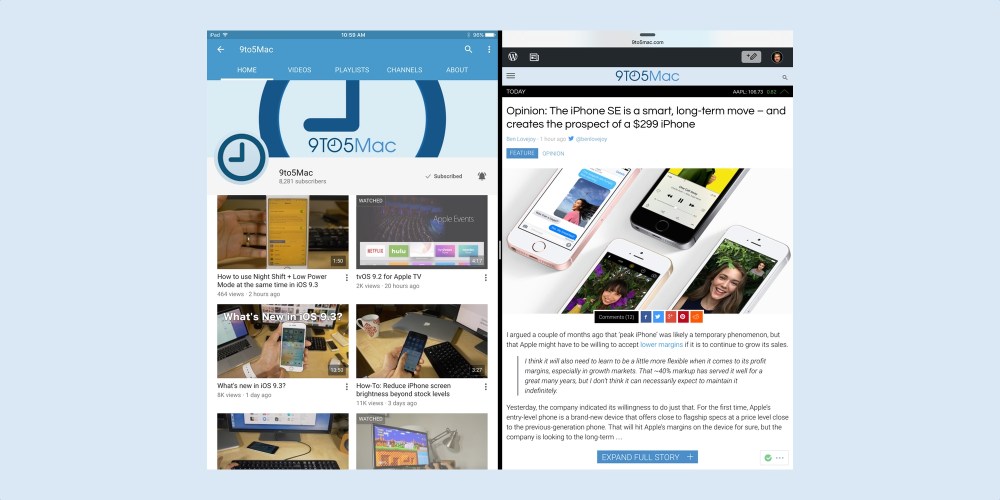 The YouTube app for iOS sees an update today adding support for Slide Over and Split View multitasking. Even though iOS 9’s multitasking functionality has finally reached the app, picture-in-picture support remains to be seen. Users will note that background audio is available for current YouTube RED subscribers. The newly introduced multitasking functionality should help to appease those who’ve longed for the ability to catch up on their favorite YouTubers while also flicking through email or other apps.