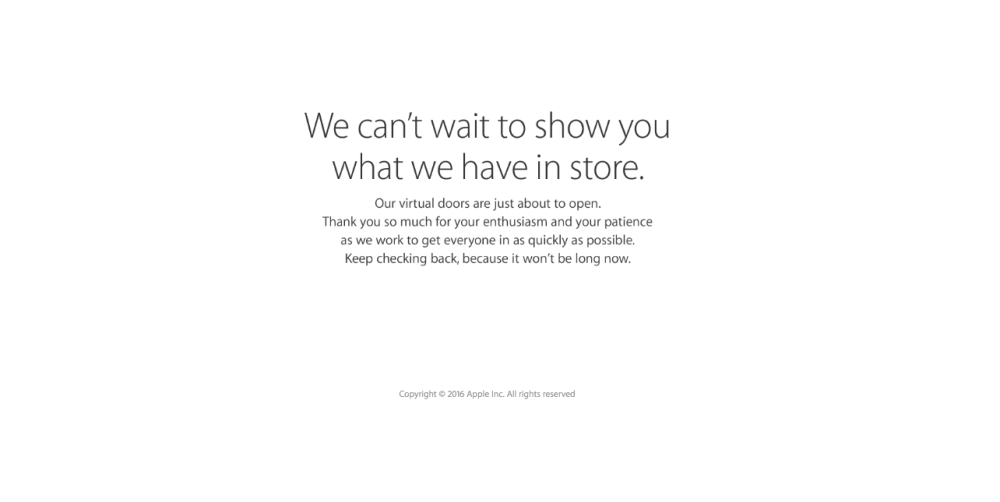 Apple’s latest iOS devices are set to go on sale in just a few hours at 12AM PT/3AM ET and as usual the company has taken its online store offline to prepare for the release. The store will stay down until pre-orders open later tonight.

The iPhone SE will be available in 16GB and 64GB varieties at $399 and $499 respectively. The device features a design nearly identical to that of the iPhone 5s, but largely the same internals as the iPhone 6s. The device features Apple’s A9 chip and M9 coprocessor, as well as a 12MP rear camera with Retina Flash and support for 4K video recording. The iPhone SE also features Apple Pay support, Live Photos, and always-on “Hey Siri,” but lacks 3D Touch and the second-generation Touch ID sensor. Read all of the differences here and all of the best cases here.

The 9.7-inch iPad Pro will be available in 32GB, 128GB, and 256GB variants at $599, $749, and $899, respectively. The device is essentially a smaller version of the 12.9-inch variant launched last year. On the inside is an A9x processor, while the display is True Tone, meaning that the color temperature adjusts based on the room environment. The 9.7-inch iPad Pro also features support for always-on “Hey Siri,” unlike the larger model. Read all of the differences between the two iPad Pro models here and all of the best accessories here.

Do you plan on ordering either of Apple’s new products? Let us know in the comments!