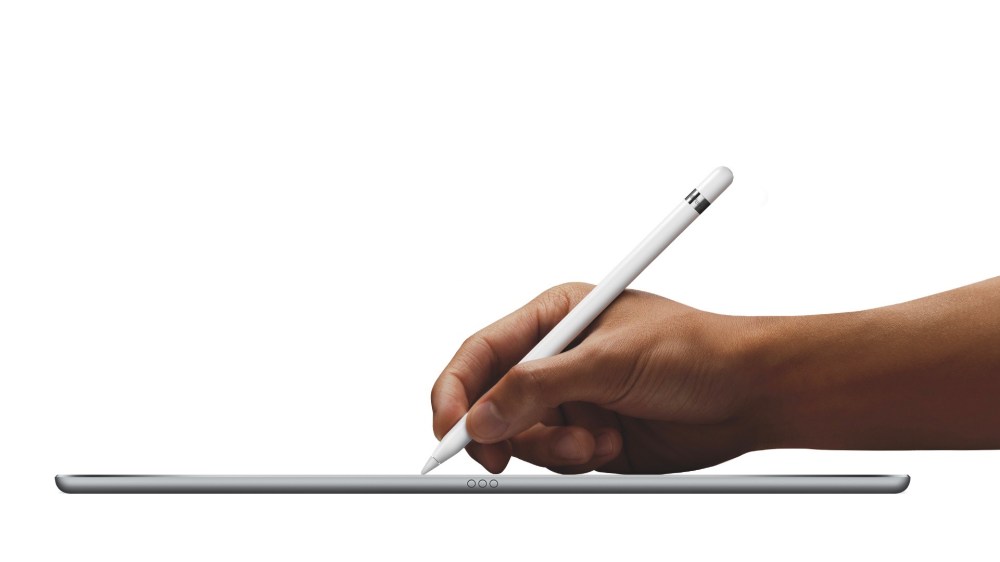 After resisting the temptation for several months, I finally broke down this week and bought an Apple Pencil. I purchased the initial iPad Pro back in November when it first came out, but sold it and switched to the 9.7-inch model last week, and so far I’ve been very happy with that choice. Figuring that I’ll probably stick with this size iPad Pro for at least a year, I decided the Apple Pencil would be a worthwhile investment. And I was right.

I was skeptical of the Apple Pencil when it was first announced, as I assumed it would just be the same as the tacky styluses third-parties had been making for years, but after using it I’ve realized just how wrong I was. The thing that I noticed very early on in my time with the Apple Pencil though, was how crazy good the palm rejection is. Writing with an Apple Pencil on an iPad Pro is nearly as easy as writing on actual paper. As a student, this is a huge factor for me when it comes to note taking, so I decided to dive a little deeper into the apps on iOS that are made for taking notes and are optimized for iPad Pro. Here are some of the ones I would recommend…

GoodNotes is an app that I wasn’t entirely familiar with until I purchased my iPad Pro and Apple Pencil, but I’ve quickly realized that it’s one of, if not the most, complete note taking apps available in the App Store. You have the ability to create multiple notebooks – like one for each class or subject – and then create individual pages within each notebook with varying page styles. There’s also the ability to insert charts and images which definitely comes in handy.

GoodNotes also indexes your notes so you can quickly search them. I have pretty awful handwriting, but it was still able to correctly index my notes and allow me to search through them when I needed to. It also supports the Apple Pencil for pressure sensitive writing, something that really comes in handy while taking extensive amounts of notes at a time.

To me, GoodNotes 4 felt most similar to traditional notebooks when it came to taking notes. It really felt like writing with pen and paper, just modernized with many new features. GoodNotes 4 is available for $7.99 on the App Store and is definitely worth it.

Notability and GoodNotes are very similar apps on the surface, and if anything, Notability feels slightly more polished and easier to use than GoodNotes. It offers many of the same features as other handwriting apps, including palm-rejection, pressure sensitivity detection, and the ability to insert images, charts, and even full webpages. That last feature is notable as it means you can import a webpage and highlight and mark it up as you go, something that’s important for working through research projects and the like.

One thing that’s unfortunately missing and that will ultimately force me to stick with GoodNotes, however, is the ability to search handwritten notes. While you can search PDF text, any notes you write by hand are not capable of being searched.

On the bright side though, Notability is currently 33 percent off on the App Store, making it just $3.99 as of this post.

Notes Plus is another solid note taking app with iPad Pro and Apple Pencil optimizations. In addition to standard features like PDF and image support, folder management, and shape detection, Notes Plus includes a few standout features. For one, it supports a built-in browser for quickly and easily looking up facts and statistics. Additionally, it supports the ability to covert handwritten notes to text.

This means that any handwritten notes are also searchable and later annotatable, unlike with Notability. There’s also support for recording background audio. For instance, if you’re in a lecture, you can be recording that lecture directly into the app so you can later go back and listen to it to ensure you didn’t miss anything.

Notes Plus is currently 30 percent off in the App Store, making it $6.99 as of this past.

In terms of pure writing experience, Noteshelf offers one of the smoothest experiences of any of these apps. The app supports the Apple Pencil and offers integration with Spotlight on iOS so you can quickly find different documents and notebooks. Unfortunately, there’s no way to search within handwritten notes like with Penultimate and GoodNotes.

One nice feature of Noteshelf, however, is that you can add a passcode to protect important and sensitive notes, much like what Apple added to its Notes app with iOS 9.3.

Noteshelf prides itself as the best note-taking app that offers the most beautiful handwriting effect – this is one of the key reasons why our users fall in love with Noteshelf. It perfectly mimics that intuitive ink-on-paper feeling so smoothly, it’s as if you’re using a real pen and paper.

Noteshelf is available for $7.99 on the App Store. 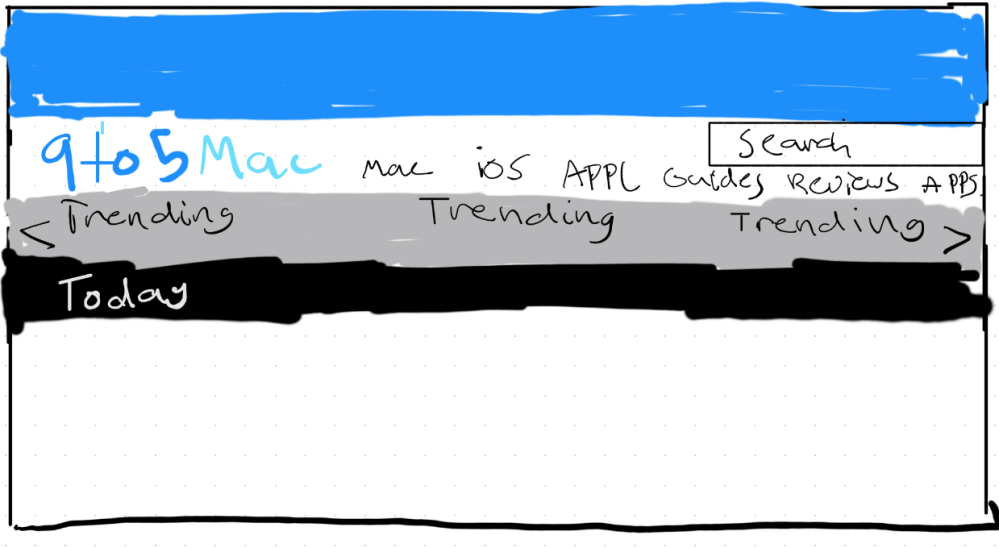 Evernote isn’t the most feature-rich app when it comes to using the Apple Pencil for note taking, but if you already use Evernote across other devices, it’s nice to stay in the same ecosystem. The stylus can be used for essentially handwriting notes in the most basic format. Evernote is more reasonable to use if you’re typing notes and need to quickly sketch a chart or a diagram. For use cases like this, Evernote’s “Snap to Shape” feature is useful.

The biggest selling point of Evernote is its cross-platform availability, so if you’re often switching between devices and operating systems for taking notes, then Evernote might be your best bet. It’s available on the App Store for free with various premium upgrades.

Made by Evernote, Penultimate is the company’s more advanced take on a handwriting app. Penultimate features a distraction-free interface that makes it easy to quickly and easily take down notes without accidentally changing settings or navigating away from the writing interface. The app is optimized for iPad Pro, as well, which means that it supports pressure sensitivity, so you can push harder for thicker lettering and lighter for more faint writing.

Furthermore, and perhaps most notably, Penultimate analyzes your handwritten notes and allows you to search for handwritten text in the app. Penultimate is free with a host of in-app purchases to improve your experience. 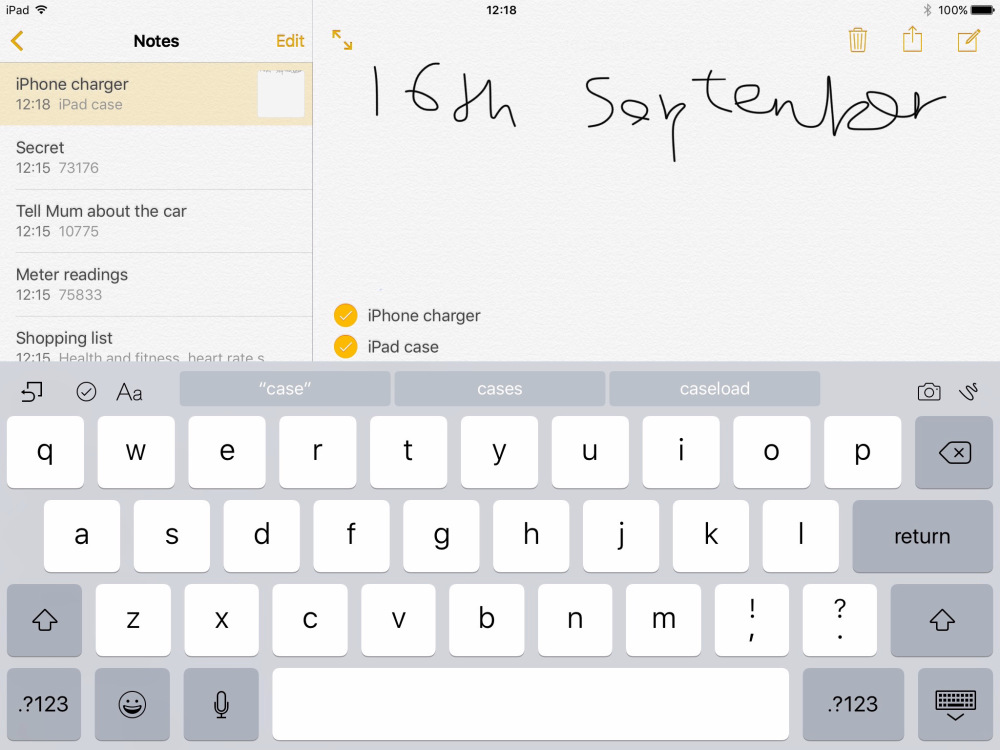 You can’t discuss note taking apps without mentioning Apple’s own Notes app that comes pre-installed on every iOS device. Prior to iOS 9, Apple’s Notes app was pretty lackluster in comparison to many note taking apps on iOS. With the new operating system, however, the app is gaining on third-party solutions. It still doesn’t support things like searching notes or even different page styles, but it’s improving.

There are however, new features such as additional font formatting options, support for inline checklists, and link thumbnail + textual previews. 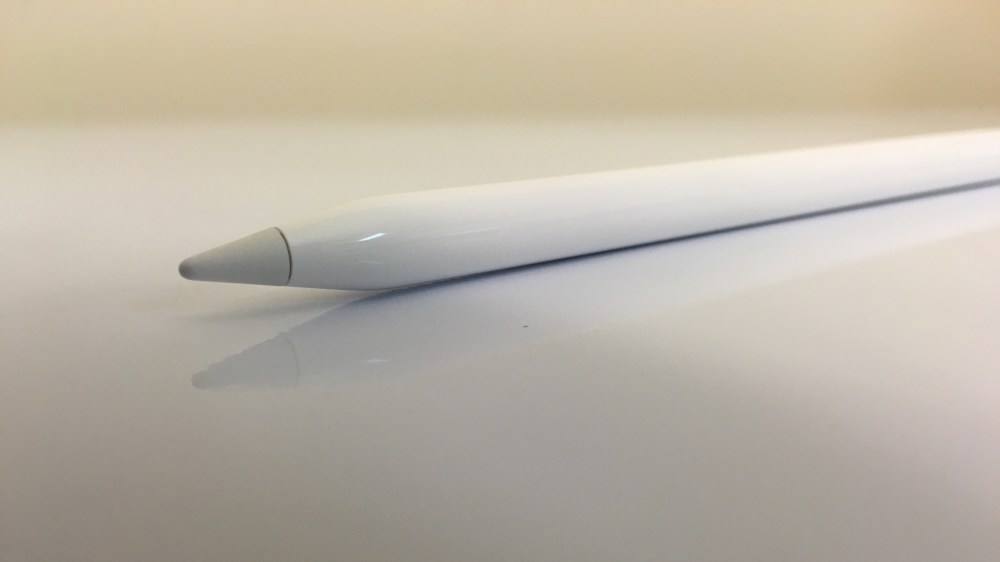 Personally, after trying all of these apps, I think GoodNotes 4 is the most solid choice for iPad Pro note taking. Its amazing handwriting recognition and search feature really sets it apart from the competition. For someone with awful handwriting, I didn’t think a feature like that would ever work for me. But GoodNotes proved me wrong.

What do you use for taking notes with your iPhone/iPad? Let us know in the comments!