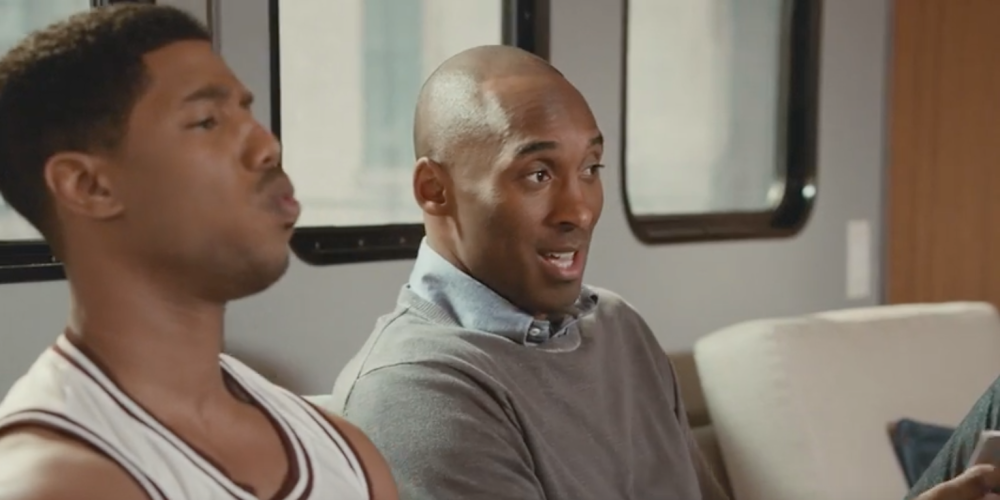 Apple today has shared a new advertisement for the fourth-gen Apple TV. The ad follows the same theme as “The Kiss,” which was released last month and starred Allison Brie. Today’s new ad, however, features Lakers player Kobe Bryant and actor Michael B. Jordan using the Apple TV and accompanying Siri Remote.

The ad, called “Father Time,” shows using the Apple TV Siri Remote to do things like rewind content and find more content to watch. For instance, the remote is used to say “Siri, fast forward an hour and a half in,” as well as “Siri, go to the NBA app.”

The new Apple TV. Siri and apps make it easier than ever to find and enjoy whatever you’re looking for.

The ad continues Apple’s trend of highlighting the Apple TV as ‘The Future of Television,” which it has been doing since the device launched last year. The video ends with the color bars as used in the earlier ads for the fourth-gen Apple TV and seen around major cities like New York and LA.

The full video can be seen below: