Opinion: And here’s what I’d do to rationalize Apple’s desktop Mac lineup 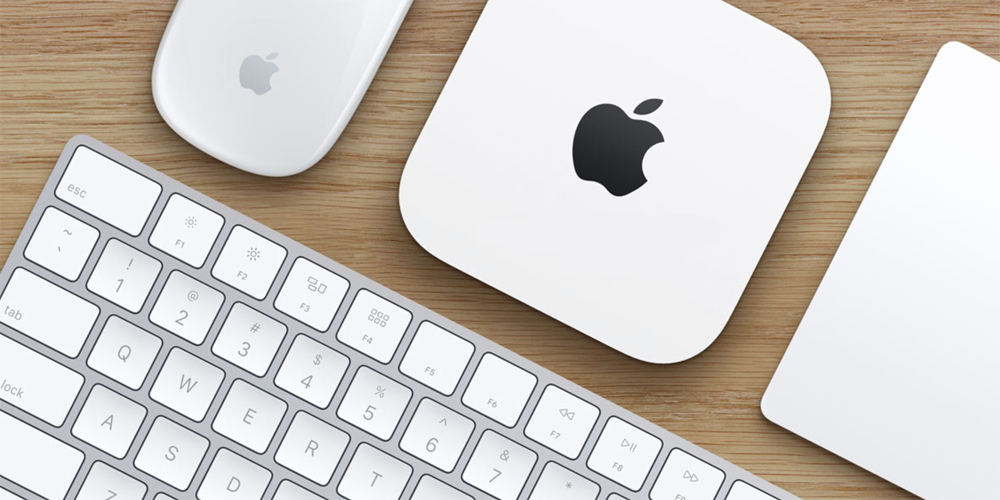 I talked earlier this week about how I’d rationalize Apple’s MacBook lineup, so now it’s time to look at the desktop lineup.

I argued on Tuesday that the MacBook range was more complicated than it needs to be, and could be simplified by having a ‘good’ and ‘better’ version of each model, with custom-builds available for those who want ‘best.’ I also suggested that Apple be a little more generous with its specs as part of that simplification process.

Things are a little less clear-cut with desktop Macs, but I still think some cleaning-up of the options would be beneficial …

The desktop range has eleven models:

Let’s begin with the Mac mini.

The original rationale behind the Mac mini goes back to the days when desktop PCs were the norm, and the average PC owner had their (huge) PC box, then a separate mouse, keyboard and monitor. The thinking was that you could give PC owners a relatively inexpensive way to switch to a Mac by just buying the (very much smaller) box, and continuing to use their existing peripherals.

Desktop PCs comprising separate units are, of course, far less popular today, but they still have their fans, and the reasoning remains valid. Given that the idea is to encourage switching, you want to keep the entry-level Mac mini as affordable as possible – but even here, I don’t see a reason for a spinning metal disk.

Even the entry-level mini should get a fusion drive as a minimum, but better would be to replace the 500GB hard drive with a 256GB SSD and let people attach storage as needed. Storage is cheap now, and unlike a laptop, there’s little inconvenience involved in using external drives, so faster performance trumps greater on-board storage.

There’s a second type of person who opts for a separates-based desktop over a laptop: those who don’t need portability and want to max out on performance. Anyone who wants extreme power will, of course, opt instead for the Mac Pro – but the pricing puts that into serious ‘professional use only’ territory. So here I’d take the same approach as the 12-inch MacBook: a low-cost entry-level machine, and a ‘serious hobbyist’ version, with nothing in between. Retain the custom-build versions for those who want to squeeze in as much power as possible without hitting Mac Pro levels.

Most of those who prefer a desktop to a laptop opt for an all-in-one, which of course is how the Macintosh began its life. Apple currently offers six iMac models in three different resolutions.

The entry-level machine is a 1.6Ghz machine with an HD display, basic graphics card and a 1TB spinning metal disk. Again, I’d swap out the 1TB hard drive for a 256GB SSD as it will provide a far snappier machine, and it’s cheap and easy to add external storage to a desktop machine, whether you want spinning metal or solid-state. As with MacBooks, I’d also argue that hi-res screens have fallen so much in price that Apple could give even the entry-level iMac a Retina screen.

I’d once more lose the in-between machine. Even when a 4K display was new to the range, the top-of-the-range 21.5-inch laptop was only $200 more than the mid-range one, and I suspect that could easily come down to a $100 premium now. Given a choice between non-Retina at $1299 and Retina at $1399, I doubt many would opt for the former.

The 27-inch iMac doesn’t need an entry-level machine: that’s the job done by the smaller model. In any case, there’s really remarkably little difference in spec between the $1799 bottom-end model and the $1999 mid-range one. Same processor, same RAM, same display, marginally better GPU – plus one difference that ought to be significant but really isn’t: the Fusion Drive.

In principle, Fusion Drives are a great idea, creating a hybrid drive with an SSD component to allow the machine to quickly boot up and open apps, and a spinning metal component for file storage, where speed is (for some applications, at least) less critical. You get a lot of storage without the expense of large-capacity SSDs. But there are two problems with this approach.

First, the generic issue with fusion drives. While it’s no problem having small and simple files – most Office or iWork documents – on hard drives, these days a lot of people are working with audio, video and large quantities of photographs. With these files, SSD definitely does make a big difference.

Second, as we’ve mentioned before, Apple made the frankly ridiculous decision to reduce the SSD component of the 1TB fusion drive in the iMac from 128GB right down to a crazy 24GB.

While I’ve generally suggested that Apple should lose hard drives altogether, replacing them with SSDs now that the technology is so much cheaper, really big SSDs are still expensive. There’s no way Apple could offer a 2TB one at any kind of sensible price, and if you’re buying a 27-inch iMac it’s likely that you’re using it for multimedia work, so large on-board storage capacity is the right route to take here – which right now means fusion drives.

But Apple does need to be a lot more generous, so I’d suggest that we need a 256GB element of its 1TB and 2TB fusion drives, and 512GB in the custom-build 3TB model. I’d also like to see it offering more than 1TB all-SSD storage in the custom-build options. Sure, it would be expensive, but I bet some multimedia pros – those who work with large files but can’t justify the significant price premium for the Mac Pro – would go for it.

Which brings us to the monster of the range, the Mac Pro. Clearly the very idea of an entry-level Pro is a silly one, so Apple’s two-model approach seems to makes sense. However, I do wonder whether things could be even simpler here: a standard machine plus custom-build options.

First, those who have absolutely no need of that kind of performance, but have enough money to just automatically buy the best – or enjoy the bragging rights of doing so. Second, those who do need a decent chunk of power, but prefer the customization options you get with keeping the computer separate from the monitor. Third, those who need the most powerful Mac possible.

The first type will either just buy the base model or max out on the custom-build, depending how much money they have and/or who they want to impress. But the second and third are thoughtful buyers. If you’re in that category, you know the specs you want. You know the level of CPU power you need, the GPU performance you want and the amount of RAM that will genuinely speed up your work. In short, you’re going to head straight to the custom-build options anyway.

I get there may be some lazy buyers in the first two categories who will see the second standard option and click that instead, but my aim here is rationalizing the product range for customers rather than maximizing Apple’s upsell opportunities.

All of which would give us the following range, reducing eleven models to seven:

Where MacBooks were concerned, 80% of you agreed with my suggested lineup, a further 14% of you agreeing that rationalization was needed but with your own ideas about how to do it. Let’s see how things compare on the desktop front – please take our poll, and again share your thoughts in the comments.