With this being a beta release, having the ability to use both features simultaneously is, of course, subject to change.

You can also use the Night Shift Shortcut toggle located in Control Center, or you can opt to use Siri to toggle either feature on or off. Just be sure to enable Night Shift first when asking Siri, as she apparently hasn’t gotten the full memo on the changes. 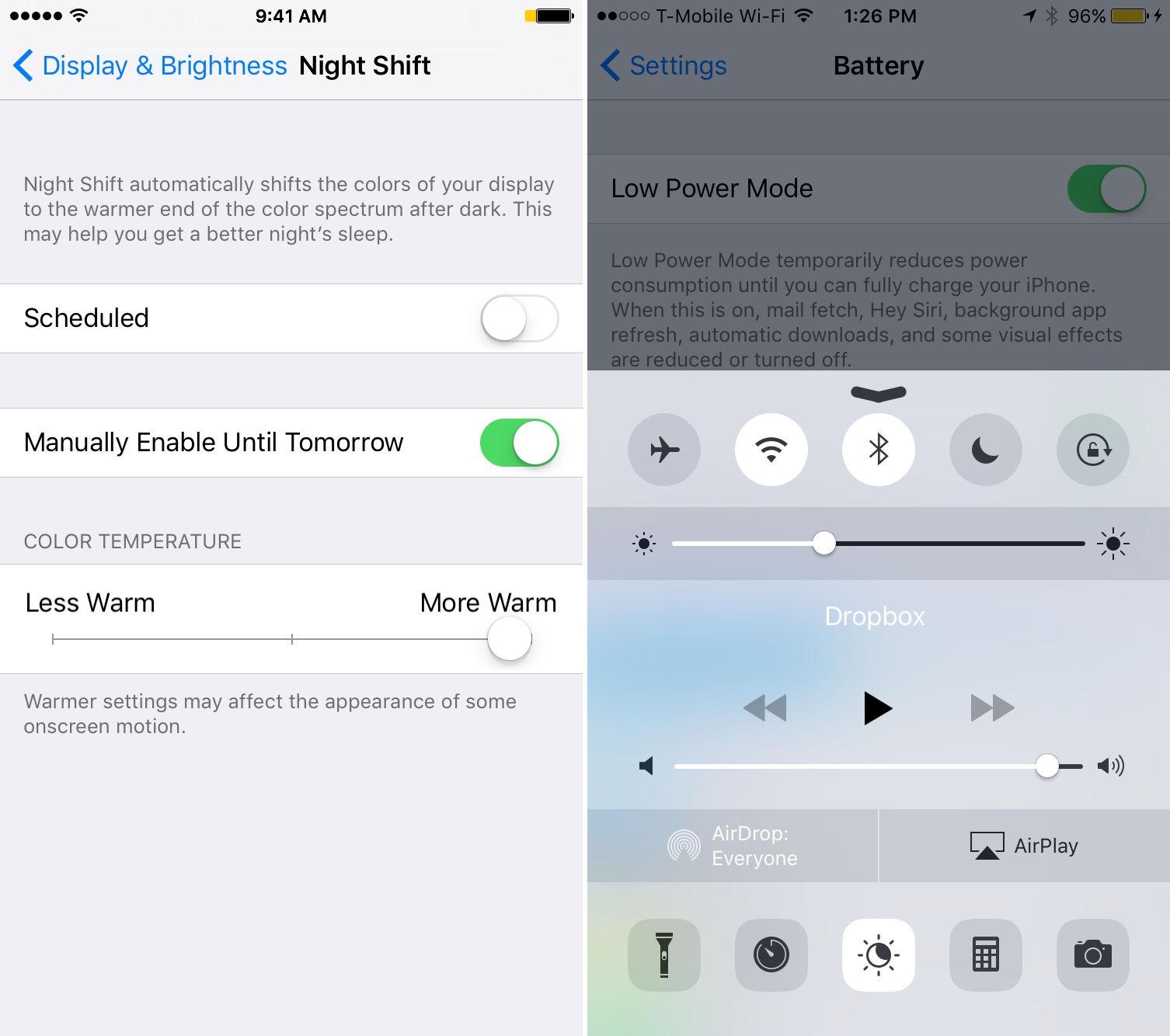 Hopefully Apple maintains the ability to have both features enabled at the same time, as Low Power Mode is often needed at the end of the day, and Night Shift’s usage corresponds to that time of day as well.

What do you think? Should Apple continue to allow both features to be used at once?