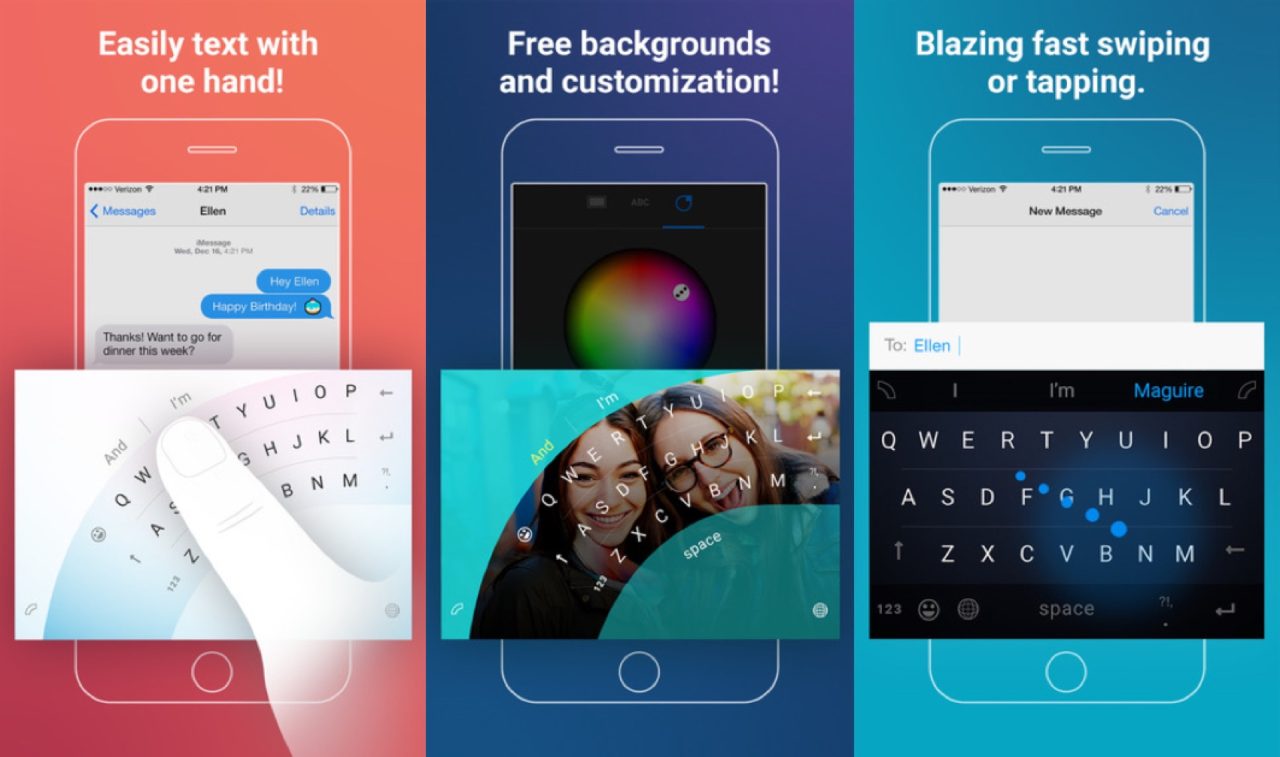 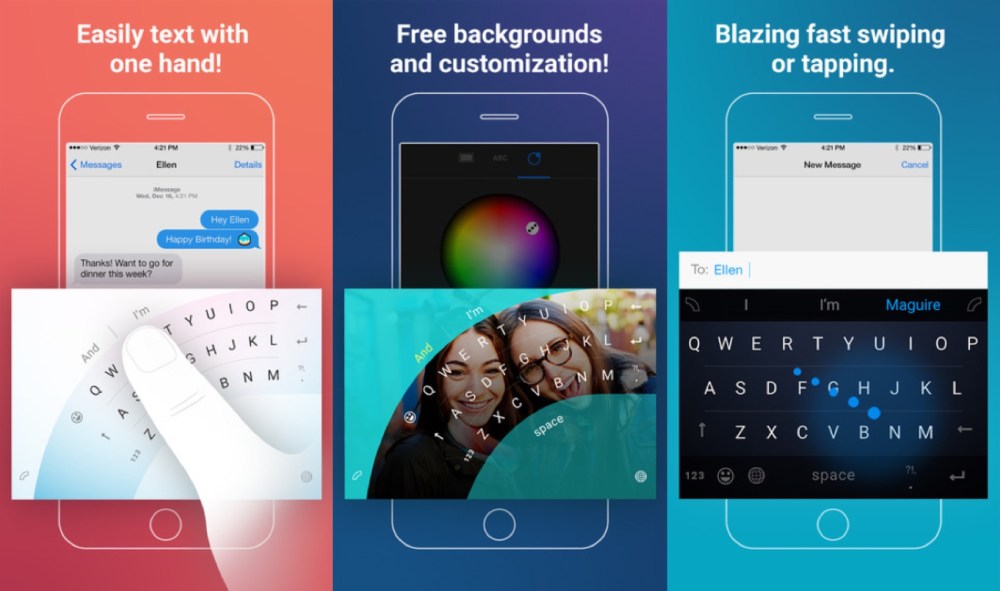 There’s a curved, one-handed mode too. With a gesture, the Word Flow keyboard can morph into a circular layout in a corner, allowing access to all keys with just one finger. It may be handy if you are in a pinch, especially on larger, 5.5 inch iPhone screens. Microsoft also bundles a set of backgrounds and themes for some additional customization options not found on its Windows Phone counterpart.

Word Flow also features its own version of Apple’s Quick Type feature, predicting the next word based on what has already been written for quick entry using natural language analysis, with suggested words available at a tap in a bar at the top of the keyboard.

Word Flow is a free download in the App Store, but availability is currently limited to just one region: the United States. No word yet on an international release. News of the US version first surfaced earlier this year.