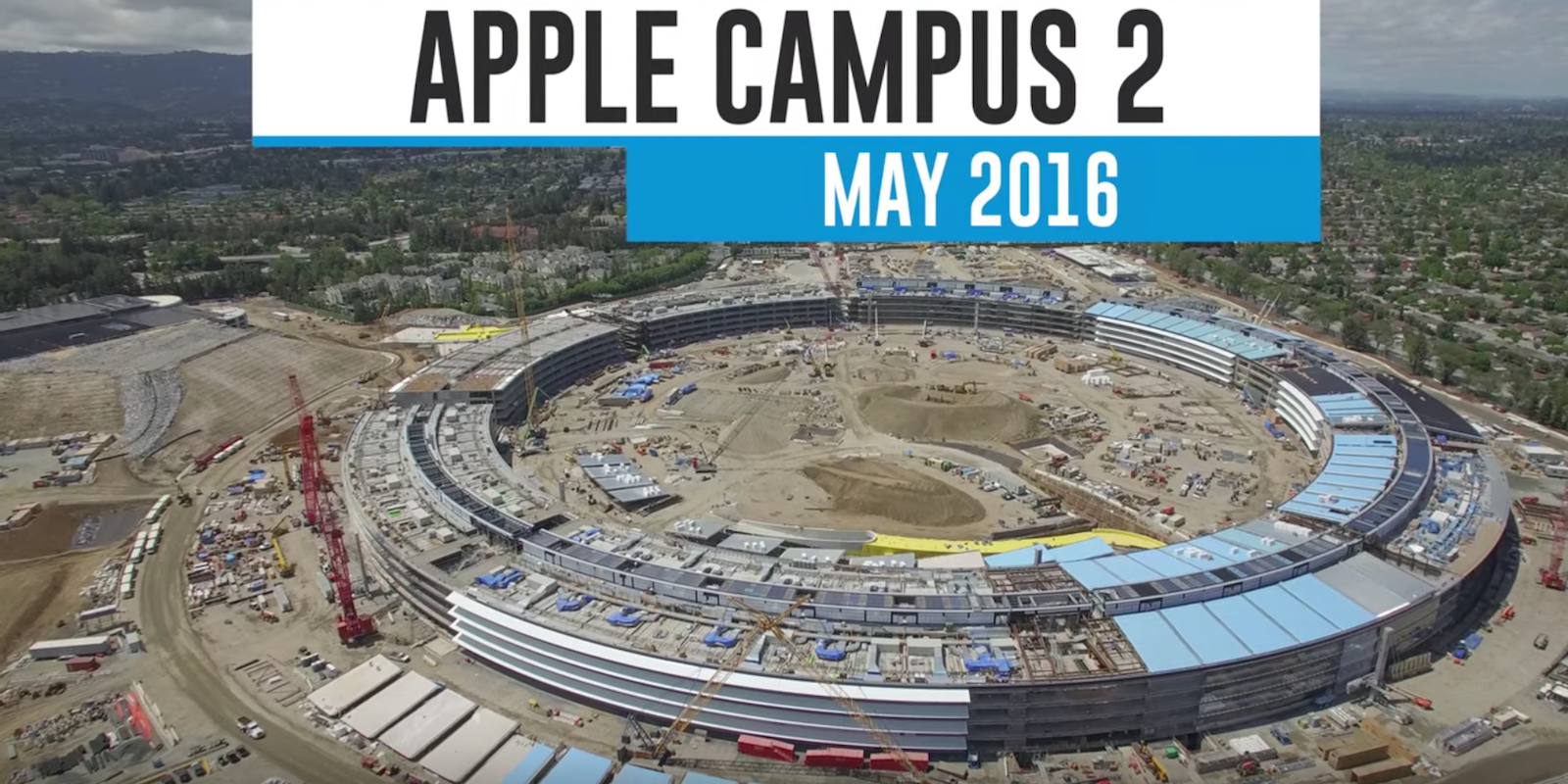 First we see that Apple is getting close to putting finishing touches of the underground Theatre where it will hold future events, at least on the exterior portion visible in the video. We previously got a look at the roughed-out inside of the auditorium before Apple recently lifted the roof into place. Next in the flyover video we see the multiple tunnels that weave in and out of the courtyard of the main circular building and rest of the campus:

We also get a look at what appears to be the last section of the “spaceship” to be framed, progress on the R&D facility separate from the main structure, and some shots of the 100,000 square foot fitness center that is rapidly taking shape:

And in the last stretch of the video, we get shots of the interior of the circular building showing installation of the canopy and glass panel facade, as well as framing and installation of solar panels on rooftops that appear to be around 25% complete:

If Apple wraps up construction on time, it plans to open the campus as its new headquarters and start hosting events early next year. If progress continues at the current rate, Apple plans to complete construction by the end of the year and move in employees by the end of January 2017. That’s according to the latest relayed from CEO Tim Cook to employees a few months back.

Earlier this month we got a ground-level tour of the building site with some sneaky spy shots from within the spaceship. As always, you can follow along with construction progress in our ongoing Campus 2 timeline here.