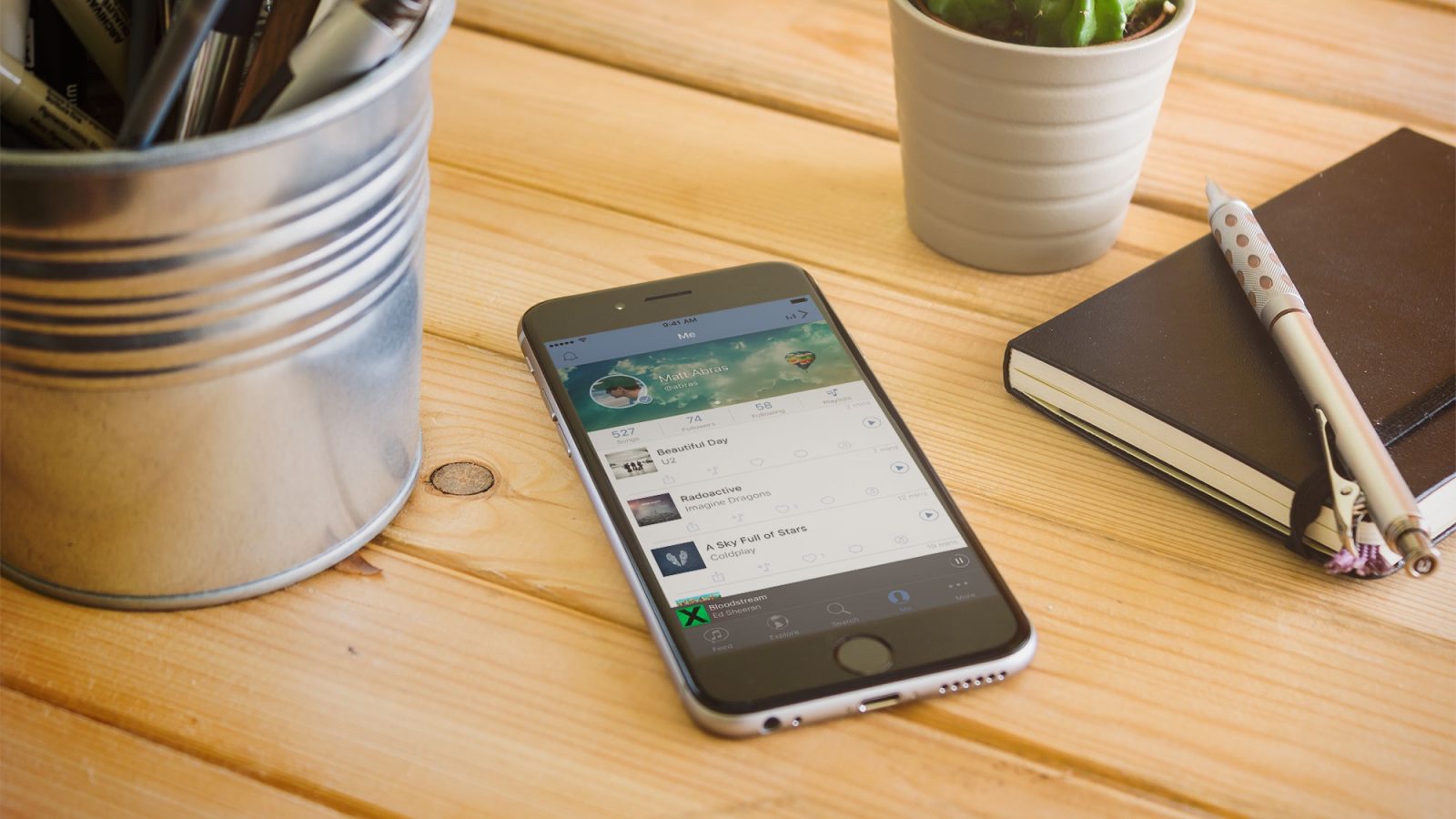 Before Apple Music even launched I knew I would run into hiccups when sharing music with friends. I already had friends who became die-hard Spotify fans, some who were interested in Apple Music, and some who used neither. Music sharing across streaming services was set to become a mess. My concerns were all validated once Apple Music finally launched. Telling friends, “you can stream it on Apple Music, but not on Spotify just yet” was becoming more of a norm than I expected. SoundShare’s music-centric social network breaks down these walls and handles the multiple music streaming services beautifully.

Before even logging in with a premium music streaming service, users on SoundShare can browse and search for their favorite songs to stream for free. SoundShare accomplishes this by utilizing YouTube to search and play the requested songs. In the music player’s view, a small picture-in-picture style video will display showing the video but basically allows the user to stream songs without having to pay for them. (The picture-in-picture style video playing seems to be a YouTube requirement.)

In my testing, this created a spotty experience for me. Sometimes SoundShare was able to find and play the proper songs, but most times it played covers and remixes by other YouTubers. I opted to connect my Apple Music account to SoundShare and see what it could really accomplish.

Once connecting my Apple Music account, I saw how great SoundShare can really be. The application automatically adjusts its UI to display content from each premium music streaming service appropriately. For example, the Explore and Search views will change and populate with data from the selected service. It’s a creative way to make the app continuously feel fresh with new content from services someone already uses.

The Explore and Search views were two areas I spent more time in as I played around with the app. Because I had connected my Apple Music account, the Explore page listed out trending and top songs to listen to, even a Daily Song to check out. The Playlists section reminded me of Apple Music’s activity playlists. While not necessarily titled similarly, the curation of each playlist was really well done.

Search within SoundShare has a view listing out potential suggestions to check out. It also lists out suggested songs and suggested playlists here. At first I thought that condensing this down into the Explore area would have been a better idea, keeping the suggested topics separate isn’t a terrible idea from a user experience perspective.

The true strength in SoundShare comes when you follow others and begin sharing and creating playlists with one another. Sally can share her Spotify playlists with Jen, even if Jen is only an Apple Music subscriber. SoundShare takes the metadata from the songs, and matches it appropriately across both services so neither misses out on the other’s music.

One downside I felt in using SoundShare at first was that it may be overwhelming for new users coming into the social network. Luckily SoundShare has built in small Learn More tool tips that appear when using certain areas for the first time. This helped in my initial usage and discovery of the app’s functionality. There are a lot of buttons to tap around and discover, but this experience isn’t any different from the haystack of options Apple Music presents. Other than the basic initial discovery phase, the app feels fully fleshed out and robust for a point release update.

I believe SoundShare will help make collaborative music discovery significantly better. Feel free to add me on the service if you want to get a feel for everything: gregbarbosa.

SoundShare is available for free from the App Store and is compatible with both iPhones and iPads.