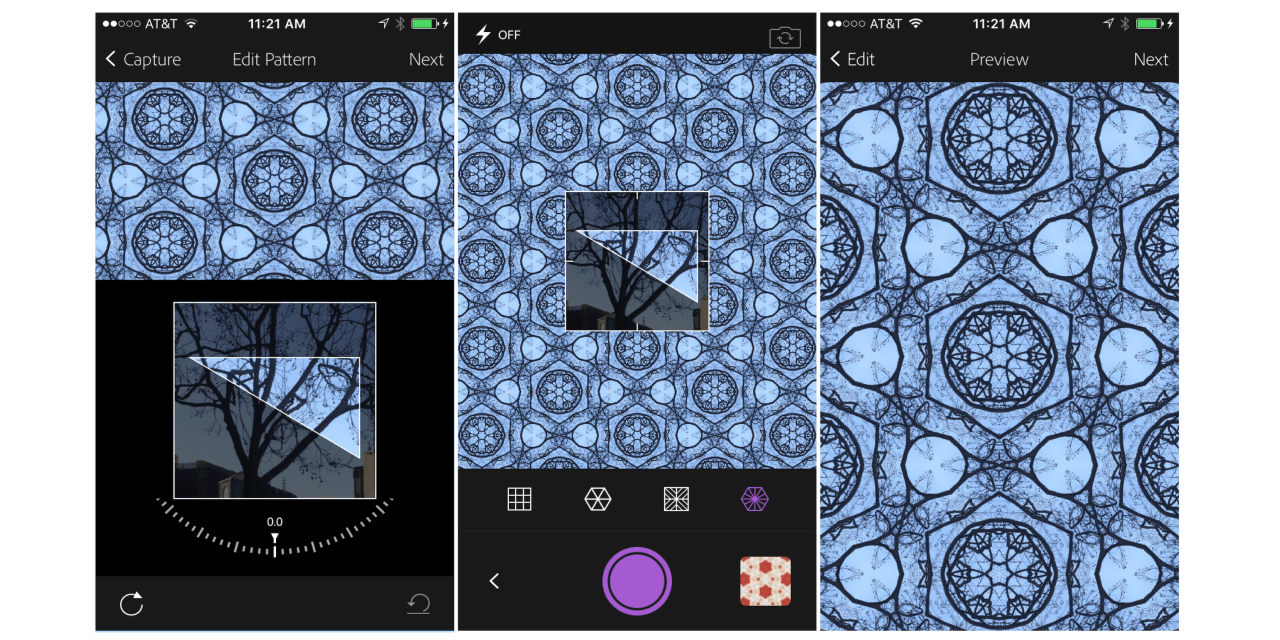 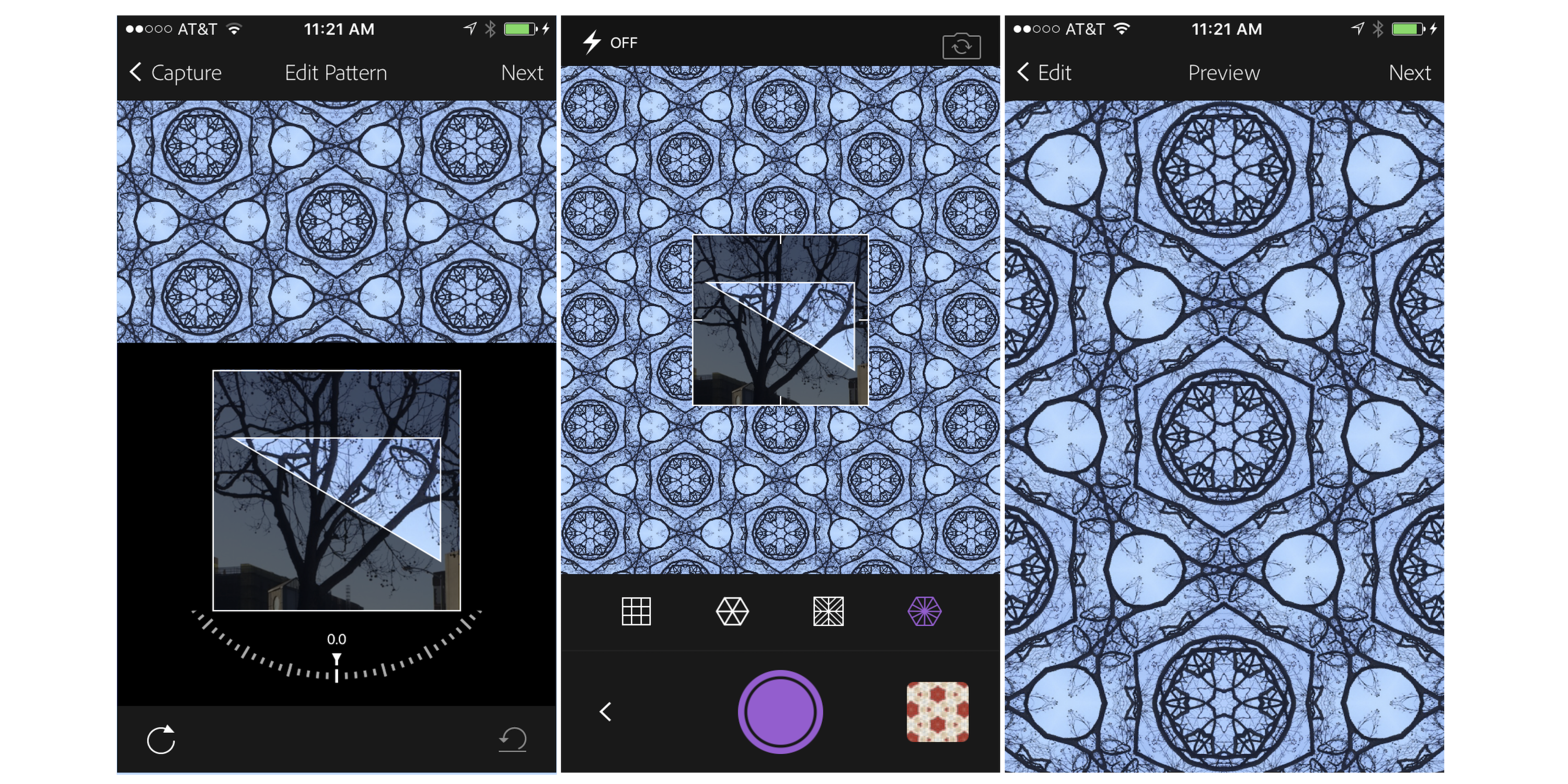 Adobe today announced an update to Adobe Capture CC—its iOS app that lets users capture and edit images for use in its other editing apps.

The update brings a new Patterns feature that the company says “transforms any image or real-world object into a geometric or organic pattern.”

“Traditionally, the process of creating a pattern required manual tiling and a tedious chore of blending between tiles. The newest capability in Capture CC automatically blends the seams between tiles for a perfect pattern.”

And you can see in the screenshots above how the patterns feature works from with the Capture CC app on iPhone. After taking a photo, the feature allows you to select a portion of the photo to use and then automatically generates a pattern for you to preview.

Adobe offered up some other examples of the new Patterns feature in action. This one is made using a source photo of the Statue of Liberty:

Also included in the update:

Users asked for more editing controls when creating a new shape. You can now remove unwanted details or break connected paths with the new erase tool.

OTHER FIXES AND IMPROVEMENTS

The updated Capture CC app for iOS, version 2.0, is available on the App Store now.