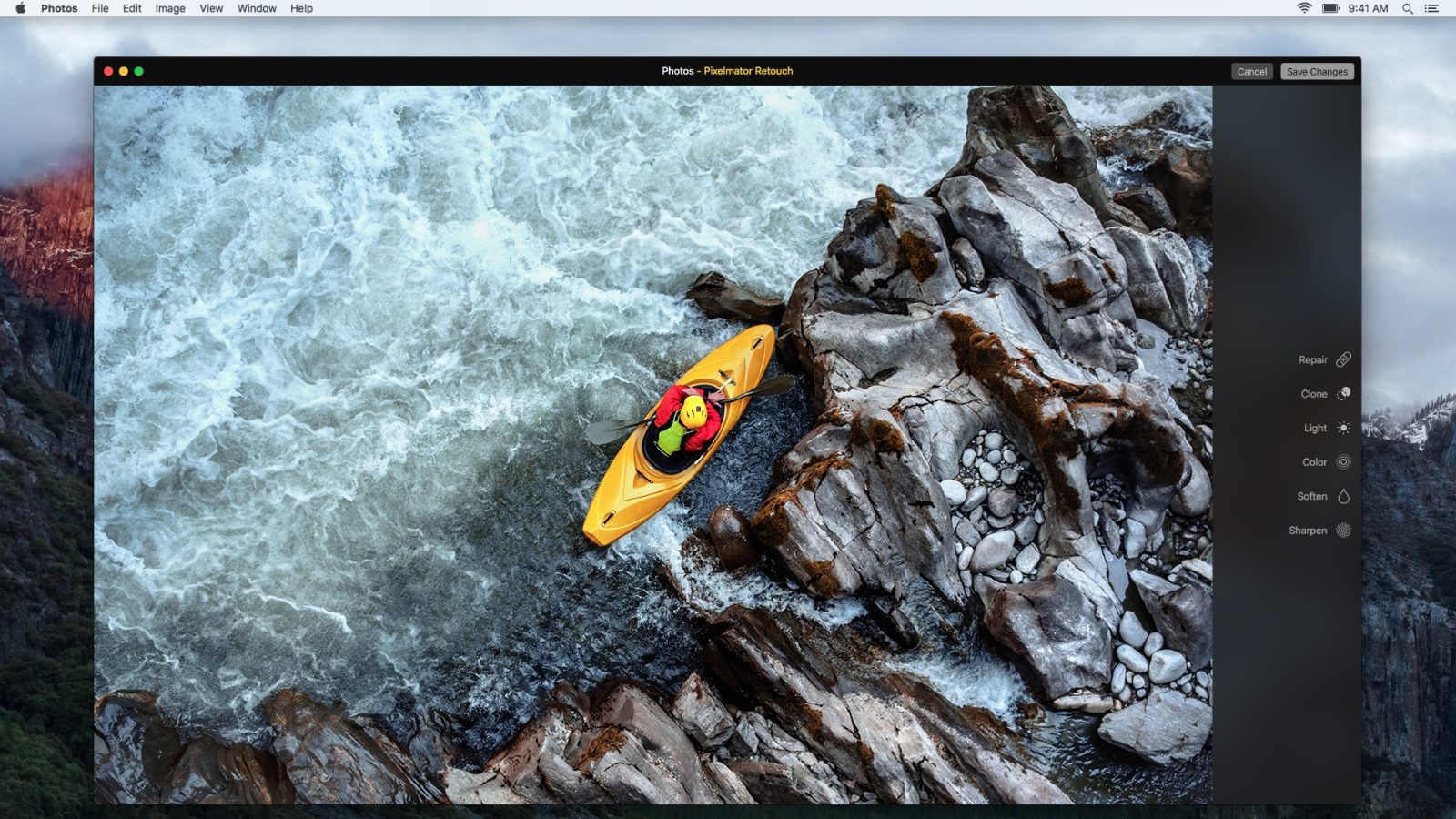 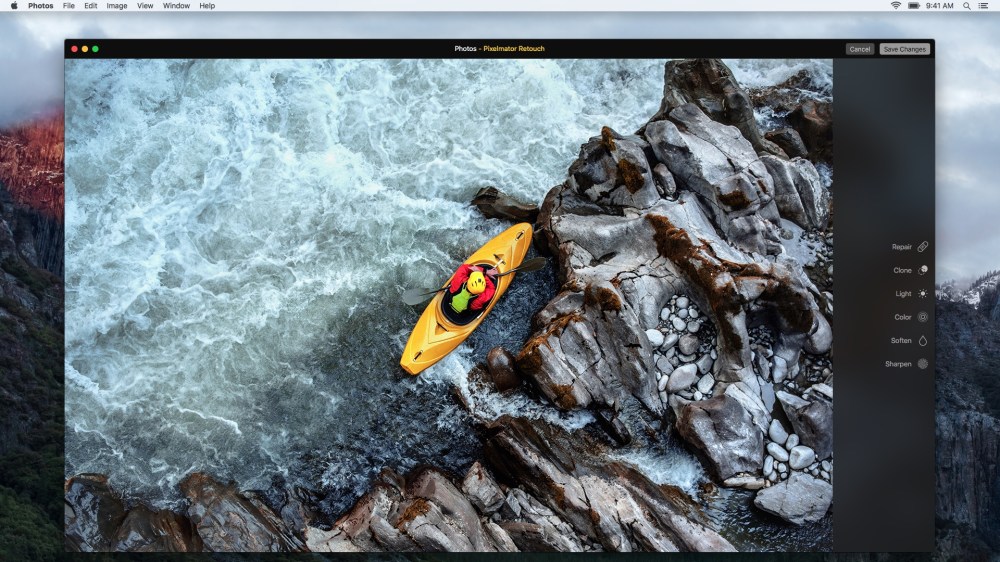 The team behind Pixelmator has today released yet another free update to its Mac photo editor, Pixelmator version 3.5 ($29.99 in the Mac App Store). Alongside the usual round of performance improvements and bug fixes, the app includes a few handy new end-user features. There’s a smarter Auto Selection tool and a brand new Magnetic Selection tool to accurately and quickly cutout objects from a scene in a photograph. There’s also a brand new Retouch extension for the native OS X Photos app, integrating refined brush-style edits into iCloud Photo Library. Video demo after the break …

Magnetic Selection is brand new to Pixelmator, essentially allowing users to roughly trace around things in an image whilst the app uses edge-detection algorithms to snap the drawn outline into an accurate selection of the object. It uses your cursor movements as a guide to narrow in on the actual object. As you drag the lasso around the object, you can click to make anchors that assist the algorithm confirm its doing the right thing.

Performance varies per image of course, but I found it worked great on a handful of test photos I tried. Even if the tool produces results that aren’t 100% perfect, you can tune the selection afterwards with the various manual tools Pixelmator already offers for selecting regions.

Automatic Selection is another selection mode, where you paint over an object to select it. It’s existed in previous versions of Pixelmator; the company says they have made it smarter and more reliable with version 3.5. I struggled to see a difference in behaviour but I always felt it worked pretty well. I naturally prefer the brand new Magnetic tool, which I also think is more familiar to Photoshop users.

The headline change with Pixelmator 3.5 is the inclusion of a new Retouch app extension for the Apple Photos app. Pixelmator already included a Distort Photos extension but it was more for novelty than utility. The Retouch extension adds highly-functional brush-based photo editing features within the Photos app (which includes almost no brush tools by default). Pixelmator Retouch includes Repair, Clone, Light, Color, Soften and Sharpen brushes that apply soft changes to the target area. Keep painting to amplify the effect — it reminds me of the now-discontinued iPhoto app for iOS.

Each retouch tool includes customization options such as diameter size and intensity. After you have finished editing, it’s one click to save back to iCloud Photo Library or — if you don’t like the edits — one click to cancel and revert to the source image. It adds a lot of power within the native Photos app itself and reduces the need for me to open the Pixelmator app … in a good way. To enable the extension, open System Preferences and go to the Extensions preference pane. Choose the Photos app in the left hand column and check the box to enable the Pixelmator Retouch extension.

Alongside the new features, Pixelmator 3.5 also includes a long list of miscellaneous improvements and fixes, including faster Stroke effects, smoother outlines for some effects like the Magic Eraser, fixes for Retina Macs and more.

Pixelmator for OS X is available in the Mac App Store for $29.99. The app syncs beautifully with the powerful iPhone and iPad counterpart application over iCloud, priced at $4.99 in the App Store.