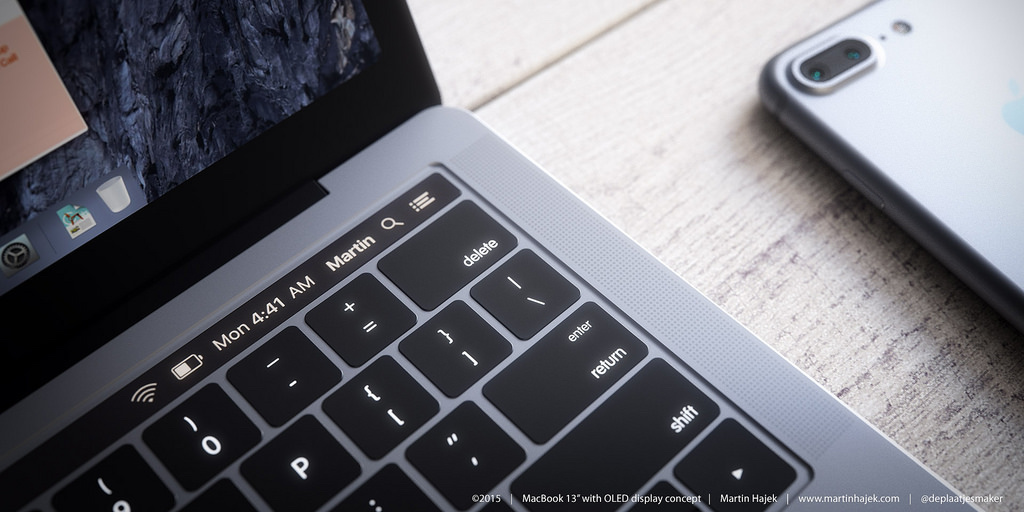 A KGI analyst report from two weeks ago broke the news that a new Apple MacBook, due later in the year, would debut a new OLED touch screen technology above the keyboard that will replace the function row keys. A leaked shell of a MacBook days later seemed to at least confirm the report along with showing 2 USB-C ports on the sides and a huge touchpad. The MacBook OLED bar rumor has been a controversial one for us and many of you generating lots of opinions. 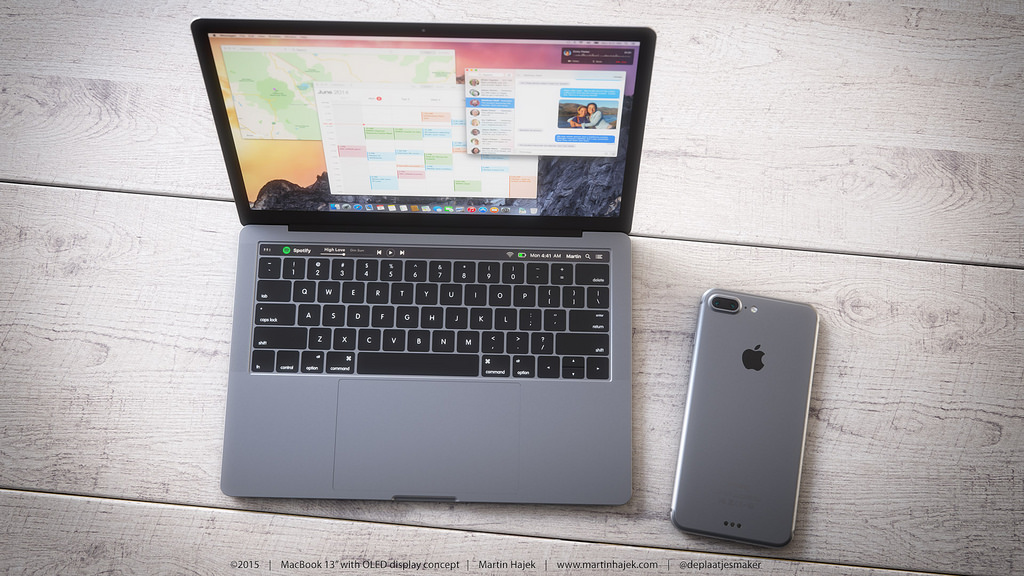 However, one of our readers Cameron did a mockup that changed all of that for me and many others. Taking a look at the possibilities with Siri, many of our readers came up with excellent ideas for apps that would use the bar. 3D designer Martin Hajek has done a few better with some amazing renders that take the OLED display from gimmick to “TAKE MY MONEY.”

The gallery from Martin below is definitely the best imagining of the new touchscreen hardware that we’ve seen yet. Rather than just replacing the function key rows with contextual, touchscreen versions of those keys and other shortcuts, this concept brings down features from the OS X menu bar and elsewhere from the OS. In addition, it imagines developer support built-in with Spotify controls featured in one render, and a progress bar for a download in another app show in another.

While one report this week said Apple could launch new MacBooks this month, the original source of the story, KGI, thinks Apple is planning to launch the new MacBook Pros by the end of the year. That means they almost certainly won’t make an appearance at WWDC, especially given that sources say this year will be very light on hardware.

Head below for the full gallery: