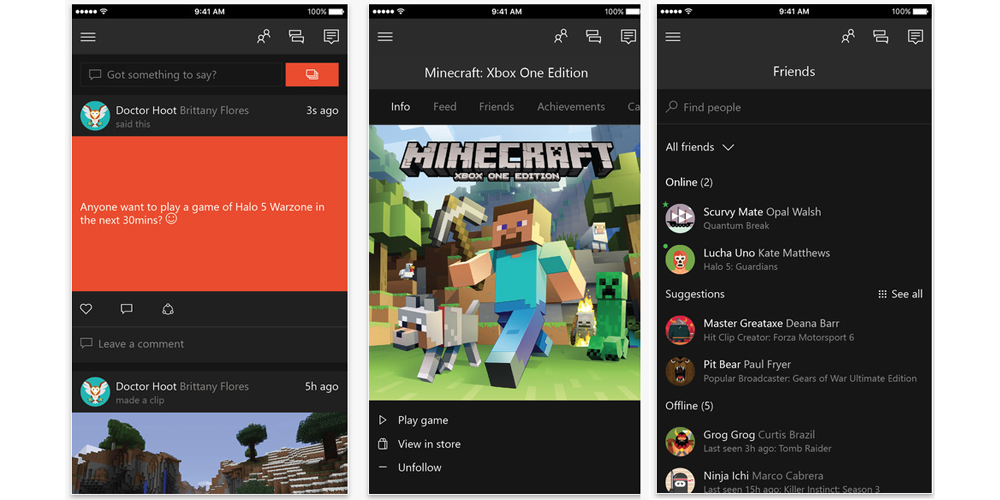 With Microsoft expected to launch a 4K Xbox One S console today, the company has updated its iOS app, now renamed to just Xbox…

The emphasis is on social functionality. You can now find your Xbox-using friends from both your Contacts and your Facebook friends, and you can share your real name with your friends. But the biggest difference you going to see – and probably hate – is that the app now looks like it’s running on Windows Phone.

The full change-log can be seen below. Xbox is a free download for both iPhone and iPad.

We are excited to introduce the new Xbox app. Everything you love about Xbox SmartGlass, is now in the Xbox app, and much more! No matter where you play games — whether it is your Xbox One, Windows 10 PC, or Phone — the Xbox app is the best way to stay connected to your gaming community.

This month we have got a pretty great release that will make your Xbox app experience much better.