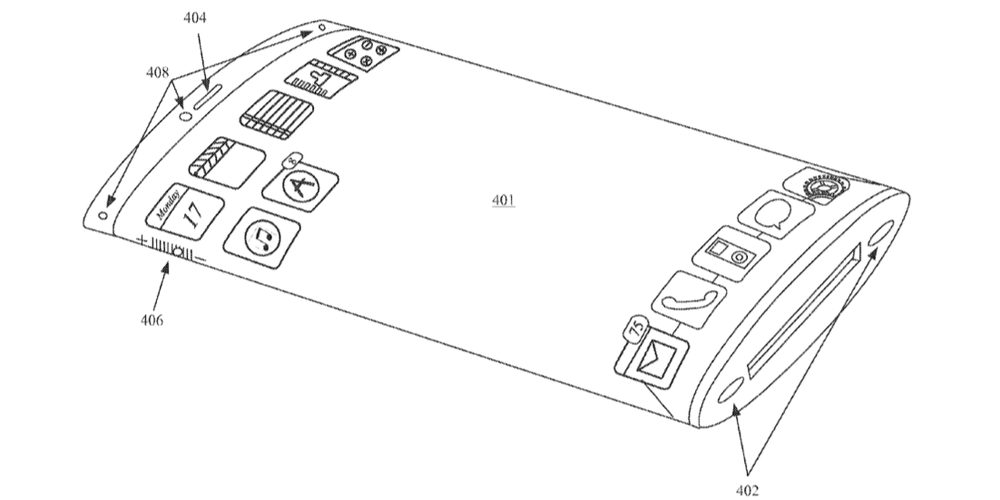 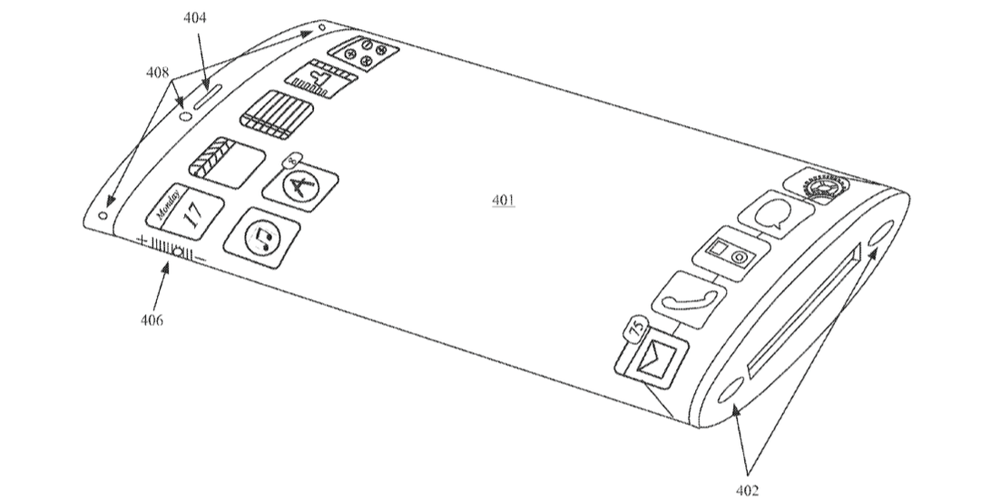 Apple was today granted a patent for what it describes as a ‘consumer electronic product [which] includes at least a transparent housing and a flexible display.’ The accompanying drawings show a device which has a display which completely wraps around the device – covering front, rear and sides – with only tiny bezels at the top and bottom.

While Apple uses generic language throughout most of the patent text, it does use the example of a smartphone in places, and the main drawing clearly shows an iOS device with a phone icon present, indicating that the company has an iPhone in mind.

If you’re wondering about one oddity in the drawings, there’s a reason for that …

Although the patent was granted today, it was first submitted in 2011, hence showing a 30-pin connector instead of a Lightning one.

The patent notes that much of the space in conventional devices is wasted.

A large majority of portable electronic devices have settled into a standard form factor; namely a flat planar form factor with a display on one side and an opaque housing which contains the electrical components covering the rear surface of the device. Unfortunately, this popular form factor, leaves the sides and rear surfaces of the device unused or at best configured with buttons and switches with fixed location and functionality. Since many of these buttons and switches have fixed functionality they cannot always be incorporated into third party applications. Therefore, there exists a need for an improved form factor for portable electronic devices which allows functionality to extend to more than one surface of the device.

It proposes to completely enclose the electronics within a wraparound display able to ‘present visual content at any portion of the transparent housing.’ As it’s hard to see how it would be possible to hold an iPhone completely wrapped in a touch-sensitive display, I’m imagining that the edges and rear may be passive display only, without touch sensors.

The device has no physical Home button, an issue addressed by a separate patent published last month in which the Touch ID sensor is embedded into the display.

While we’re expecting something special from the 10th anniversary iPhone, we do have to emphasise our usual disclaimer on patents: very few of the inventions Apple patents ever make it into finished products. With this one in particular, it’s hard to understand the benefits of a portion of the display you cannot see without physically turning the device over, but perhaps quickly turning it for at-a-glance information like notifications could work. The curved back would also present challenges using it on a flat surface, as well as making it a lot more vulnerable to damage.

For all these reasons, I’d be extremely surprised to see Apple go for anything quite this radical, but it may at least give some indication of the kind of direction the company is exploring. Smaller bezels and a screen with curved edges certainly seem plausible. Apple even showed off a more conservative take on this during the 2012 Samsung patent trial, labelled ‘Proto 0956’: 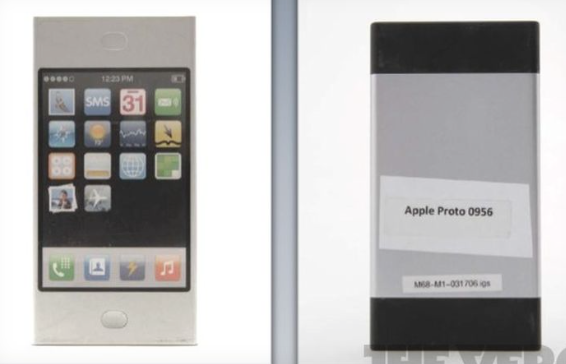