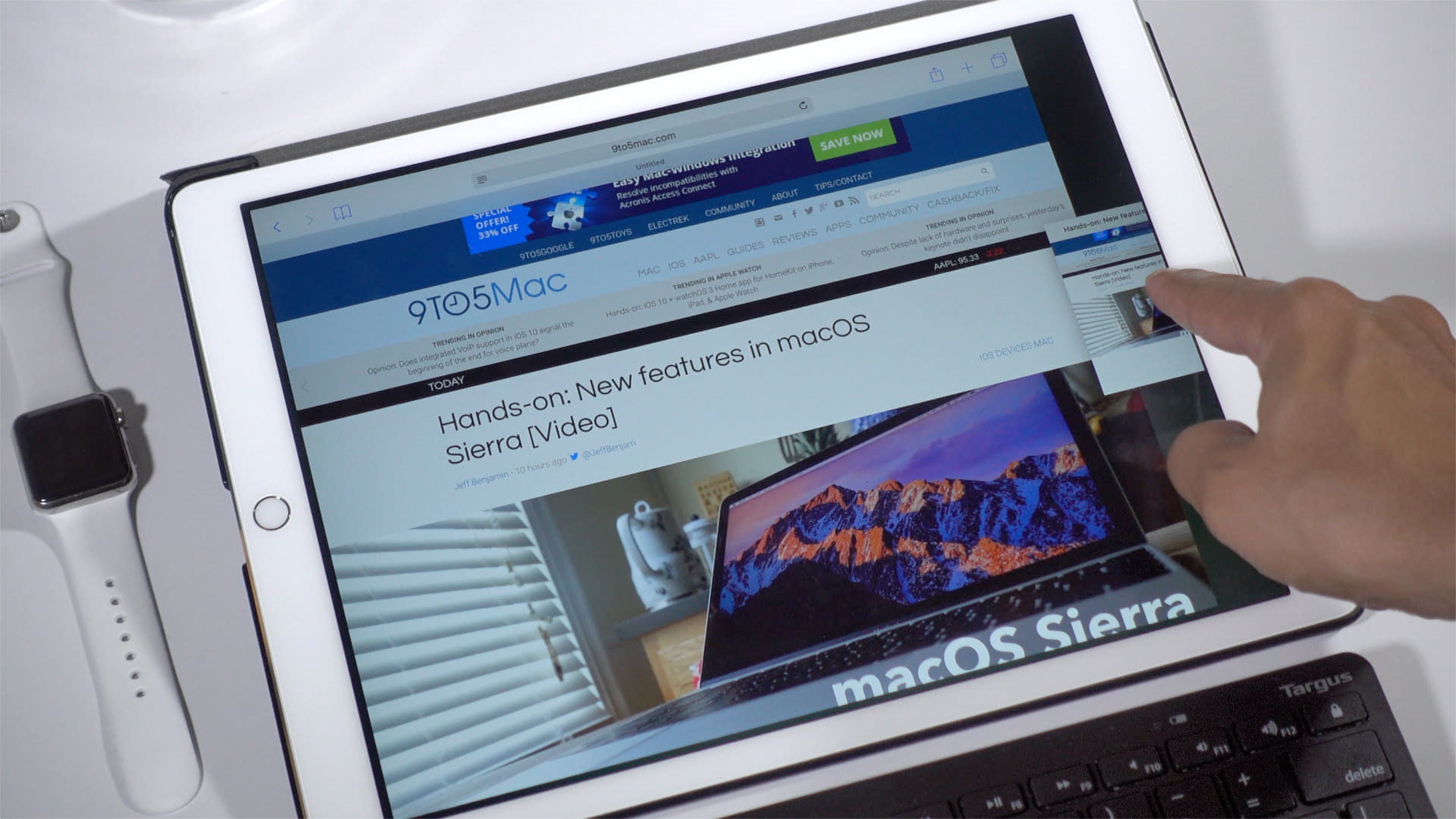 iOS 10 makes it possible to view two Safari windows side-by-side on the iPad via a feature called Safari split-view. It’s similar to the standard Split View between separate apps, but there are some differences to consider as well. In the following video walkthrough, we’ll show you how to use Safari split-view, and highlight some of its notable features.

How to use Safari split-view on iPad

Step 3: Use one of the following methods to invoke Split View

While in Split View, each Safari window contains its own address bar, tab interface, share and bookmark buttons, etc. It’s basically like running two separate apps side by side, except that it’s still one app.

One notable difference between standard Split View and Safari split-view, is that you can’t alter the ratio of the two Safari windows — each window occupies half of the screen, and there’s no way to adjust that ratio.

You can, however, move tabs between windows by dragging a tab from one side to the other. When doing so, the tab retains its place in history, allowing you to use forward and back buttons accordingly

Once Split View is engaged, it’s also possible to open links on the adjacent browser window. To do so, simply tap and hold a link and select the Open on Other Side option.

How to merge all tabs

To quickly merge all Safari tabs across both windows, long press on tab button in either  Safari Split View window, and tap Merge All Tabs.

Tabs can only be moved between browsers that share the same status. This means that you can move a tab between two private windows, or two regular windows, but you can’t mix and match moved tabs between private and regular windows.

When it comes to using the Open on Other Side option, things are a bit more flexible. If you open a Private link in the adjacent Split View window, it will open in whatever mode the receiving window is currently in.

If you close out of Safari or even force close the app, Safari will remember where you left off, and re-engage Split View automatically along with all open tabs.

Safari split-view is a fairly robust feature that is sure to make a lot of iPad owners happy. I would prefer it if Apple allowed users to adjust the real estate shared by Split View windows, but even when locked at a 50:50 ratio, it’s an incredibly useful feature to have.

What are your thoughts on Safari split-view? Is it something that you plan on using on a regular basis?