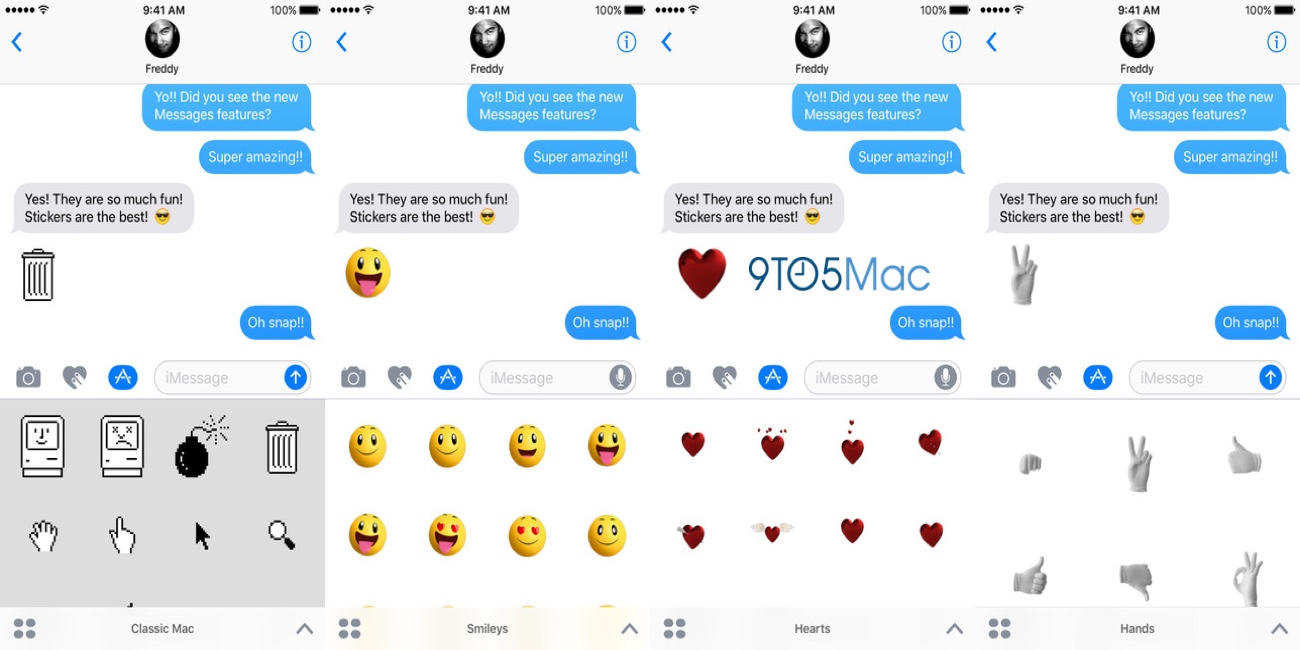 One of iOS 10’s cool new features is the ability for developers to create sticker pack animated emojis for iMessage using the Messages API.   Apple is showing how it is done, so to speak…

Apple last night released 4 apps for iOS 10 beta testers, most of which will look familiar to Apple Watch users. The Classic Mac sticker packs, originally designed by Susan Kare in the 80s was included with iOS 10 but is now there if you’ve uninstalled and want to reinstall.  Here are the downloads for iOS 10 users:

I’m still torn on these. On one hand, I’m a little bit disturbed by what iMessages chat is starting to look like. On the other, I’m excited to see what developers create here.