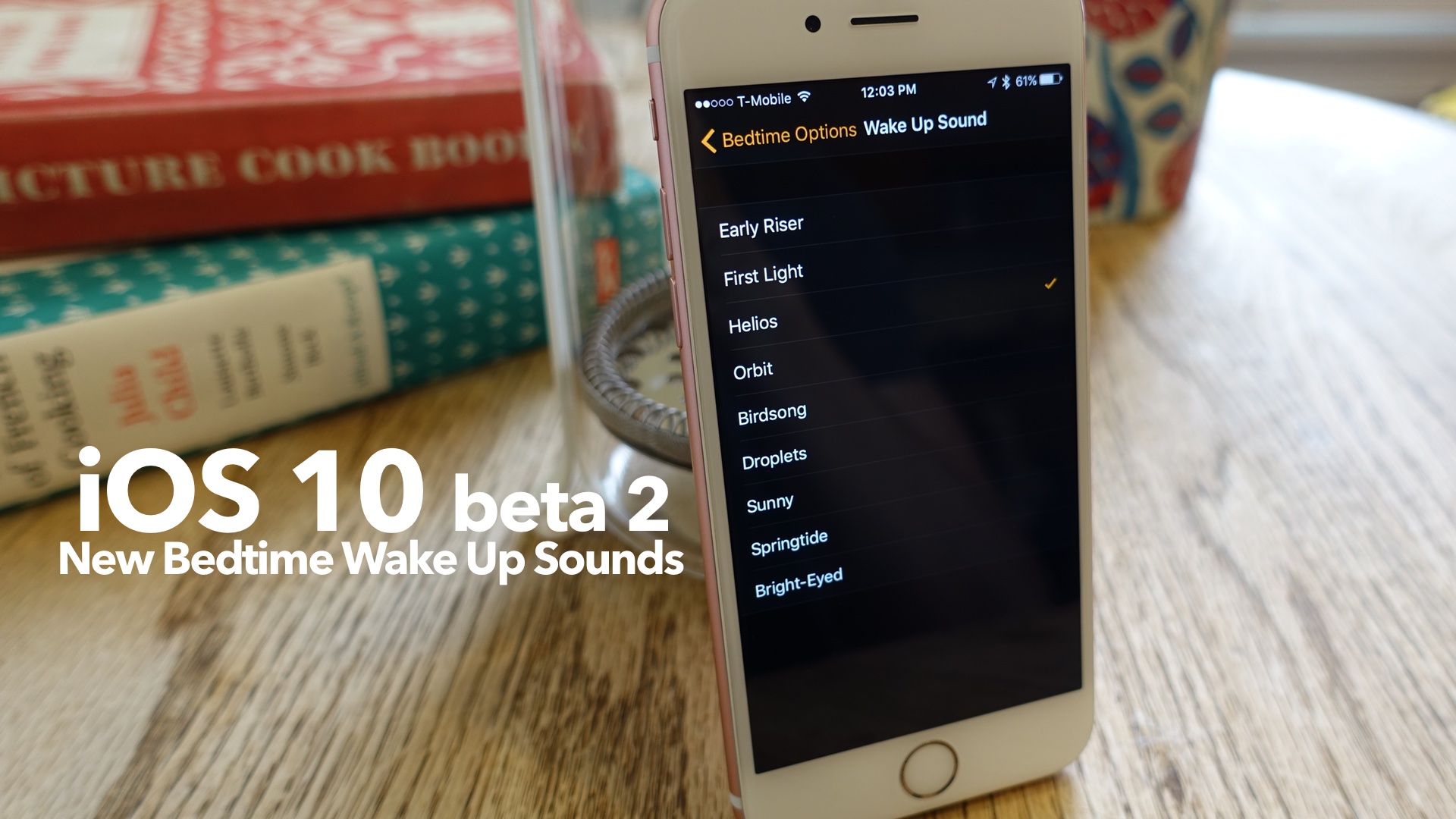 As we highlighted in our 50 new changes post, iOS 10 beta 2 is stuffed to gills with tons of new updates and features. In the following video walkthrough, we’d like to highlight another iOS 10 beta 2 change — the presence of all new Bedtime Wake Up Sounds in the default Clock app.

To find these new Wake Up Sounds, you’ll need to be running iOS 10 beta 2. From there, simply open the stock Clock app, and tap the Bedtime tab, followed by the Options button in the upper left-hand corner. You will then see a Wake Up Sound panel containing nine Bedtime-specific alarms.

Here is a list of the alarms included in the Wake Up Sound panel:

Have a look at our hands-on video as we play all nine sounds in their entirety via a direct feed.

Each of the sounds features its own unique composition, and are full songs that don’t simply loop after a few bars. These are pleasant sounds that aren’t jarring like typical alarm clock sounds.

I find that I’m a lot less cranky in the morning if I’m awakened with subtle, ear-pleasing sounds like these. What about you?