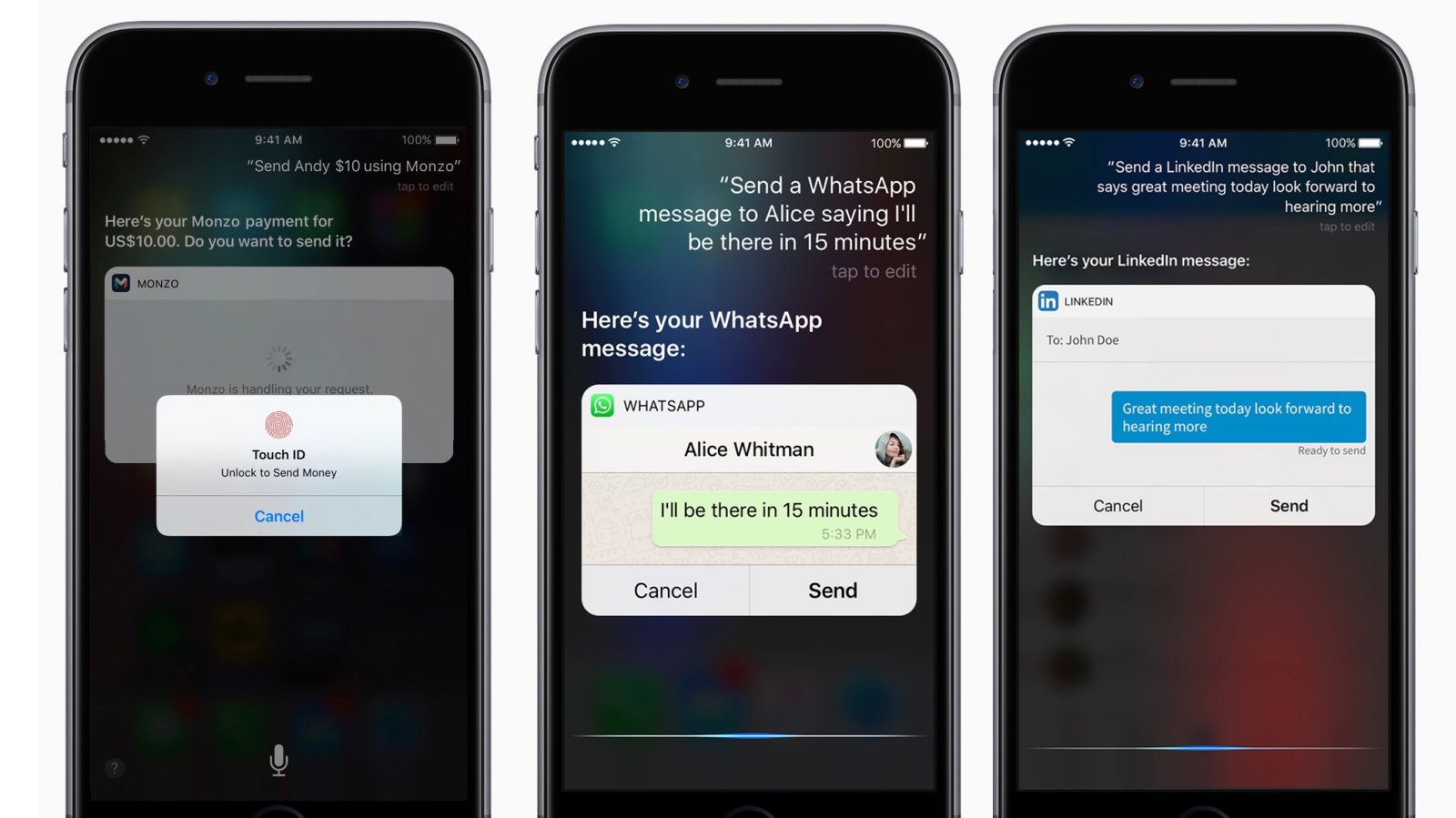 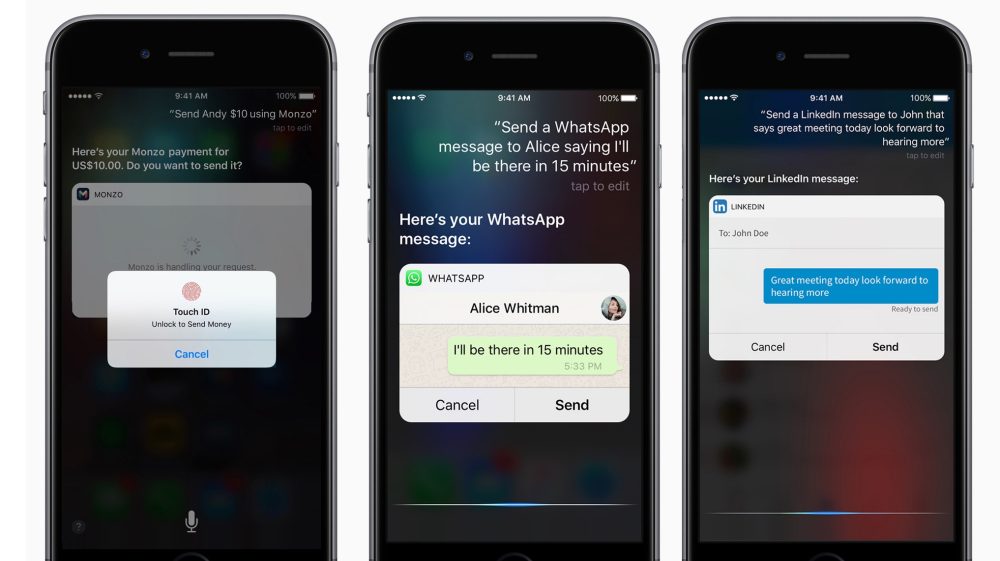 With iOS 10 launching later this month, Apple is starting to show what you’ll be able to do with the new operating system. Announced at WWDC, Siri will be able to integrate with third-party apps in iOS 10. For the first time, users will be able to take advantage of third-party services through Siri voice search. Apple has uploaded some screenshots (embedded below) showing how third party apps will work with Siri, using popular apps like LinkedIn and WhatsApp as examples …

First, it’s worth noting that Siri on iOS 10 is not a universal solution enabling all apps on the App Store to suddenly integrate into Siri voice queries. The SDK is focused on select categories of application to enable rich voice interactions with those apps. The developer implementation is explored in more detail here, but the consequence for iOS 10 users is that Siri will work with six categories of third-party app: ride booking, messaging, Photo Search, payments, VoIP Calling and Workouts.

One of the examples Apple is touting today is person-to-payments. Using the Monzo bank as an example, Apple shows how customers will be able to ask Siri to “send Andy $10 using Monzo”. This will bring up a custom sheet inline to the Siri experience with details of the transaction.

To confirm users press the Send button. However, payments require authentication so Siri will ask for the user’s fingerprint to allow the transaction to take place: “Unlock to Send Money”. A similar process takes place if the user refers instead to Square Cash but with custom, unique, UI to differentiate the experiences.

Using third-party apps for messaging in iOS 10 is also straightforward, just like sending an iMessage with Siri. In the example, a user can say “Send a WhatsApp message to Alice saying I’ll be there in 15 minutes” and Siri will transcribe the request into a message sheet. This sheet looks just like a normal WhatsApp conversation with the same interface for message bubbles and such.

Apple also shows another example for sending a message using the LinkedIn social network. In this case, the LinkedIn app provides the UI instead … with the same blue branding you would expect from LinkedIn.

This is a good gallery of examples for the messaging and payment categories of Siri integration. Expect similar experiences for the other categories like Photo Search and ride booking. As discussed before, Apple has done a good job with the Siri third-party app SDK for the categories it supports. However, some developers have expressed disappointment that the initial set of supported apps is too limited.

Apps like Spotify or Pandora are notably excluded from the initial Siri SDK as there is no category for media playback apps. This also impacts podcast apps like Overcast or Castro, they are also left out in the cold. Apple executives have said they are open to expanding the Siri SDK in future iOS releases but nothing has been officially announced regarding further expansion.

iOS 10 will be released to the public later this month, and will ship pre-installed on the iPhone 7. Catch all the announcements next week, on September 7, at Apple’s fall media event. We are expecting the unveiling of the iPhone 7, new Apple Watch, final details about iOS 10 and more.