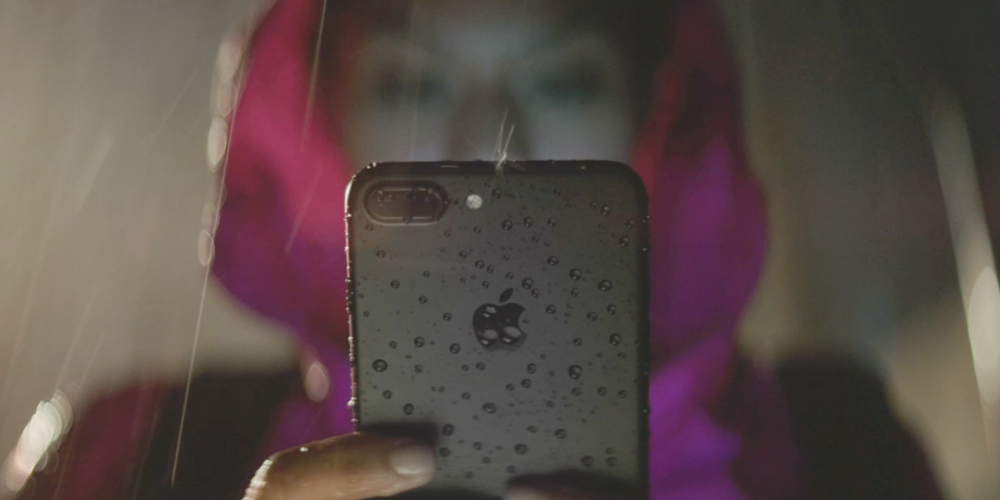 iPhone 7 pre-order day is here and two things are clear. 9to5Mac readers really like black whether its matte or glossy, and Apple can’t make enough of the new colors in time for launch day.

Jet black is already backordered into November unless you woke up at 3am ET and pre-ordered immediately. Matte black isn’t as bad with 2-3 week estimates for most models currently, but the low supply has presented an annoying downside to iPhone Upgrade Program customers.

Fortunately, I’m not personally in this situation, but I’ve heard from plenty of readers that have come across this issue. The problem with the iPhone Upgrade Program is that you have to buy your new model from Apple, which means when supply runs low you can’t turn to third-party retailers for earlier shipping dates.

Buying from Apple.com or the Apple Store usually isn’t an issue. Apple tends to have better inventory than third-party stores so you’re often wiser for buying from the company directly. But today’s iPhone 7 pre-order start made it clear that isn’t always the case, especially with online pre-orders.

For example, I actually managed to miss my alarm for 1:50 am local today and instead woke up at my usual 5 am time three hours after pre-orders started. 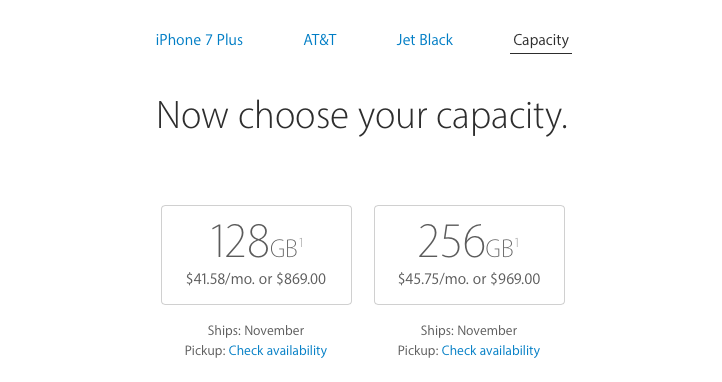 My iPhone 7 pick, the jet black 256GB AT&T Plus model, was already backordered into November on Apple.com, but I was able to pre-order the same model from ATT.com with a September 30-October 7 delivery window. (I’m still considering trying my luck at an AT&T or Best Buy store on launch morning; I’m too far from an Apple Store.)

My wife’s iPhone 7 pick, the rose gold 128GB AT&T Plus model, was also backordered past launch day on Apple.com but available at launch from ATT.com. Glad I’m not an iPhone Upgrade Program customer!

If you do use the iPhone Upgrade Program, you could likely opt to start up a new contract with one of the carriers if you noticed they had inventory that Apple didn’t since the program basically lets you bring your own iPhone to the carriers, but then you’re losing the benefit of the program and may end up owing money that you didn’t expect.

You’re already guaranteed to be upgrading, so that could be prioritized in some way. The shift would also likely drive more people to use the iPhone Upgrade Program which doesn’t sound especially popular yet. Eventually, you’d run into an issue with ensuring launch day stock for even those customers, but some sort of priority ranking would make sense especially when you lose the ability to take advantage of third-party inventory.

It’s probably that the low supply of jet black and matte black iPhones will have another effect on launch day: Apple Store queues. These have become something of a thing of the past in recent launches as online ordering has been fine, but this year it may be the only way to increase your luck with picking up a shiny (or matte!) black iPhone 7.