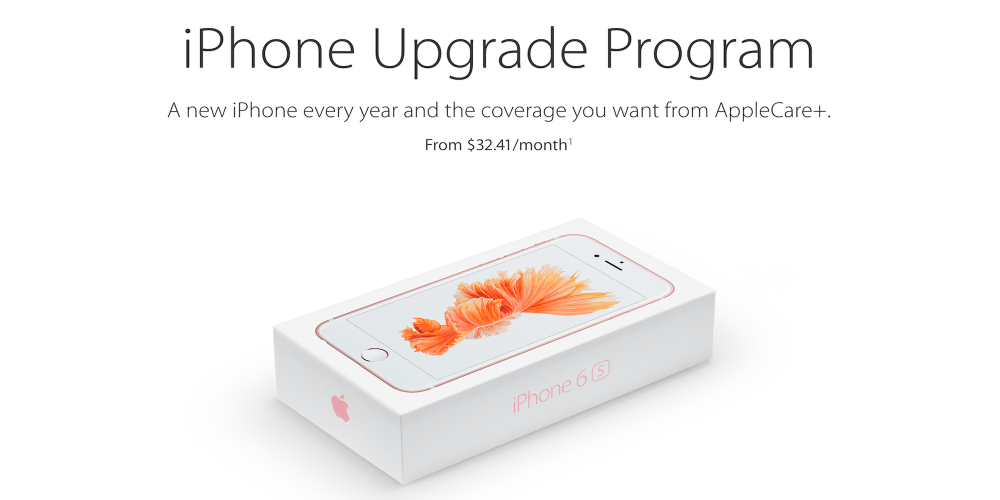 In the chaos of iPhone 7 preorder night last week, one widespread complaint was Apple’s apparent neglect of customers signed up with the company’s iPhone Upgrade Program. As Zac noted last week, one of the biggest problems with the plan is that customers must buy from Apple in-store, not from a third-party store like Best Buy or even online from Apple.

While customers on traditional carrier upgrade plans were able to preorder the new iPhone 7 and iPhone 7 Plus like normal, iPhone Upgrade Program members were told to “check back later” for additional inventory of the new devices and to buy the device in stores when officially available.

The iPhone Upgrade Program promises that users can make mostly payments each month in exchange for the ability to upgrade to the new iPhone every year. Today’s class action suit, however, alleges that Apple had a different plan in mind.

Another pain point for iPhone Upgrade Program customers who are being told to “check back later” or take the risk of relying on in-store inventory comes in the terms of the deal on Apple’s part. If a user doesn’t get the latest iPhone on launch day, then they will not be able to upgrade the next year on launch day either. Essentially, you are eligible for an upgrade one year from your purchase of the previous generation device, not from when the device was initially released.

While scores of customers signed up for the program and were ready to take advantage of the every-year upgrade with the release of the new iPhone 7 and 7 Plus on September 9, 2016, Apple had a different plan in mind. It allowed non-iPhone Upgrade Program customers to snap up the limited inventory of the new devices while telling countless iPhone Upgrade Program customers to “check back later.”

iPhone Upgrade Program customers are left waiting for new phones while they continue to make payments on their old phones. Even worse, their eligibility to get a new phone immediately upon release in 2017 or other future years without making extra payments will be limited by the terms of the program.

As far as damages go, the class action lawsuit is asking Apple to reimburse members for any extra payments made while waiting for the iPhone 7 and iPhone 7 Plus, to make iPhone Upgrade Program members eligible for the 2017 iPhone on launch day, and to make all inventory, including online, available to members of the program, as well.

Were you affected by the iPhone Upgrade Program woes on preorder night? Sound off down in the comments if so.