tvOS 10, the next major software update to the new Apple TV, is officially available for all customers starting today. See how to update here then head below for a full rundown on everything new for Apple TV with tvOS 10.

The new dark mode in tvOS 10 is a lifesaver if you use the new Apple TV in a dark environment (and who doesn’t watch movies and TV shows in the dark?). It’s not quite as dark as the theme from older Apple TVs, but the gray user interface works on the main screen as well as Apple’s tvOS apps and other channels.

The easiest way to turn dark mode on or off is to just tell Siri. Alternatively, you can navigate to Settings → General → Appearance → Light/Dark to toggle the two modes. Or if you’re like me, just turn on dark mode and never change it.

Whether you’re using the Siri Remote or Siri on the Apple TV Remote app for iOS, the voice assistant is usually the fastest way to do something on the new Apple TV. Starting with tvOS 10, you can search movies by topic. For example, you can tell Siri to “Show me movies about politics” to find political films. 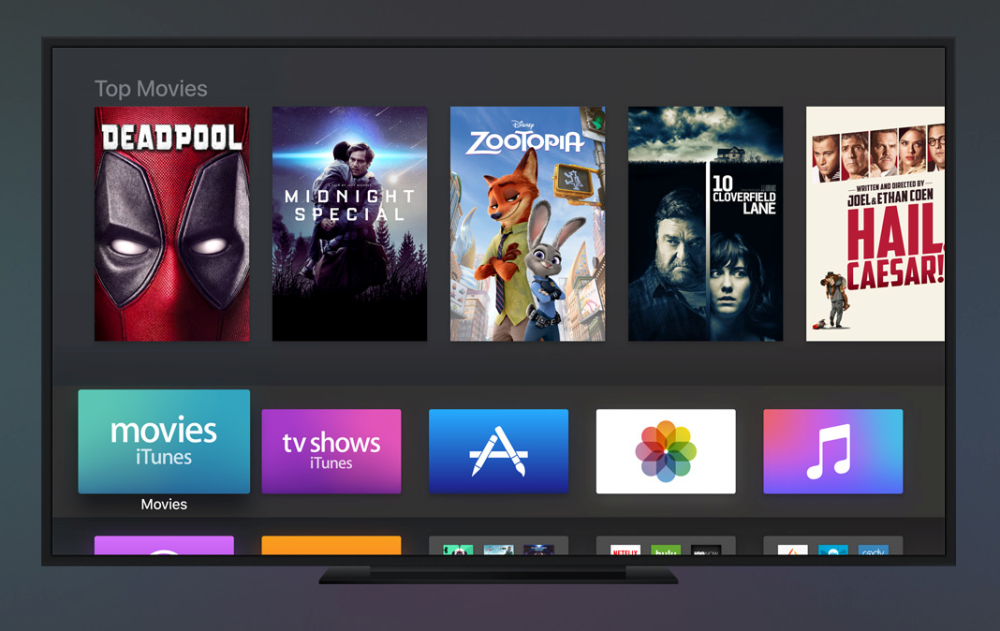 Siri can search a lot of channels on tvOS at the same time, but YouTube is harder to catalog than iTunes or Netflix. tvOS 10 solves this problem by treating YouTube a little different from other channels. You can search YouTube with Siri in tvOS 10, but Siri simply takes you to the search page with the results for what you requested rather than showing possible videos in a special user interface. It’s not as polished as universal search, but it gets the job done. Try it with something like “Siri, search YouTube for 9to5Mac” and see what happens.

tvOS 10 is based mostly on iOS, but the first version lacked support for HomeKit, Apple’s home automation framework. Starting with tvOS 10, you can now control HomeKit accessories with Siri Remote on Apple TV. The only exception I’ve found so far is smart locks for security reasons so scenes with locks won’t work. My favorite scene to set from Apple TV is ‘Movie night’ which lowers the lights and sets the temperature.

It’s not nearly as dramatic as the overhaul on iOS 10, but tvOS 10 also includes a new Apple Music design. This includes a dedicated Search tab and a new layout in general. Apple TV Remote is a great iOS app for controlling the new Apple TV, and tvOS 10 goes a step further by prompting you on your iPhone or iPad when it detects you’re typing so you can enter text easily on your iOS device. This works even if you don’t have the new Remote app installed as long as you’re nearby and using the same iCloud account.

Photos on tvOS 10 is one of the many places you can find Apple’s new Memories feature which resurfaces collections of photos from similar places or dates. It’s basically a slideshow with Apple doing most of the work. They’re also customizable too so it’s fun to play around with before you share with others on the TV screen. 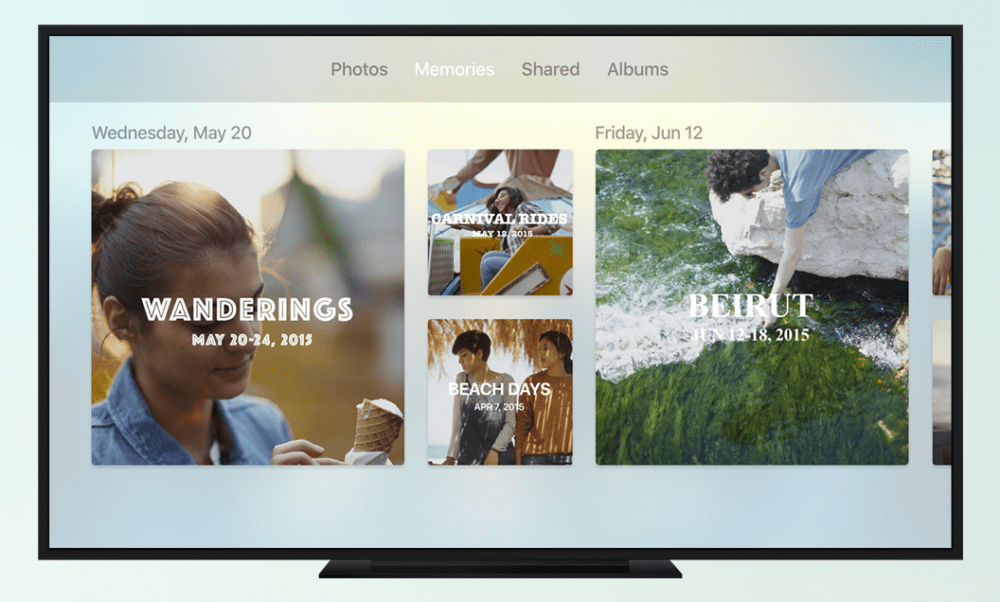 Just like on iOS, tvOS 10 can now automatically download new app purchases to your Apple TV when you first purchase them on another device. This works for both free and paid apps, but only when you first get a new app.

Some of the biggest updates to tvOS 10 will come from developer apps. Apple highlights plenty of technologies that are now available to tvOS 10 apps:

Finally, Single Sign-On is coming to the App Store on both iOS and tvOS. This feature will let you sign in to your cable provider once, then be logged in to each available channel automatically rather than going through the set up process with special codes and Safari over and over and over.

The App Store will even present you with a list of all the available channels for your cable provider so you don’t have to hunt for the right channels on your own. We haven’t seen this feature live yet, however, so we’ll have to keep an eye out for it.