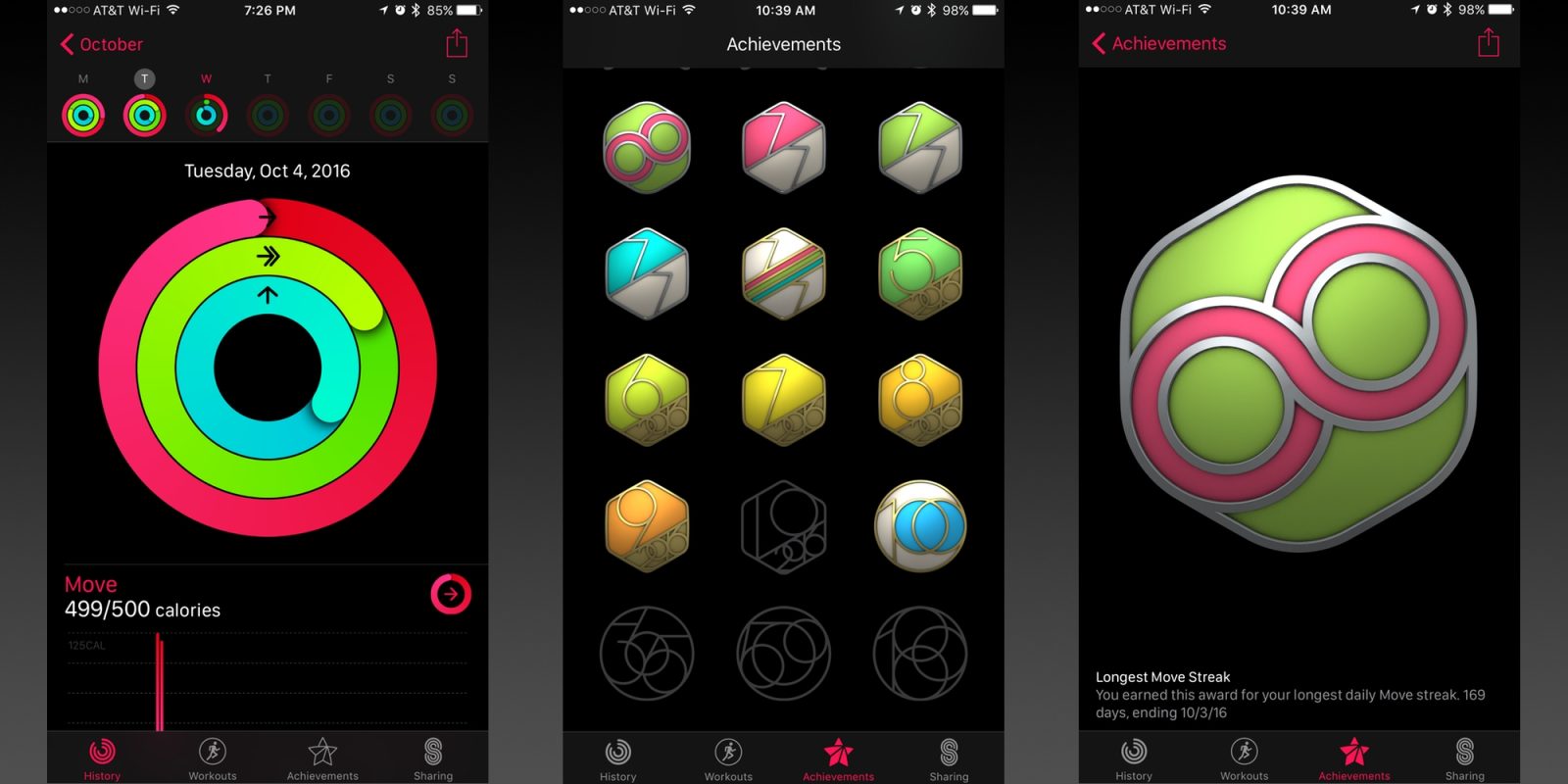 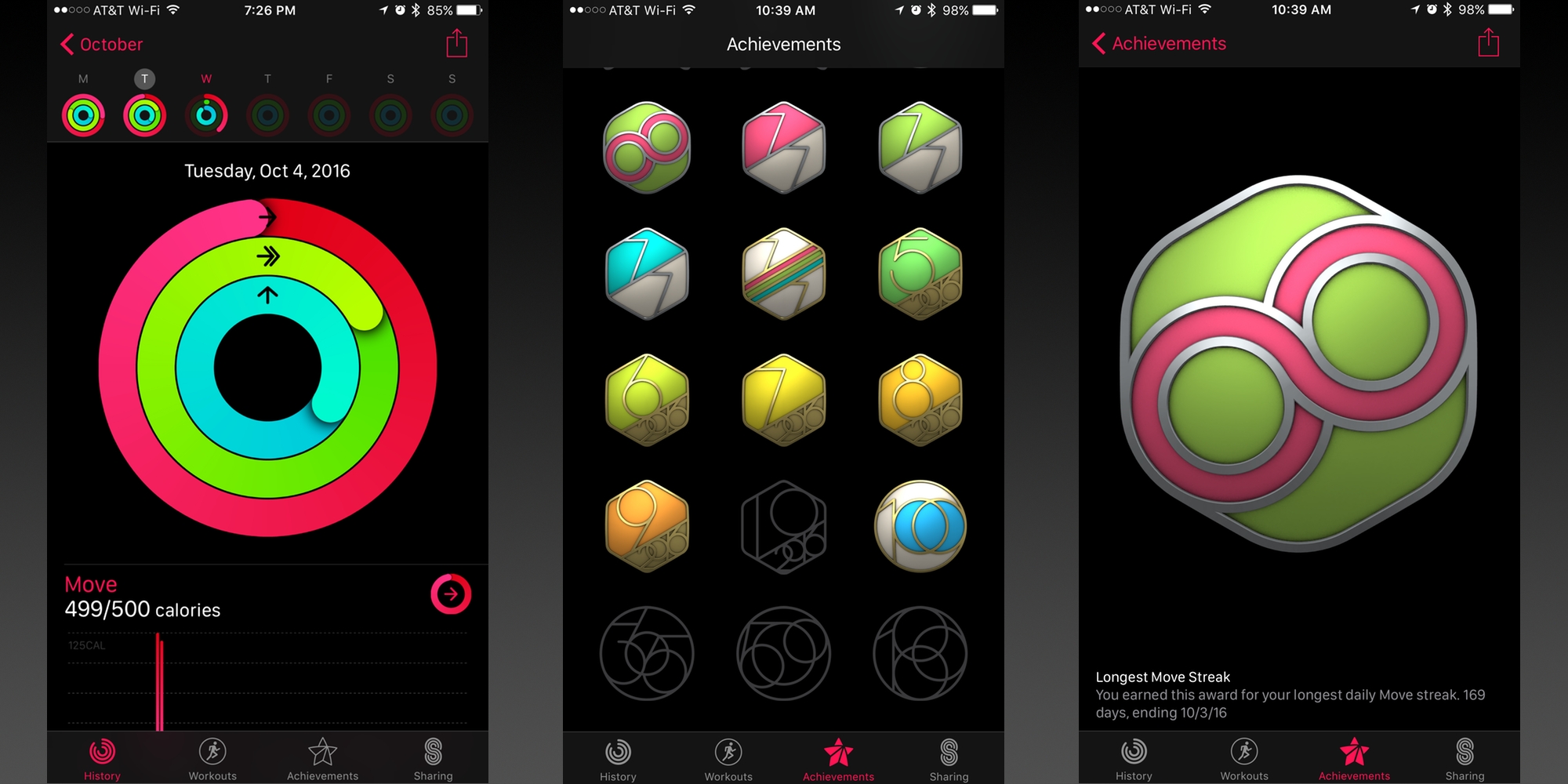 Really good fitness and health tracking is easily my number one reason for wearing my Apple Watch everyday (and upgrading to Series 2), and I really appreciate the new Activity Sharing features in watchOS 3 and iOS 10. Filling Activity rings and keeping a streak going is really effective motivation for me.

But breaking a streak or not quite filling an Activity ring can be equally uninspiring. It’s tempting to want to give up or take it less seriously, especially if you almost had it or the stream was broken by error. That happened to me this week, which prompted me to think about three things I’d love to see Apple’s Activity app gain: rest days, tolerance levels, and an honor system.

What happened to me is this: I had a 169 day streak of meeting my move goal (which required some real effort especially during 18 hour road trips this summer) that I broke on Tuesday by recording 499 active calories out of 500. I didn’t notice until Wednesday night when it was too late to do anything about. Tuesday night I recall seeing 482/500 before my workout, then strategically completing a brief 20 calorie elliptical workout to 104% before bed. I immediately saved the workout and docked my watch and iPhone.

The workout saved correctly but something happened along the way and the right numbers didn’t sync. It’s silly, I know, but I was pretty frustrated! My streak was over and I won’t earn the October 2016 medal in the Activity app. My first reaction was ‘OK I guess I can take this month less serious now’ but quickly tossed that idea. It did feel a lot like getting through a video game and hitting game over and starting over after a lot of effort, but my real goal here is to stay active, lose weight, and improve my health.

In my case, I’m attributing the error to a syncing bug that I’ve seen happen before but usually corrected the next day. But what if you genuinely missed your move goal by 1 calorie? Or had a day where you were just under the weather and didn’t need to exercise? My three proposals would work like this:

I use MyFitnessPal to log meals and track nutritional information in the Health app, and it relies completely on the honor system without being ineffective. It’s totally up to you to be truthful about what foods you consume; there’s zero benefit to the app if you fudge the data. Ideally, Apple Watch could do it all perfectly on its own, but an employing these feature recommendations could help the Activity app remain motivational in different situations.