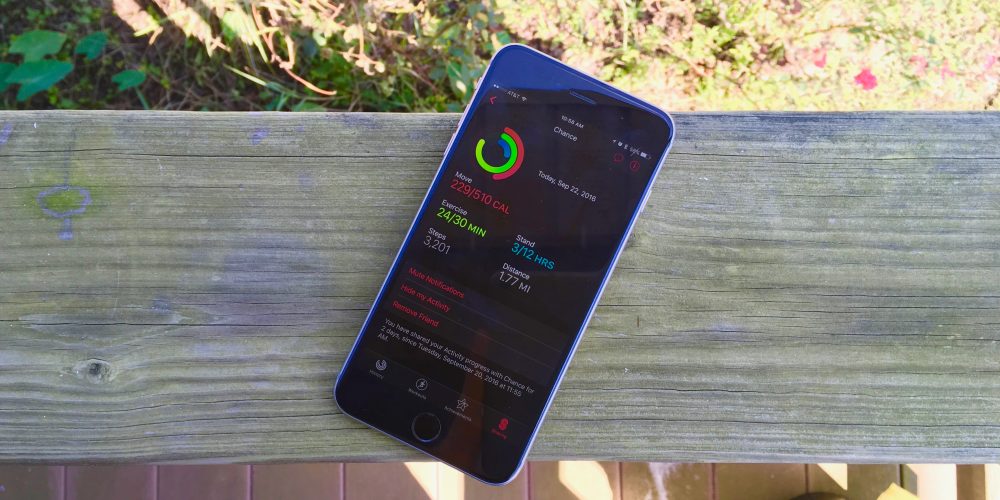 Apple is known to be notoriously bad at social — look no further than Ping, a social feature embedded in iTunes that Tim Cook killed because no one used it. That’s fine for the most part because Apple makes the platform (iOS) where the best social network apps (Facebook, Twitter, Instagram, Snapchat, etc.) exist and people continue buying iPhones.

Apple isn’t completely socially awkward either. Music lets you tweet and post playlists, Photos lets you share Photo Streams with contacts and on the web, and iOS share sheets facilitate the majority of my social sharing. It’s Apple’s new Activity Sharing feature that I’ve been enjoying the most since iOS 10 and watchOS 3 were introduced.

Activity Sharing lets you automatically share fitness data captured from the Apple Watch with other Apple Watch wearers. Adding a social aspect to activity tracking is especially motivational for staying active and shows Apple doing social right (even if Activity Sharing has opportunities to improve).

The social feature in the Activity app does two things. First, you can view the progress of any friend to see how many active calories they’ve burned, how many hours they’ve stood and moved around for at least one minute, how many minutes of exercise they’ve had, which medals they’ve achieved, and which workouts they’ve completed. Second, you receive alerts on your Apple Watch when your Activity Sharing friends complete a workout or fill an activity ring.

Apple strikes a pretty good balance on privacy and information with Activity Sharing just as you’d expect. For example, you can see when a friend completed an outdoor run by the alert and how far they ran in the app, but you can’t see their mapped run (only they can). You can also mute alerts for a specific friend or hide your activity from them without removing them as a friend.

As Chance wrote yesterday, Activity Sharing is a pretty compelling lock in to the Apple Watch too. If you weren’t hooked on completing your own activity goals, adding a little competition and accountability might motivate you to wear your Apple Watch regularly.

I’m not exactly in that boat. I got addicted to reaching my activity goals earlier this year and have a 157 day streak going. Activity Sharing is still having an effect on me though. Seeing some of my more active friends complete more workouts with longer sessions than me definitely motivates me to stick with my hour-long morning workout routine at 5 AM rather than wait until the evening when I can squeeze in the minimum 30-minute workout before bed. This has seriously been one of my first thoughts in the morning this week and a real reason to get out of bed early rather than snooze.

Apple’s approach to Activity Sharing makes a lot of sense. Build a standalone app that serves no immediate social function, then slowly integrate social features a little at a time. This tends to work well for Apple versus tackling social in one fell swoop and competing with actual social networks. You could argue that Apple is making the Ping mistake again with Connect in Apple Music. Activity Sharing is a service that improves an app, not a service that wants to take attention away from other services. 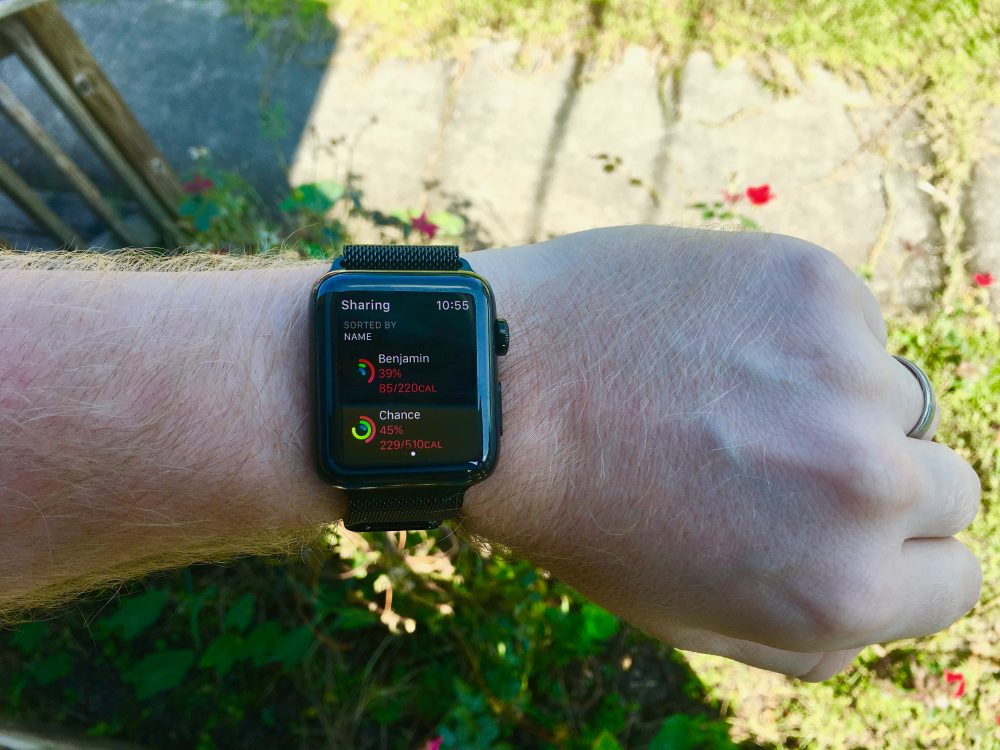 Activity Sharing does compete with Fitbit’s social features, but the real competition there is between Apple Watches and Fitbit fitness trackers. The underlying social features are secondary. I do hope Apple is only just getting started with Activity Sharing though, as the user interface can get tricky to manage if you add too many friends.

For now, Apple’s stab at social fitness features really impresses (and motivates!) me as an Apple Watch wearer. Sorting options by name or goals makes it easier to parse what you’re looking at, and integration with iMessage including some serious smack talk suggestions has started entire conversations that spring from Activity Sharing. Good game Apple, keep it up.