Opinion: Apple Watch Series 2 may right enough wrongs to keep it on my wrist 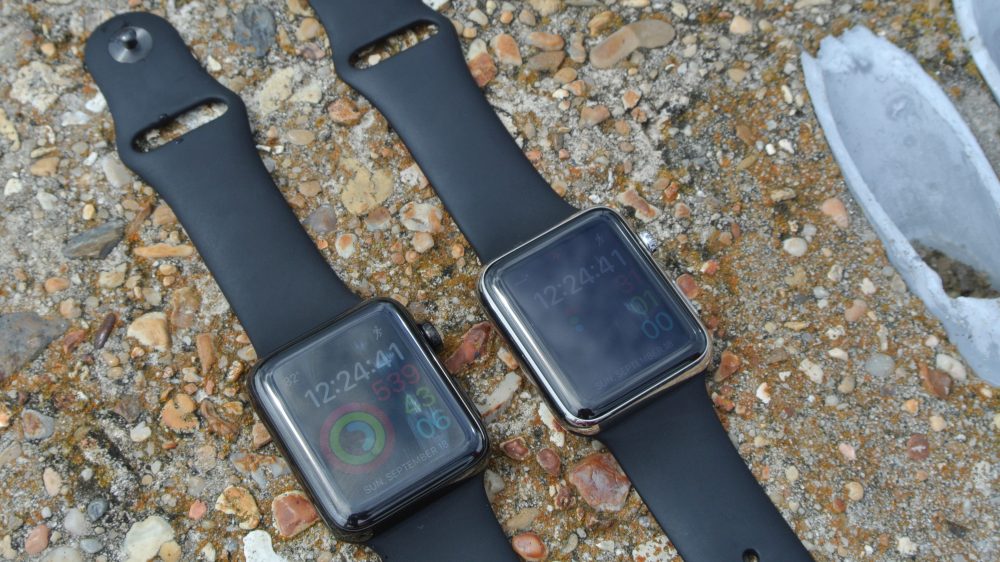 I’ve never been entirely sold on Apple Watch. From the get go, I didn’t necessarily see a clear purpose for the device. Nevertheless, I purchased the first-gen model on launch day, being the Apple fanboy that I am. Over the course of my first year and a half with Apple Watch, though, I didn’t find myself consistently wearing it. I would go through phases where I would use it for a few weeks, but then I would go weeks without even charging it.

This year, Apple revamped the Apple Watch lineup and I was pressed with the decision of upgrading or sticking with my first-generation model. It didn’t make a lot of sense for me to spend money on something that I wasn’t consistently using, but factors such as the improved speed seemed like enough to dispel some of my issues with the first-gen. So much so, that I went ahead and purchased the Apple Watch Series 2 on launch day and have been using it since…

For me, the original Apple Watch didn’t necessarily make any of my daily tasks considerably easier, but it had the basis to do so. The Activity app definitely motivated me, much like it did Zac, to actually starting taking initiative with my physical health. The Maps navigation was incredibly useful with notifications while driving, such as the rapid taptic feedback when approaching a turn.

It wasn’t perfect by any stretch of the imagination, and felt very much like a “beta” product in terms of execution. I’m not the first person to note that, either. One of the most common complaints regarding the first-gen Apple Watch was its speed, or lack thereof. Simple tasks like checking the weather or trying to load up Mail took a considerable amount of time. In many instances, it was simply quicker to pull my iPhone out of my pocket and use it.

The Apple Watch Series 2, however, promises to fix the speed issue, as well as others. Zac noted of many of the changes in his incredibly detailed review, but he’s been a fan of the Apple Watch since it came out. I, on the other hand, have never been convinced that it’s product worth having…

In selling the Space Black model at lower prices, Apple offers a more stylish and, in my opinion, less geeky option in steel. While there are a variety of colors available in the aluminum casing tier, the stainless steel has exclusively been sold in silver unless you shelled out money for a link bracelet. I might be in the minority here, but I’ve always found the silver stainless steel option to look somewhat geeky, but the Space Black changes that. 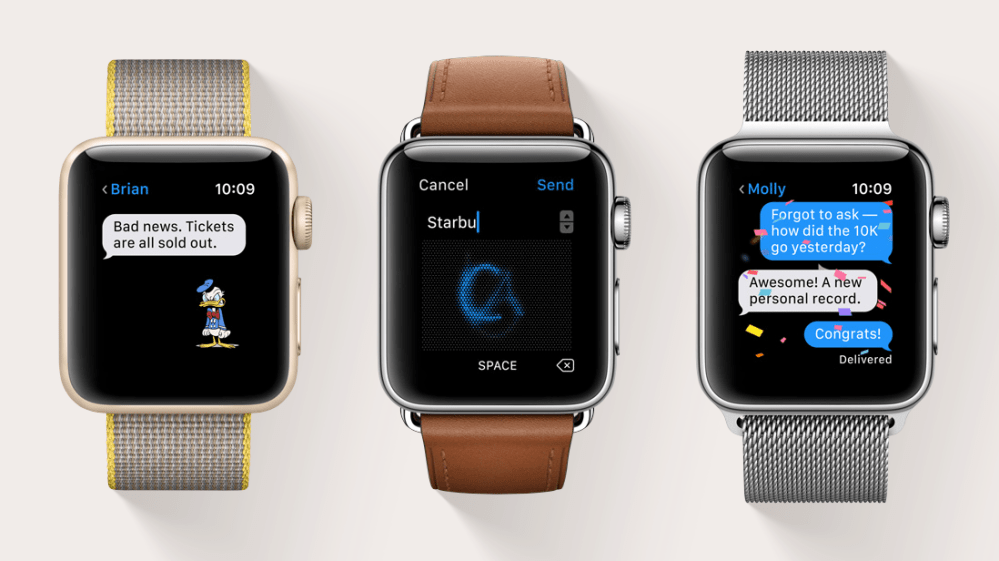 Anyway, on to the actual improvements. As I mentioned earlier, I would often go weeks without charging my Apple Watch simply because there wasn’t a reason that I had to wear it every day. While things like Activity offered some incentive, it wasn’t enough to win me over.

One thing that motivates me to wear it consistently, however, is a new feature in watchOS 3. No longer do I have to type in my password every time I turn on my Mac. With macOS Sierra and watchOS 3, a new feature called Auto Unlock allows me to unlock my Mac by simply wearing my Watch.

I also finally switched to a bank that supports Apple Pay recently, so now I can pay for items purely with my Apple Watch, giving me another incentive to wear it everyday. Additionally, with Apple Pay on the web support in macOS Sierra, I can use Apple Watch to authenticate online purchases there, as well.

It may seem trivial, but little things like these are motivation for me to actually wear my Apple Watch. Apple has always been good about making its products dependent upon one another to a point where it’s beneficial to invest in the entire ecosystem, such as with features like Hand-off. To me, however, Apple Watch felt somewhat like a lone wolf until watchOS 3, as it only really integrated with iPhone.

Building on the improvements of watchOS 3 is Activity Sharing. Activity Sharing allows me to view Activity data of other people and see how I’m doing compared to them. For instance, before watchOS 3, Zac and I would often send each other screenshots of our Activity app throughout the day to see who filled their rings the quickest. Now, we can simply share our Activity data with one another and even receive notifications when the other fills a ring. Not only does this improve sharing, it also gives me even more motivation to go out and fill my Activity rings.

Those are just software improvements, though, and they’re all available to first-gen Apple Watch users, not just Series 2. What about the hardware changes? 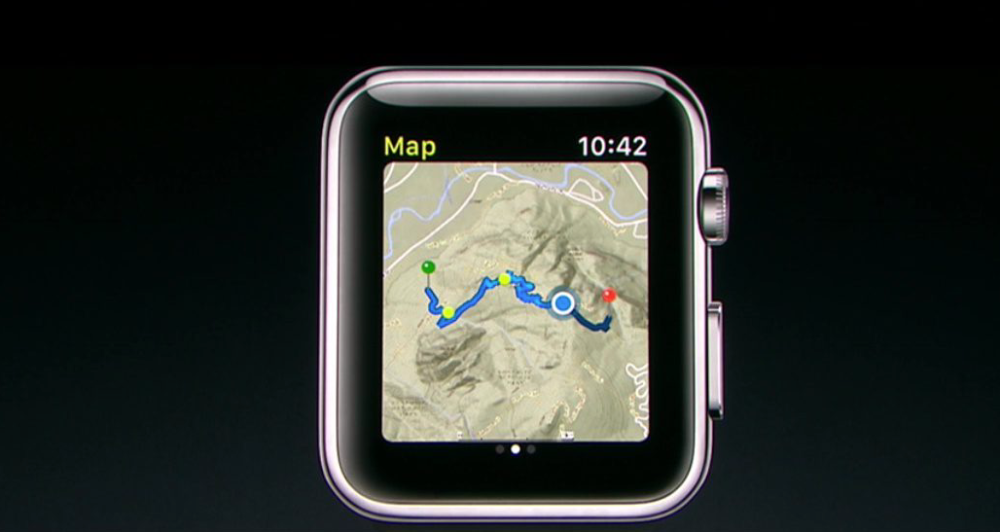 The Apple Watch Series 2, as Zac noted in his review, is powered by Apple’s dual-core S2 chip, which offers notable speed improvements over the first-gen Apple Watch. In day-to-day usage, I definitely notice a general improvement in quickness just moving about watchOS. For instance, Scribble, a feature introduced in watchOS 3, was plagued by lag to the point it was almost useless with the first-gen Apple Watch. With the Series 2, however, Scribble, is impressively quick, offering a practical way to compose messages right from your wrist.

Other tasks, such as opening apps, checking email, viewing notifications, and scrolling through the Dock are also much smoother with Apple Watch Series 2. While there are still moments of lag, the speed improvements are nothing to take for granted.

Another hardware change is a brighter display. While some have said that the display still isn’t bright enough in direct sunlight, I’ve actually found that sunlight usage is essentially not an issue with Apple Watch Series 2. I don’t have to squint to see the display anymore and it’s just generally more comfortable.

While Apple doesn’t tout any battery life improvements with Apple Watch Series 2, I’ve personally noticed a slight improvement. I generally could always make it through a day with my first-gen Watch, often getting the “Low Battery” warning as I approached midnight. With Apple Watch Series 2, though, I haven’t gotten a battery alert yet, despite being up well past midnight a couple of times. Battery life is an area where your mileage may vary, so take my findings with a grain of salt.

In terms of fitness, I’ll direct you towards Zac’s review for an in-depth look at what Apple Watch Series 2 has to offer. I’m not into swimming (I actually really despise it), so I can’t speak on that front. The GPS integration is certainly there, but seems to be bit half-baked in terms of actual mapping at this point.

The improved waterproofing, however, is nice and gives me more confidence in showering with Apple Watch and using it to control music while in the shower.

All in all, I’m actually really impressed with Apple Watch Series 2. It’s still not perfect and has moments where it still feels like a beta product, but progress is being made. The speed improvements finally make it so that, in most instances, it’s quicker for me to use my Watch to do certain things as opposed to pulling out my phone. Additionally, watchOS 3 gives more incentive for me to actually wear my Watch everyday.

There are still things I would like Apple to improve, however, including the design. Apple Watch Series 2 is actually slightly thicker than the first-gen model, and while it’s hardly noticeable, I’ve always thought the Apple Watch was a tad too thick to begin with. Nevertheless, I’m still in love with the Space Black color choice.

For now, I’ll definitely be charging and wearing my Apple Watch everyday. While it’s possible that could change as time progresses, Apple has finally given me reason to do so with things like Auto Unlock and Apple Pay on the web authentication.

Did you purchase Apple Watch Series 2? How are you liking it? Let us know down in the comments…