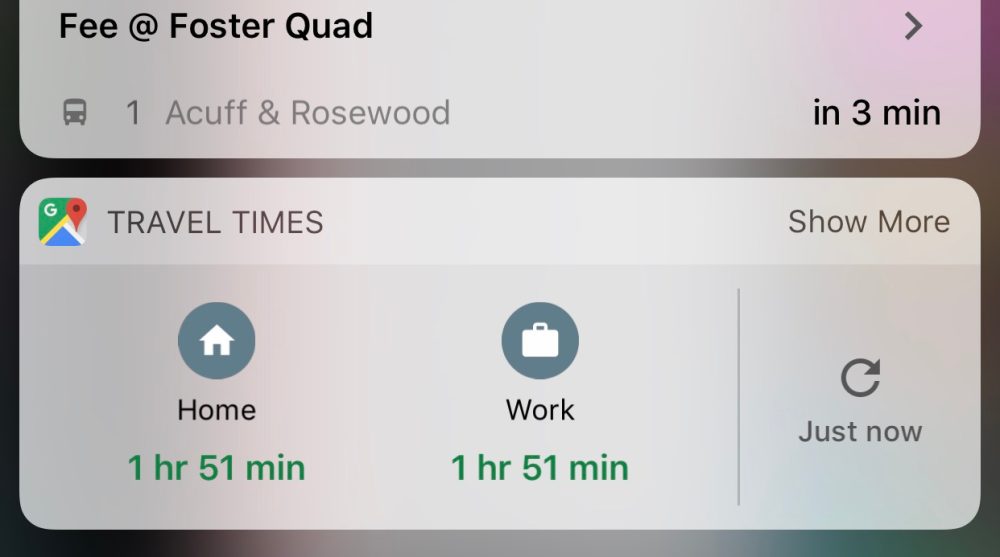 Google today has released a nice update to Google Maps for iOS users. The update, which bumps the app to version 4.23.0 includes enhancements to reviews and location descriptions, as well as iOS 10 optimizations and widget support.

First off, the update adds the ability to upload photos alongside any reviews you write for Maps. This will be very beneficial when it comes to researching for a place, as you should now see images associated Maps locations more often.

Most notably for iOS 10 users, however, is a set of redesigned widgets for “Nearby Transit” and “Travel Times.” The former shows the nearest transit options that are available, while the latter shows the estimated drive time to your home and work locations. With iOS 10, Apple revamped how widgets are handled and displayed and Google Maps now takes advantage of those changes.

The full changelog is below:

The latest version of Google Maps for iOS is available on the App Store for free.