iPhone 7’s new solid state Home button has been met with mixed reactions thus far. While the switch to a non-mechchancial implantation means there’s one less moving part to fail, it also comes with its own fair share of pitfalls. Apple, however, appears to have built in a new safeguard in the event the Home button does fail…

As noticed by a user on MacRumors Forums, if the solid state Home button fails, iOS 10 immediately offers a software button workaround and a notification warning that “The Home Button May Need Service”.

In this particular instance, it’s unclear what caused the iPhone 7 Home button to fail, though the user reports that the warning first appeared after the device was plugged into a charger. From there, the user rebooted it and the error went away at first, but came back eventually. “The Haptic engine kept firing 3-4 times in a row for every ‘press.’ I restarted again and it’s back to not working,” the user said.

It’d be interesting to know what caused the solid state Home button to fail, as it seemingly should be much more reliable than the physical button. Presumably, though, it’s somehow related to the Taptic Engine.

What’s also interesting about this is how Apple brings up a software Home button to remedy the problem. It’s been widely rumored that Apple will ditch the Home button altogether with the 2017 iPhone and that the iPhone 7’s solid state option is a way to ease users into the change. While the software button that appears when the solid state Home button fails is similar to the Assistive Touch accessibility option, the way it appears on the screen could potentially foreshadow the beginning of Apple’s plans for a software Home button.

Nevertheless, it’s reassuring to see that Apple has accounted for possible failure of the solid state Home button this time around. It’s especially notable considering the physical Home button was one of the parts that failed the most with previous iPhone models. How the new home button will hold up in comparison over an extended period of time remains to be seen.

Have you had your iPhone 7 Home button fail? Let us know in the comments. 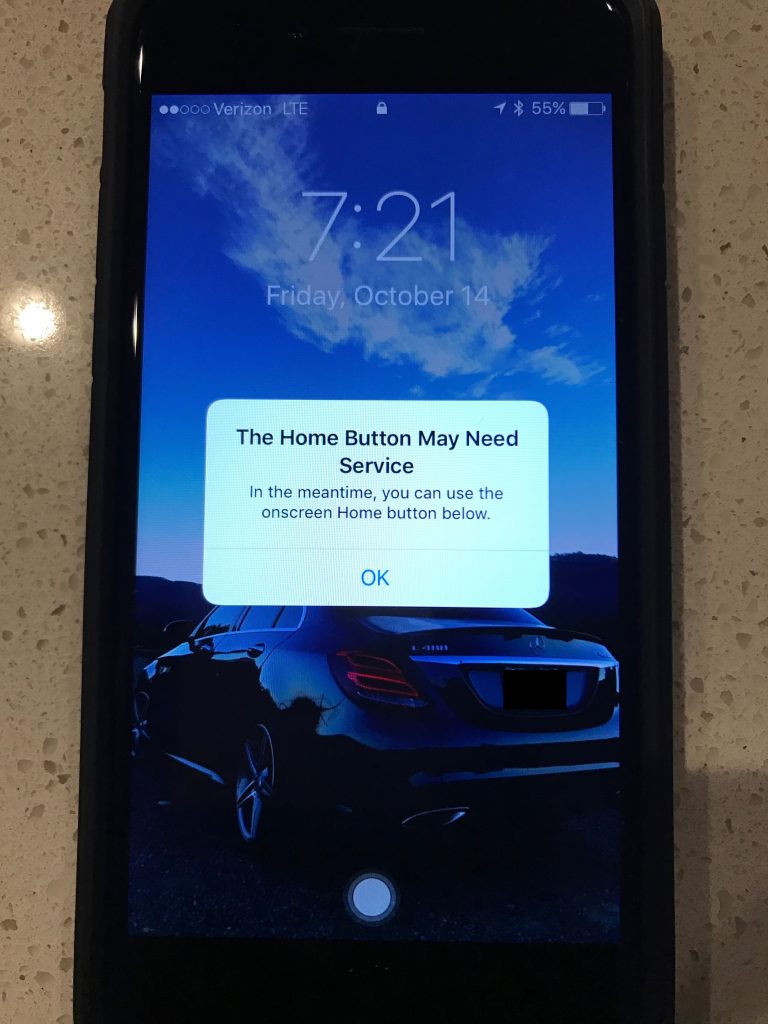