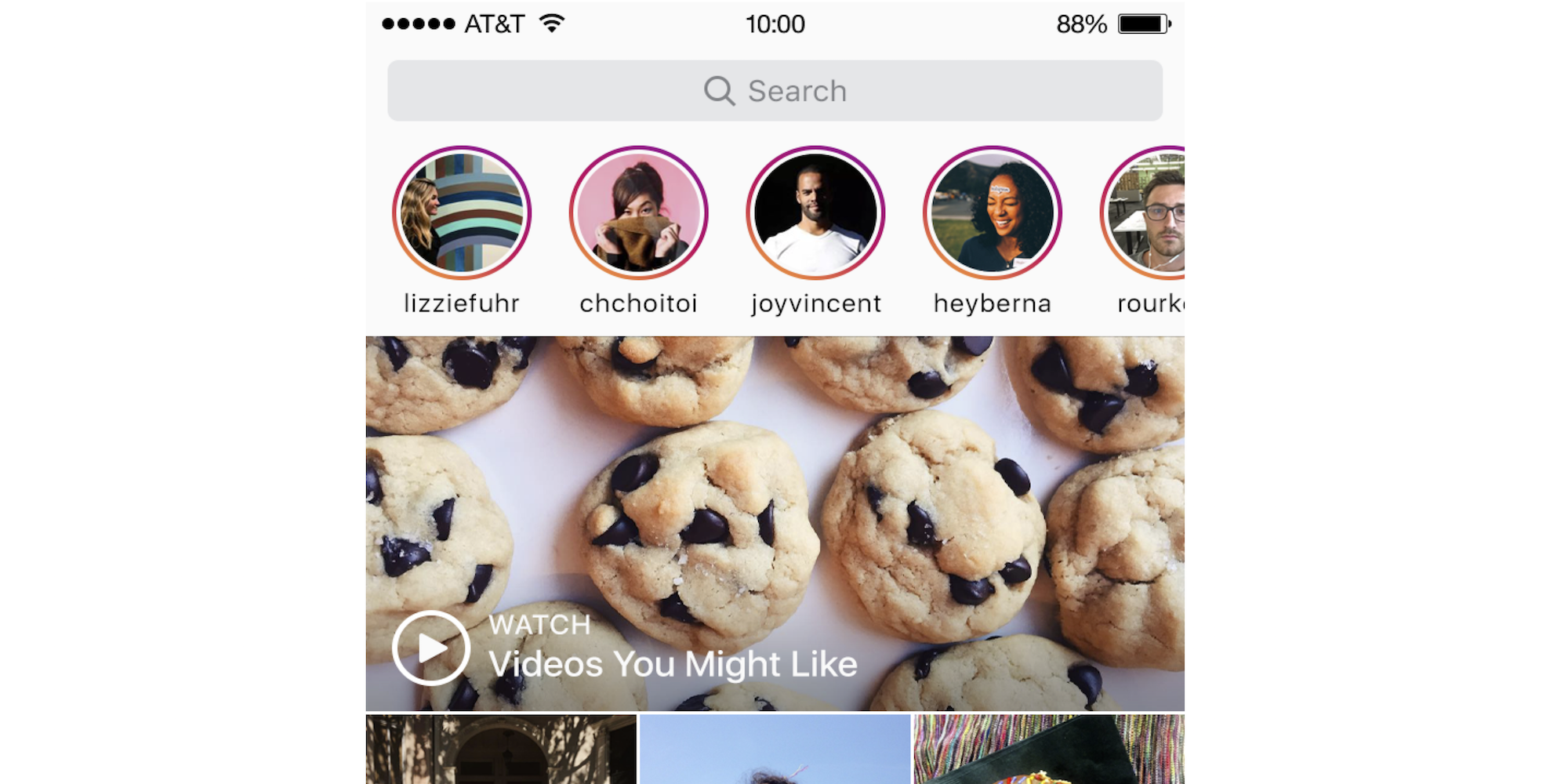 After launching Instagram Stories in August, today Instagram will start to promote Stories created from people you don’t follow within the Explore tab. That announcement comes as Facebook today started allowing at least some users to test its similar Snapchat-like functionality called ‘Messenger Day’.

Instagram Stories are essentially slideshows of photos and video clips that users can also add various effects to. The new feature was quite familiar to those that use Snapchat’s very similar feature also called Stories, as is Facebook’s new Messenger Day feature being tested with a small but growing group of users.

At the top of the Explore page, you’ll see a new suggested stories section that highlights the most interesting stories from across Instagram’s vast global community — and like the rest of Explore, the stories you’ll see are personalized to your interests.

Stories should begin appearing in the Explore for all Instagram app users starting today.

Like Stories, some Facebook users in Australia (via Mashable) today started getting access to a new feature called ‘Messenger Day’ that appears to be rolling out to a limited number of users.

The feature lets users compile photos and videos, add drawings and stickers, and share with others in a feed that deletes content after 24 hours.

Holy crap, they've built Snapchat into Facebook Messenger as "Messenger Day". I must be on some sort of A/B test. pic.twitter.com/hv3I8ubqEG