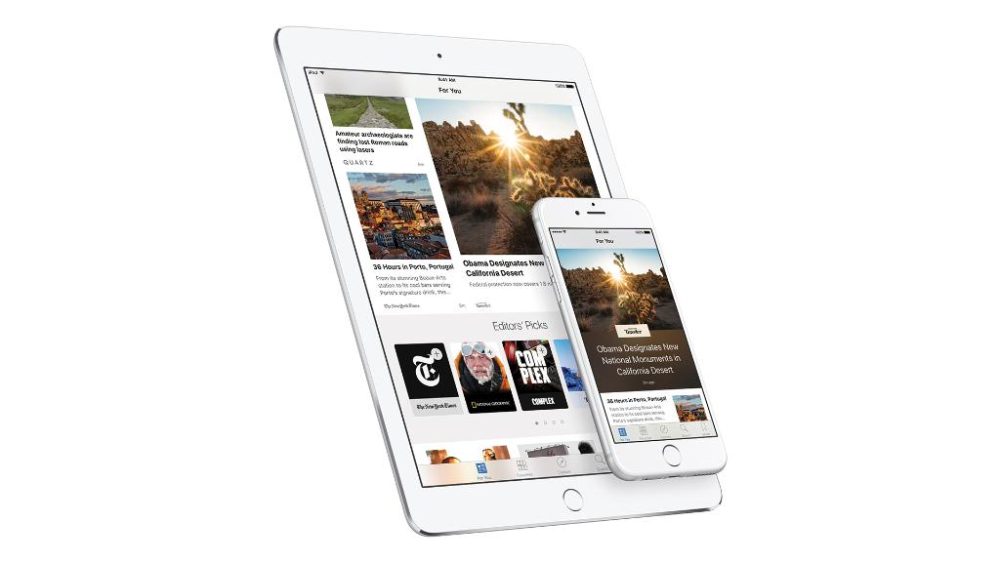 Apple announced at the start of this year that its iAd network was going away over the summer, which affected advertising in its story aggregating News app in iOS 9 and later. Today Recode is reporting that Apple has inked an exclusive deal with NBCUniversal that lets them run ad sales for Apple News.

Publishers who put content on the app can still sell their own ads and will keep 100 percent of the revenue from any ads they sell. The new deal means that NBCUniversal, instead of Apple, will sell any remaining ad inventory.

As before, publishers will keep 70 percent of those sales. In a note to her staff, NBCUniversal sales boss Linda Yaccarino said her organization would create a dedicated sales group for the app.

The report notes that Apple will still allow publishers to sell their own ads, but NBCUniversal is picking up the ad sales business that Apple decided it didn’t want a part of earlier this year.

The dedicated group within NBCUniversal that will be in charge of this effort suggests it will be a significant shift from Apple’s current advertising efforts within the News app. The change is set to take effect in January according to the report.

Recode also reports that Apple says its News app is now up to 70 million unique users; Apple News is pre-installed on iPhone, iPad, and iPod touch with iOS 9 and later, but the service is only available in the United States, United Kingdom, and Australia. Apple News had around 40 million users this time last year.

Nieman Lab has also published a piece that goes deeper into the numbers behind Apple News. The article dives into growth in Apple News readership that CNN and Bloomberg have seen since iOS 10:

CNN, for example, says its Apple News content got 36.5 million unique readers in September, a major increase from August’s 5 million. Its pageviews also increased significantly to 274 million, up from 43 million a month before.

The increase seems to be in part due to notifications from Apple News that started working after the iOS 10 redesign. CNN’s first alert through Apple News reached 188,000 users when iOS 10 launched in mid-September. That number increased to 3.7 million users by October 30.

Bloomberg, too, has benefited from the update. Unique visitors to its Apple News content spiked 500 percent in October, thanks to a combination of regular inclusion in the Apple News “Top Stories” section and interest in its breaking news notifications.

Monetization and seeing a similar effect across other publications like Slate, for instance, remains an opportunity as the piece details. The Apple News deal with NBCUniversal will likely tackle the first half of that equation.

You can find 9to5Mac, 9to5Toys, 9to5Google, and Electrek on Apple News.