Just over a month after launching Apple Pay on the web to bring the payments service to website checkouts via its Safari web browser, new data shows Apple has already made it into the top five payment technologies online.

SimilarTech tapped into its platform that tracks over 30 billion webpages each month and shows that Apple Pay is already the 5th most popular payment platform used by the top 10,000 websites. It maintains the fifth position among the top 100k websites, too.

Since launching in September alongside iOS 10 and macOS Sierra releases, the data shows that Apple is now available on 0.25% of the sites: 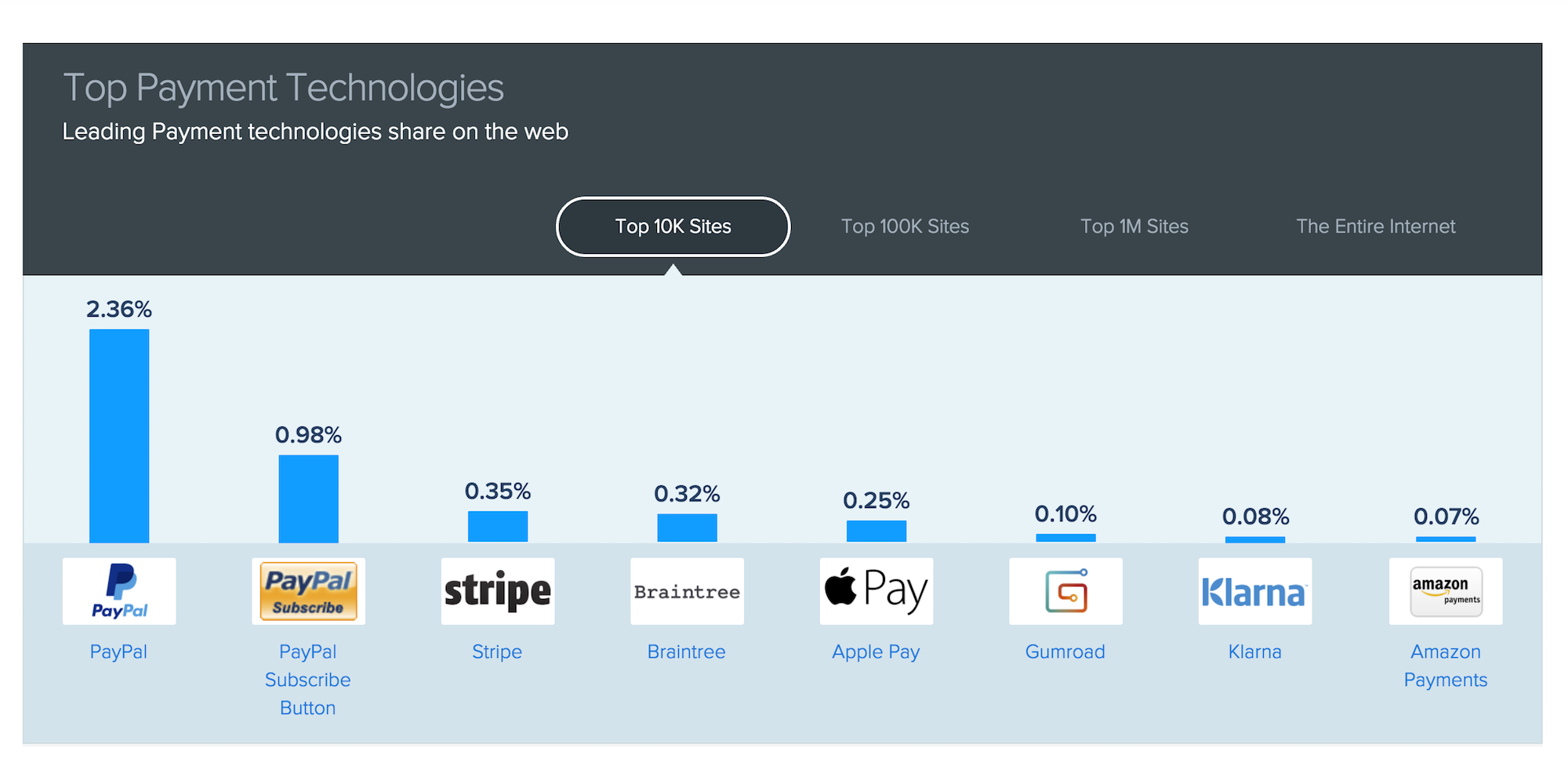 The data puts Apple Pay on the web ahead of Google Wallet, Amazon Payments, and over 50 other online payment technologies when it comes to the top 10,000 websites tracked by SimilarTech.com. Apple remains in the fifth position at 0.11% if looking at the top 100k websites as well. But since Apple Pay on the web just launched in September, it’s notably on much fewer websites in total so far compared to the competition.

Currently Apple Pay is only available on 1,035 websites in total according to the data (when not limiting to the top 10k websites). Compare that with over a million for PayPal, 38,000+ for Stripe, 13,000+ for Google Wallet and 8500+ for Amazon Payments. While Apple is on far fewer sites in total, its presence on the top 10k websites less than two months after launch shows it could soon overtake competitors and nip into PayPal’s market dominance.

SimilarTech’s Marketing Director Daniel Buchuk calls Apple’s success with Pay on the web in recent months a “meteoric rise in an incredibly difficult category,” noting that competitors like Stripe, Amazon, Google and Braintree have had years to secure their positions.

Earlier this week Apple launched a new promotion for Apple Pay on the web, offering up curated deals from a growing list of third-party retailers this week. The service could also get a boost to usage when the new MacBook Pros that went on sale late last month arrive to customers in the coming weeks. That will be the first Mac to include a Touch ID sensor for using Apple Pay on the web without the need for an iPhone or Apple Watch to authenticate payments.

The company is expected to start shipping its new MacBook Pro with Touch Bar later this month.