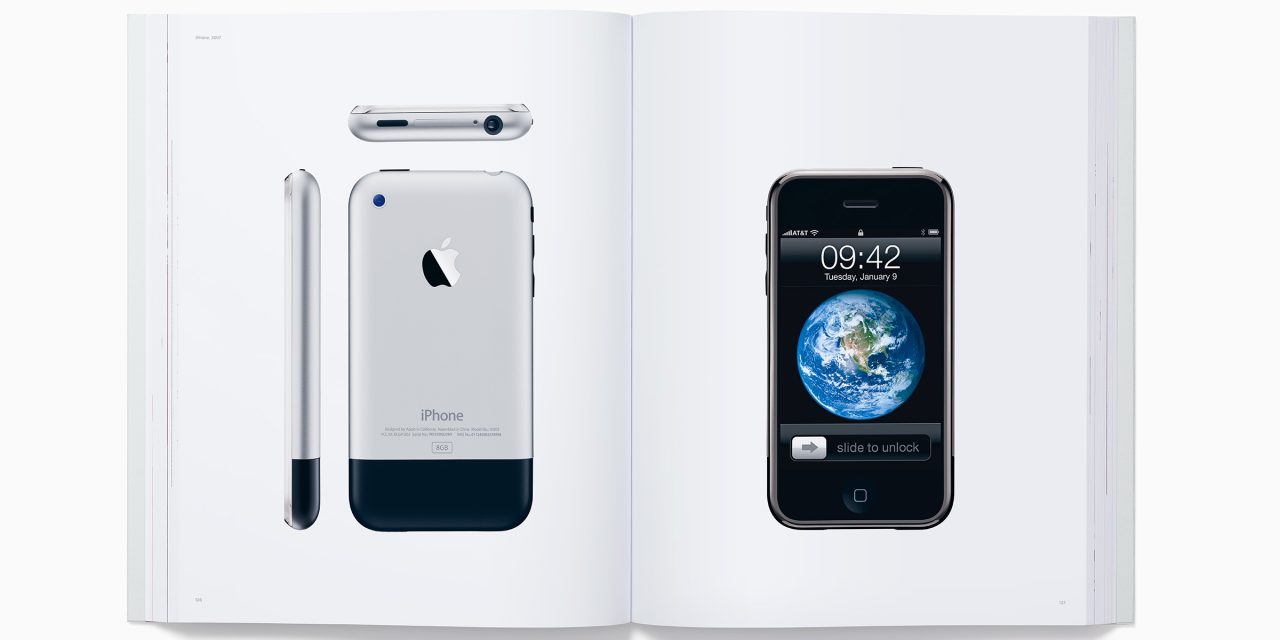 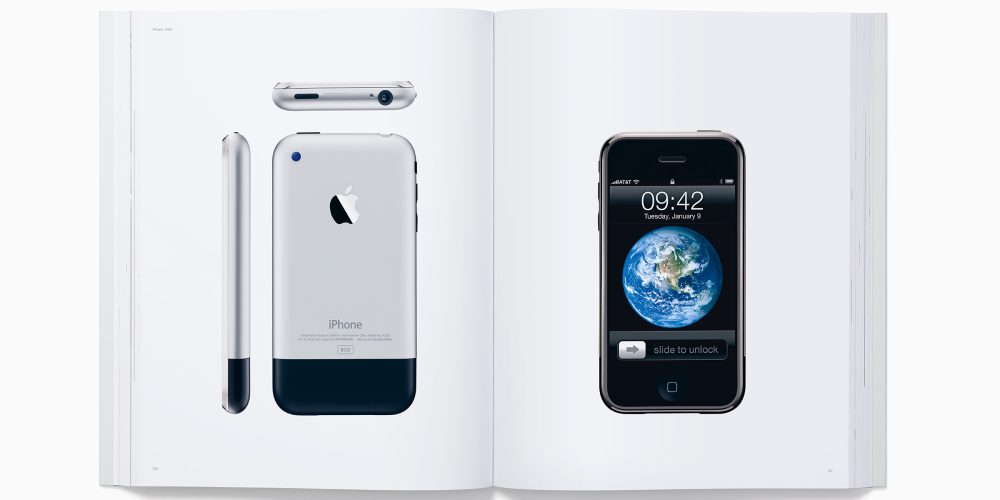 Update: The ‘Designed By Apple In California’ book is now available to buy at Apple Stores, if you are so inclined. Both sizes, $199 small or $299 large, are shipping in one business day in the United States. Original story below …

Apple has announced a new hardbound book, available for $199 or $299 online at Apple.com and Apple retail stores from tomorrow, which charts a 20-year history of Apple design from the iMac in 1998 to the Apple Pencil in 2015. The book features 450 photographs of Apple products new and old, including iPhone, iPod and Apple Watch.

The book is called ‘Designed by Apple in California’ and is dedicated to Steve Jobs. Jony Ive has also conducted in a video interview discussing the commemorative book.

The book is available in two sizes and printed on specially milled, custom-dyed paper with silver edges. According to Apple, the book was created over an eight-year period and is published by the company itself, not a third-party.

The full-page images inside are shot by photographer Andrew Zuckerman and show off the finished products in addition to the design process. ‘Designed by Apple in California’ features  total of 450 images spanning twenty years of Apple product design.

Here’s how Jony Ive describes the purpose of the book:

While this is a design book, it is not about the design team, the creative process or product development. It is an objective representation of our work that, ironically, describes who we are. It describes how we work, our values, our preoccupations and our goals. We have always hoped to be defined by what we do rather than by what we say.

It is described as a photo archive, focusing predominantly on the full-page imagery of iPhone, Apple Watch, iPod, Mac and more. In the press release, Apple SVP Design Jony Ive says that the book is an archive of work: “This archive is intended to be a gentle gathering of many of the products the team has designed over the years. We hope it brings some understanding to how and why they exist, while serving as a resource for students of all design disciplines.”

By the way, for a substantially cheaper photo book of Apple design, Jonathan Zufi published Iconic: A Photographic Tribute to Apple Innovation for $50 hardcover in 2014. It’s not official nor as fancy as the new Ive book, but it is a quarter of the price!