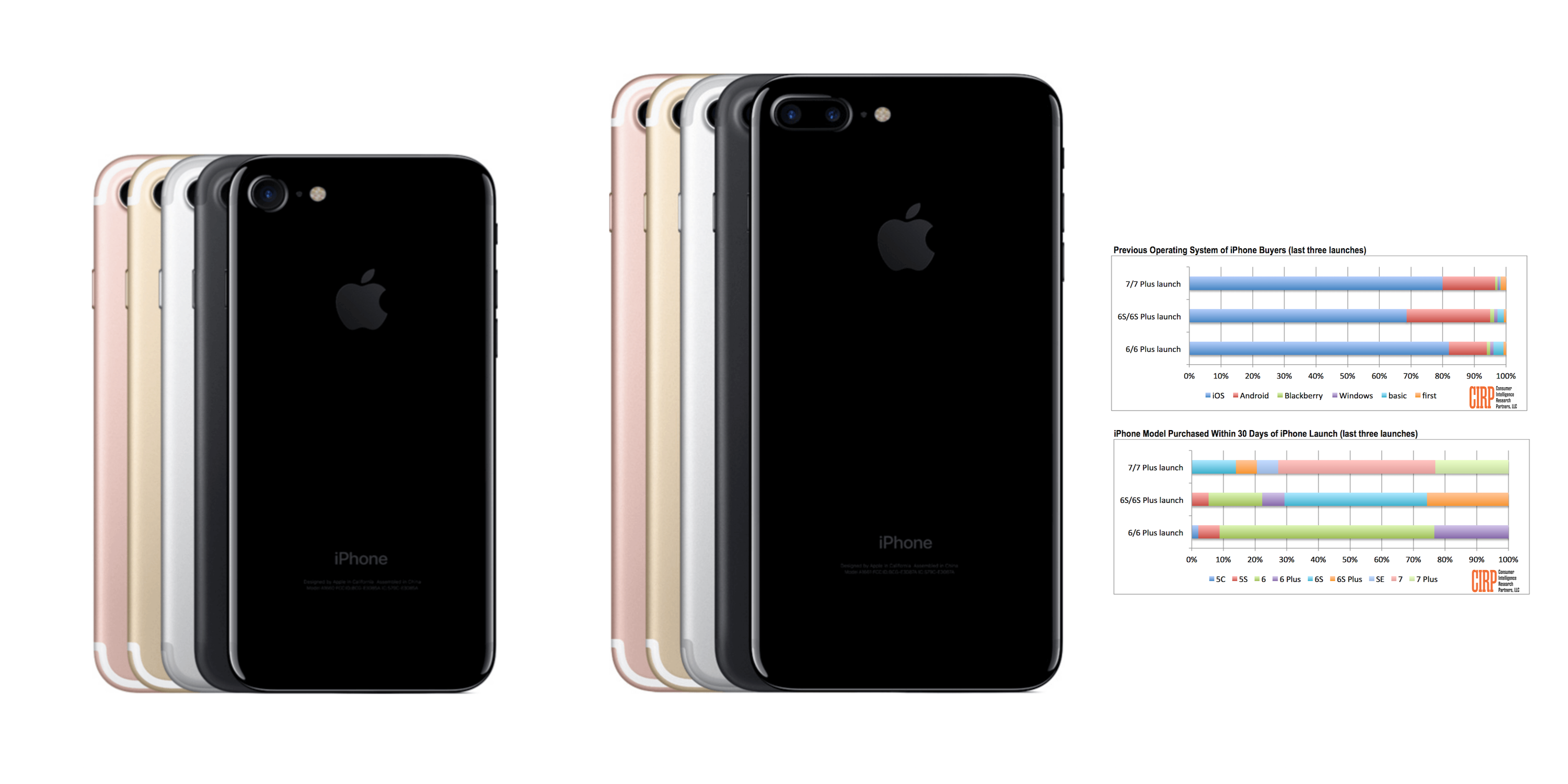 As for Android switchers, the report notes that the amount of customers switching from an Android device was up to around 17% this year, up from 12% for the launch of the iPhone 6 and 6 Plus. CIRP notes, however, that the amount of Android switchers doesn’t seem to be a major contributor to the overall success of recent iPhone launches, with the highest number of switchers found during the least successful launch: 26% for the iPhone 6 and 6 Plus.

“The two more successful iPhone launches in the last three years were driven by existing loyal iPhone owners who upgrade to a new iPhone model, and rely less on Android owners who switch to an iPhone,” said Mike Levin, Partner and Co-Founder of CIRP. “When Apple launched the less compelling iPhone 6S and 6S Plus models in 2015, existing iPhone owners essentially sat out the upgrade cycle. Then, 26% of iPhone buyers came from Android, while after the very successful iPhone 6 and 6 Plus launch in 2014, only 12% of new iPhone buyers can from Android.”

Apple has made a point of highlighting record Android switchers at its recent earnings calls and indeed said it had more Android to iPhone switchers than ever before during its fiscal Q4 call with investors last month. 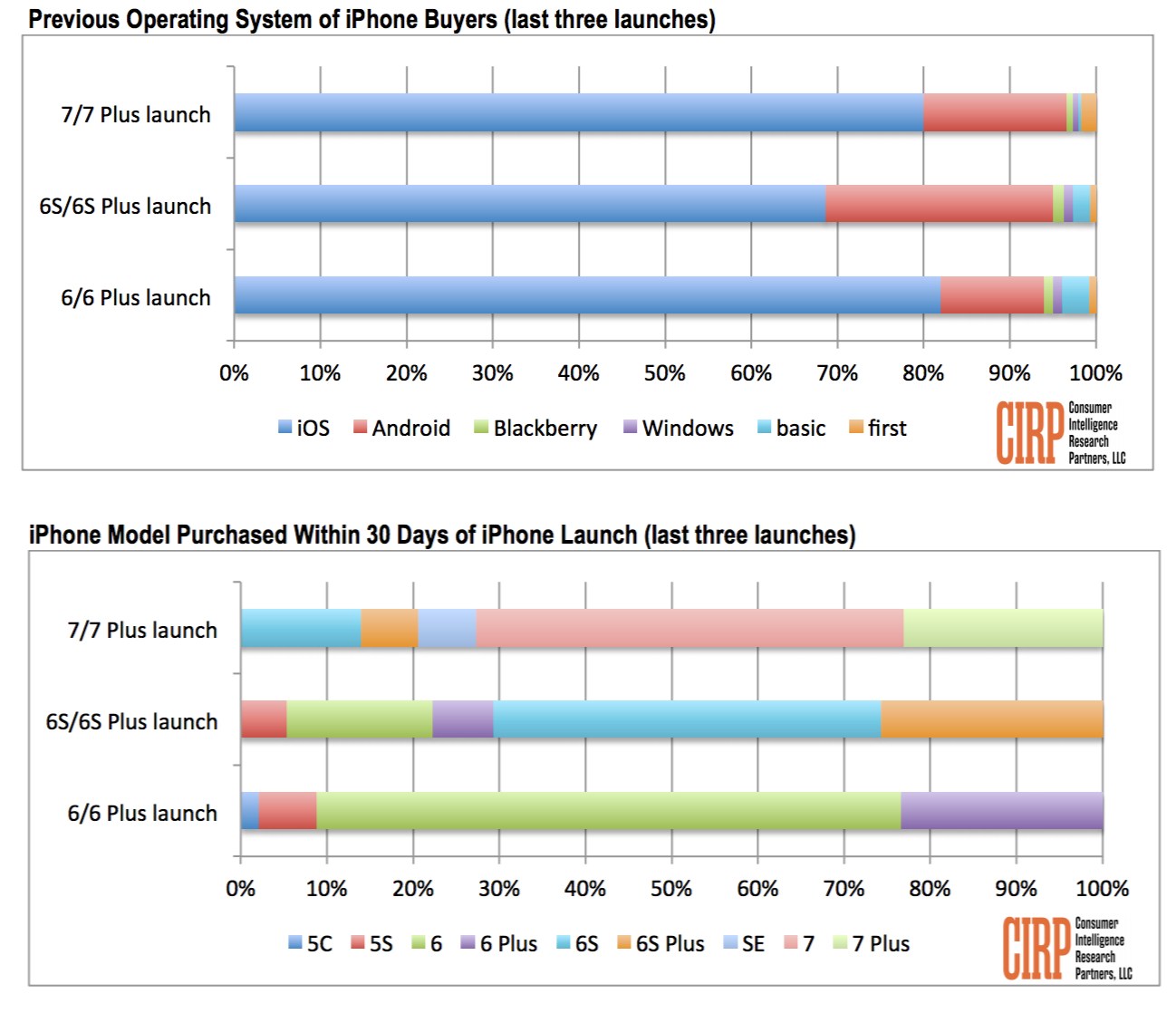 Users coming from other platforms, like BlackBerry and Windows, accounted for an additional 5% of new iPhone buyers, according to the report from CIRP.

While Apple never announced specifics on iPhone sales and only shared sales numbers and stats through carrier partners this year, a report late last month noted that iPhone 7 and 7 Plus accounted for around 43% of all U.S. iPhone sales in Q3. Apple’s Q4 earnings report last month covering the July to September quarter was its first to include sales of the new iPhones. Apple reported sales of 45.51 million iPhones, down from 48 million iPhones in the year ago quarter.