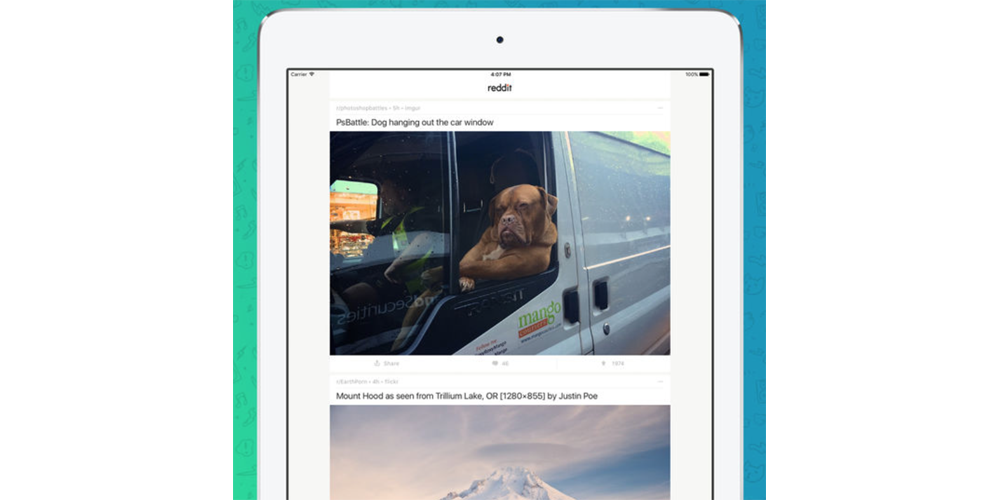 It seems amazing that the official Reddit app has taken this long to add iPad support following the iPhone-only launch back in April, but it’s finally happened as the company has launched version 2.0. iPad support is the only new feature, alongside bug fixes for Reddit Live …

There are no additional features in the iPad version, it just looks less silly on an iPad screen.

The lack of iPad support has been all the more surprising given that Alien Blue, acquired by Reddit back in 2014, had an iPad-specific version that made it a popular choice.

Third-party apps remain popular even on iPhone, though a number of them briefly disappeared from iTunes earlier this year as Apple seemingly flagged them for NSFW content.