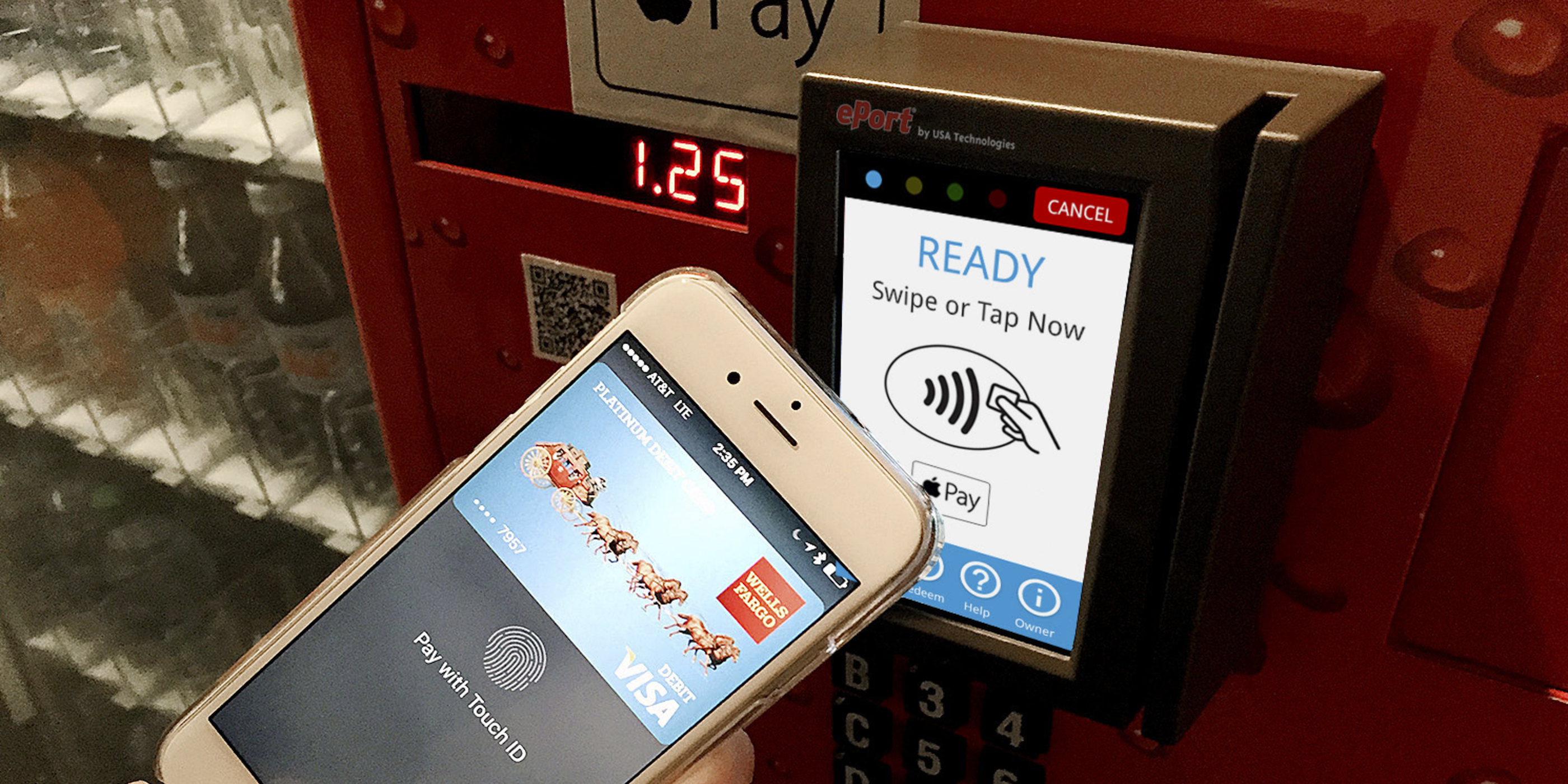 The study offers evidence that Apple Pay messaging on the machines resulted in an increase of mobile transactions by as much as 135%, while transactions in general were up 44.6% and overall sales up 36.5%.

The results were published by USAT after the company tracked sales on 35 of its vending machines using Apple Pay through its point-of-sale platform in the US.

“Based on our study, we believe that when businesses and operators present consumers with the option to pay for items with Apple Pay, the number of mobile payments made and the amount spent, increases,” said Maeve McKenna Duska, senior vice president of marketing and sales, USA Technologies…the numbers provide evidence that negative seasonality trends may be tempered, and even reversed, by telling consumers they have an option to pay with Apple Pay.”

Earlier this month a separate study showed how Apple’s recently launched Apple Pay on the web feature, which allows the payments service to be used for website checkouts, is quickly gaining share among other popular online payment platforms. Usage of that feature could soon see an increase as Apple’s new MacBook Pro that officially launched last week is the company’s first Mac with a built-in Touch ID sensor to authenticate payments.