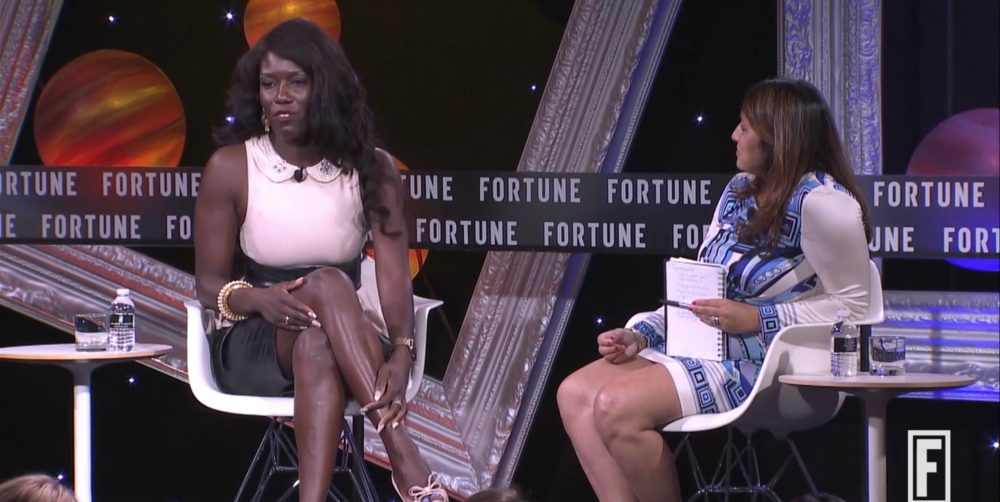 Apple Music exec Bozoma Saint John was in attendance Fortune’s Most Powerful Women Summit this evening. Saint John, who joined Apple through the Beats Music acquisition, has become one of the more vocal members of the Apple Music team and earlier this year, a “power lunch” with her was auctioned off for $10,500.

At the Most Powerful Women’s Summit, Saint John sat down for a one-on-one interview with Fortune technology reporter Leena K. Rao. The interview focused on some Saint John’s personal mantras and beliefs, with the Apple Music executive taking the time to encourage women to be confident with who they are, not worry about who they aren’t:

I can’t hide, can’t be white or blond, can’t be someone I am not. So I have to be all of everything that I am.

Saint John also spoke of her experience in moving to the United States and how that move inspired her to be confident in who she is. In speaking of the move, Saint John remarked that she was “like a tumbleweed” and that “at 13, I learned what it meant to walk into a room and not care what everybody thinks of you.”

A variety of images rolled in of Saint John at the event, some of which can be viewed below. There’s currently no video of the full interview, but we’ll be sure to update when there is.

@SaintBoz on confidence: can't hide, can't be white or blond, can't be someone I am not. So have to be all of everything that I am. WOW 💗

We are powerful chicks on the rise y'all. Look out. 👀💃🏿💪🏿 @fortunemag Most Powerful Women: Next Gen summit on stage in a 1:1 with @LeenaRao pic.twitter.com/nP0t9YC7j0

It was such an honor to see @SaintBoz at #FortuneMPW She is the diva that inspires women in tech like me! pic.twitter.com/HKM3gxQxxn