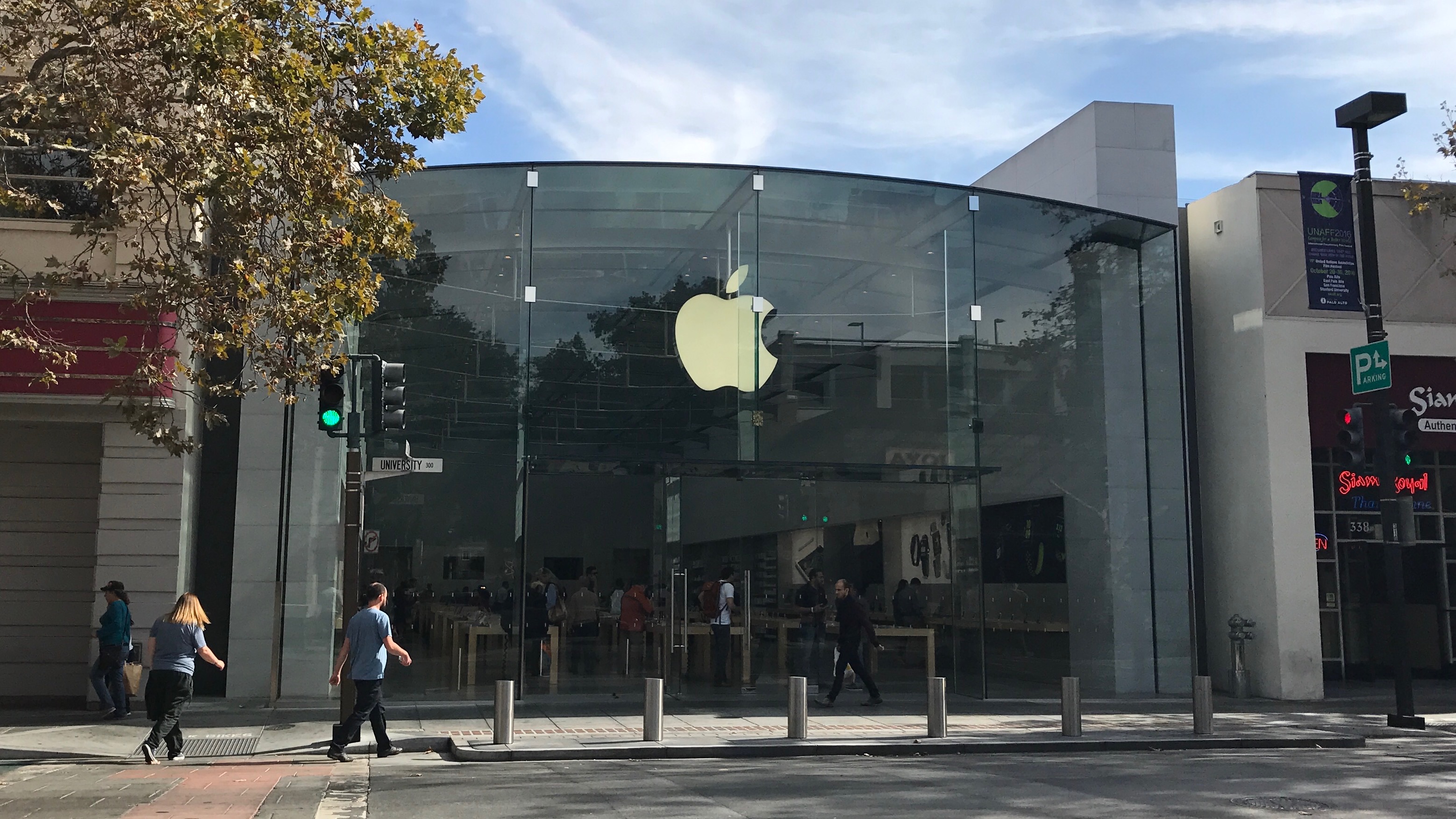 The Apple Store on University Avenue in Palo Alto, California, was damaged early Sunday morning from an overnight hit and run burglary. Photos from the scene below show the damage…

Parts of the store front were shattered when four suspects drove a Kia Soul through the glass exterior, according to The Mercury News:

“This was a pretty brazen act,” said Palo Alto police Sgt. James Reifschneider said, “when somebody breaks their way into a business after hours and uses a vehicle to force their way into a store.”

Responding officers found a gray 2016 Kia Soul on the sidewalk with major damage. A 40-foot tall shattered glass window was still hanging in place, although the vehicle had broken a hole toward the bottom of the panel.

While barriers protect the glass store front from traffic accidents, the suspects were able to drive the SUV along the sidewalk and into the building to create a small opening in the glass panel.

Exactly how much merchandise may have been stolen during the break-in has not been reported.

Images shared online from the scene today show a black barricade around the store front during the cleanup process this morning.

This particular Apple Store is frequently visited by company executives during new product launches given its close vicinity to Apple’s campus in nearby Cupertino. Most recently, CEO Tim Cook marked the launch of the iPhone 7 at the University Ave. retail store.